Attack of the solar dust bunnies

Just a couple of weeks ago, I wrote about a hoax-gone-viral in which a Clickhole piece convinced a lot of folks that Adam Sandler was the next Nostradamus.

This week, it's yet another case of people not understanding the meaning of the word "satire."  We have a claim on Huzlers.com that in December, a "solar storm" will cause "six days of darkness."

Here's how it was presented:


NASA has confirmed that the Earth will experience 6 days of almost complete darkness and will happen from the dates Tuesday the 16 – Monday the 22 in December. The world will remain, during these three days, without sunlight due to a solar storm, which will cause dust and space debris to become plentiful and thus, block 90% sunlight.

This is the head of NASA Charles Bolden who made the announcement and asked everyone to remain calm. This will be the product of a solar storm, the largest in the last 250 years for a period of 216 hours total.

NASA spokespersons, the article said, say we shouldn't panic, despite the shocking announcement:

Readers are then told to tweet links to the story along with descriptions of what they plan on doing during the blackout, using the hashtag #6DaysOfDarkness.

If the article itself isn't enough to cause a bruise-inducing facepalm, then wait till you hear what happened next.  The story went viral, zooming all over Twitter and Facebook.  Huzlers.com, recognizing a clickbait treasure trove when they saw one, responded with a cobbled-together video from NASA director Charles Bolden (you can see it here; it's actually part of a video about natural disaster preparedness, but viewed from the standpoint of someone who already believed in the solar blackout, you can see why it'd be a little alarming).

Panic ensued.  I've already seen the story at least five times on Facebook, along with hysterical tag-lines like, "Is it actually worse than they're telling us?" and "What if it stays dark?"

Okay.  Let's clear a few things up right from the get-go.

There are such things as solar storms, but this is not how they work.  Solar storms are better known to scientists as coronal mass ejections, and they are massive bursts of plasma (along with the associated effects on the electromagnetic field) that do occasionally strike the Earth.  They play hell with satellites, radio transmission, and electrical delivery systems, and (on the upside) create gorgeous auroral displays. 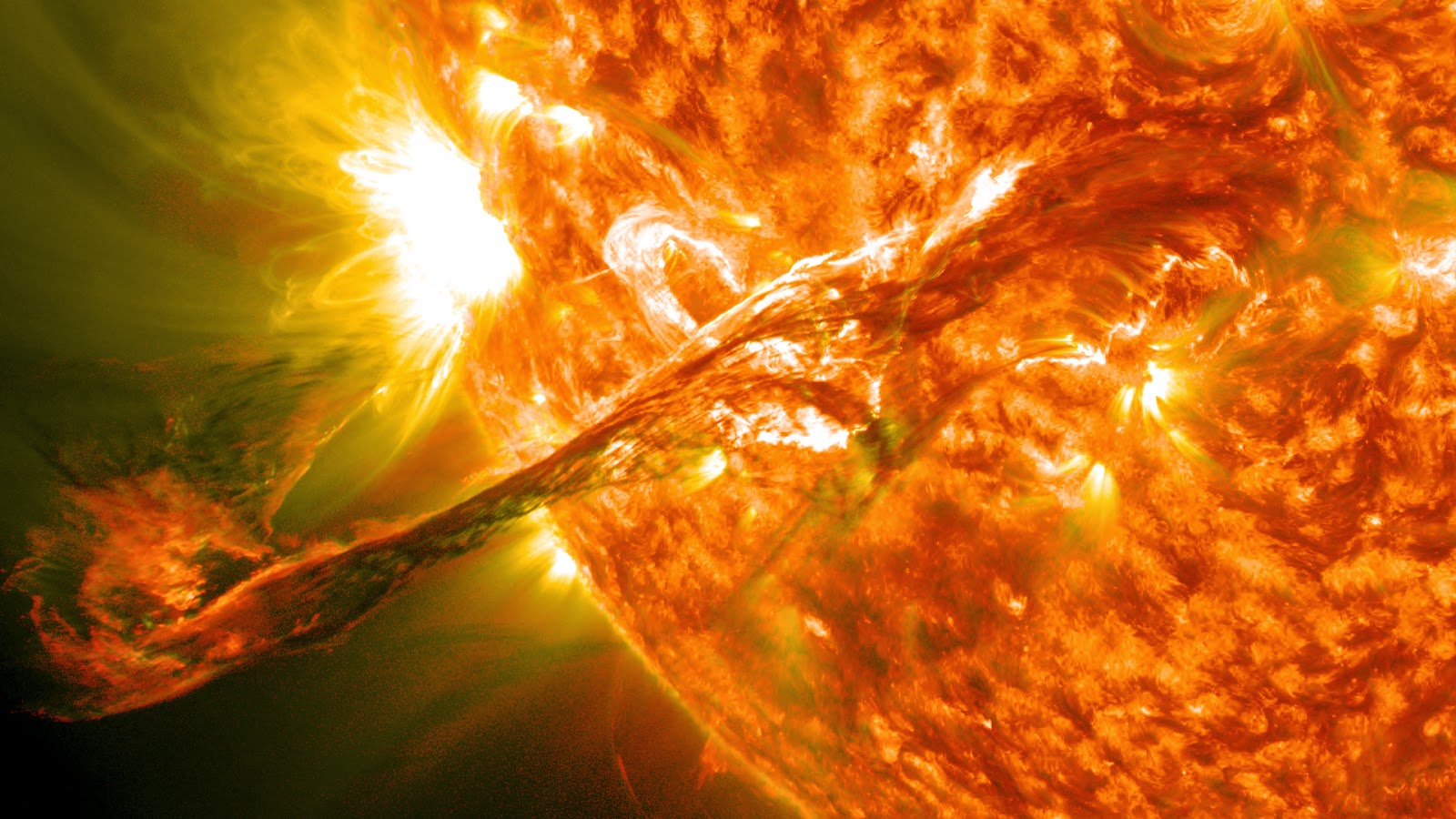 But they do not eject "dust and matter" sufficient to block out sunlight.  The sun, last time I consulted my college astronomy texts, is not some kind of Giant Celestial Dust Bunny, occasionally coughing up clouds of stellar schmutz in our direction.

I think that's what gets me about these viral hoaxes, you know?  It's not that I expect satirical sites to stop satiring; that's their stock in trade, after all.  But the fact that this nonsense gets spread all over, and (worse still) is taken seriously, is inexcusable in this day where a quick trip to Wikipedia would be sufficient to see if such a claim is even in the realm of possibility.

Fact check, people.  Fact check.  Or even better; learn some science.  I know it's a radical suggestion, but fer cryin' in the sink, it's not that hard.  It's the best insurance against being taken in.  Better than Wikipedia, better even than Snopes.  Learn enough science to rely on your own brain's evaluative ability, and keep the satire in the humor section where it belongs.
Posted by Gordon Bonnet at 2:39 AM