Ignorance and fear go together.  They grow in the same environments, and feed off each other like some sort of bizarre pair of symbiotic life forms.  The antidote to both is knowledge and understanding.

It's astonishing, though, how resistant some people are to taking that particular medicine.  For example, consider what happened last week in Louisville, Kentucky, where a teacher resigned over parental fears that she was carrying Ebola after a trip to Africa.

Susan Sherman, a religious education teacher at St. Margaret Mary Catholic School, had recently returned from a mission trip to Kenya.  When she got back home, the administration required her to produce a health note from her doctor, and to take a "precautionary 21 day leave."

Parents began to call in with concerns.  Would she be quarantined during that time?  What if this wasn't sufficiently long to cover the incubation period of the disease?  Was it safe to let her come back at all?

Can we just clarify one thing, here, to you provincial Americans who failed high school geography?  Africa is not one country.  It's lots of countries.

And it's freakin' huge. 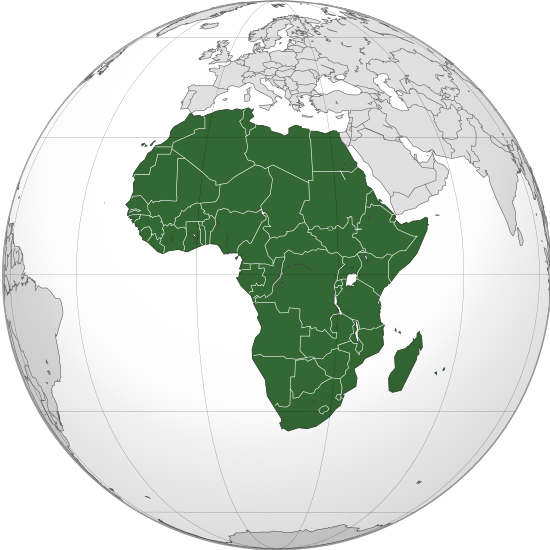 The continent of Africa is larger than Europe, China, India, and the United States combined.  The distance between Kenya (where Ms. Sherman was) and Nigeria (the nearest country that had a case of Ebola in the recent outbreak) is about 2000 miles -- about the same as the distance between Washington, D. C. and Phoenix, Arizona.

So if there'd been some cases of Ebola in Arizona, would you force teachers in Washington, D.C. to take 21-day leaves "just in case?"

Look, I understand why people panic about this thing.  Ebola is one terrifying virus.  The end stages of the disease are about as grotesque as anything I can think of.  But the situation isn't going to be helped by succumbing to the media's perpetual fear-talk.


So basically: calm down.  The likelihood of this becoming a global pandemic is slim to none.

Not that this is going to help Ms. Sherman, who is now out of a job because of the ignorant fears of a few parents, and an administration who didn't have the sense to stand up to them.  Instead of telling those parents, "Read the medical literature.  Also learn some geography," they allowed hype to rule the day, in the name of "precaution."

And in the end, the students and staff of St. Margaret Mary Catholic School were exactly as safe as they were to start with (i.e., very safe), and a teacher who decided to go to Kenya to help people is having to search the employment ads.
Posted by Gordon Bonnet at 2:48 AM