It is a minor mystery why someone would volunteer for a job (s)he is clearly unqualified to do.

For example, I would not volunteer for my school district's Technology Advisory Committee.  My prehistoric understanding of technology is legendary in my school.  My general approach to computers is, "Thag push 'on' button."  If that doesn't work, my reaction is, "Thag no like!  Thag hit computer with rock!"

So any input I might have about advancing our school's technology program would be more or less meaningless, unless it involved making sure each classroom came equipped with a rock.

The whole thing comes up because of the House Committee on Science, Space, and Technology.  Because it seems to me like this committee -- which, by the name, you would think is comprised of people who are well-versed in science -- is largely populated by people who would make the aforementioned Thag look like a Rhodes Scholar.

First, we have Dana Rohrabacher (R-CA), a climate change denier who referred to the findings of 97% of the world's climate scientists as "liberal claptrap."  About the issue, he made the following baffling statement:


Once again those with a global agenda have created a straw man by misrepresenting the position of their critics. I do not believe that CO2 is a cause of global warming, nor have I ever advocated the reduction of CO2 through the clearing of rainforests or cutting down older trees to prevent global warming.

In what pretend world would scientists suggest clearing rainforests to combat global warming?  This is either a straw man about straw men, or it's just idiotic.

Then there's Randy Weber (R-TX), whose lack of understanding of basic science led him to say, "I just don’t know how you all prove those theories going back 50 or 100,000 or even millions of years."  Really, Representative Weber?  You could fix that, you know.

By taking a damn science class.

How about Bill Posey (R-FL)?  He's another climate change denier, whose idea of a scientifically-sound argument goes like this:


I remember in the ’70s, that [cooling] was the threat, the fear.  I’ve read that during the period of the dinosaurs, that the Earth’s temperature was 30° warmer.  Does that seem fathomable to you?

The "period of the dinosaurs?"  Oh, you mean that span of time that lasted 200 million years, and during which there were numerous climatic ups and downs, including at least one ice age?  Perhaps you're referring to the Cretaceous Thermal Maximum, in which the average sea surface maximum temperature seems to have been a whopping five degrees warmer than it is today.

Or perhaps you're just a moron.

Then there's Paul Broun (R-GA), who famously referred to evolution as "lies straight from the pit of hell," and that the Earth was created "in six days as we know them."  Of course, Broun is now a lame duck, but he was replaced by Jody Hice (in congress if not necessarily on the Science Committee).  Hice, if anything, may be worse.  He is not only a creationist and a climate change denier, he believes that "homosexuality enslaves people," that women could hold political office "if it's within the authority of her husband," and that "blood moons" -- better known to actual astronomers as lunar eclipses -- could be omens that signal "world-changing events."

And, of course, the whole committee is under the leadership of Lamar Smith (R-TX), who laments the the latest report by the IPCC (Intergovernmental Panel on Climate Change) "says nothing new" in its statement that "severe, pervasive and irreversible impacts for people and ecosystems will occur if humanity keeps its carbon emissions on a business-as-usual course." 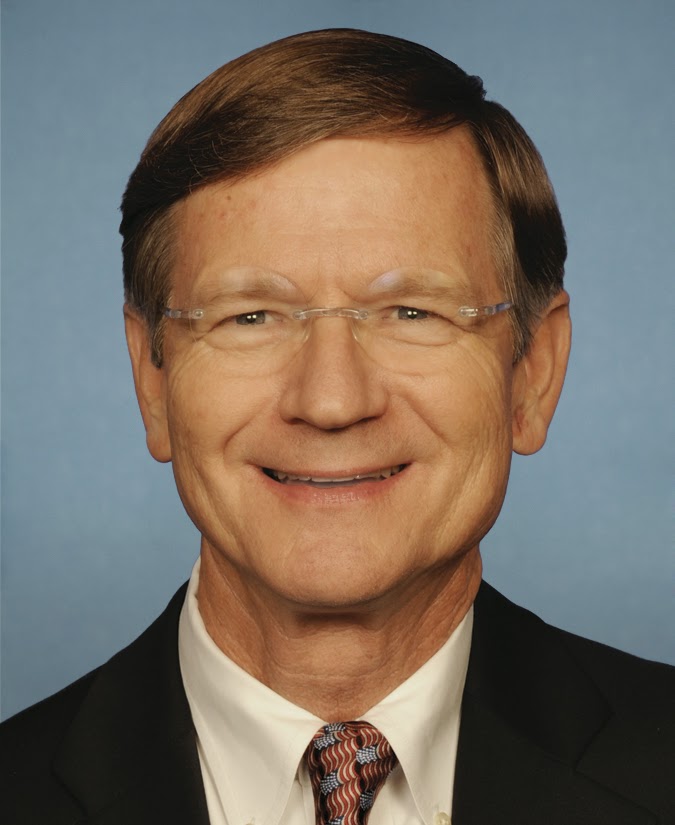 Exactly, Representative Smith.  Exactly.  It says precisely what all of the other scientific reports from the past ten years have said.  And the scientists wouldn't have to say the same fucking thing over and over if people like you would listen.

I'm not nearly well-versed enough in the machinations of politics to get how people like this could end up leading science policy in the United States.  My suspicious side can't shuck the niggling feeling that it's a deliberate disinformation campaign, designed to keep gullible and/or poorly-educated voters in a state of ignorance about how science works.  It's possible, of course, that these lamebrains are simply an example of the Peter Principle -- the idea that in the business world, people keep getting promoted until they finally find themselves in a job they have no idea how to do, and then they stay there forever.

Whatever the cause, one thing is clear, though.

Lamar no like science.  Lamar hit science with rock.

Posted by Gordon Bonnet at 2:34 AM