Taking a shot at Starbucks

At what point does the leader of a group say something that is so far out on the streets of CrazyTown that his/her followers say, "I'm sorry, but you're a loon," and abandon ship?

The answer is, "apparently, it doesn't happen," given that Reverend James David Manning of the Atlah World Missionary Church of Harlem, New York still has a congregation.

Manning, you may remember, is the raving wingnut whose demand that homosexuals be stoned to death, as per biblical law, caused one brave lesbian to show up at his doorstep saying that she was there for the sentence to be carried out.  Once the guy who answered the door (who was, by the way, not Manning himself) said that he "didn't have any stones," the woman, one Jennifer Louise Lopez, thanked him for not killing her and left.

But the video of this epic bluff-calling rightly went viral.  And you'd think that'd have been the end of Reverend Manning and his hate-based church.

It was only a matter of time before Reverend Manning topped his own previous attempts at setting a world's record for Bizarre Quasi-Religious Statements.  And last week he did it, by claiming that Starbucks is flavoring its lattés with... 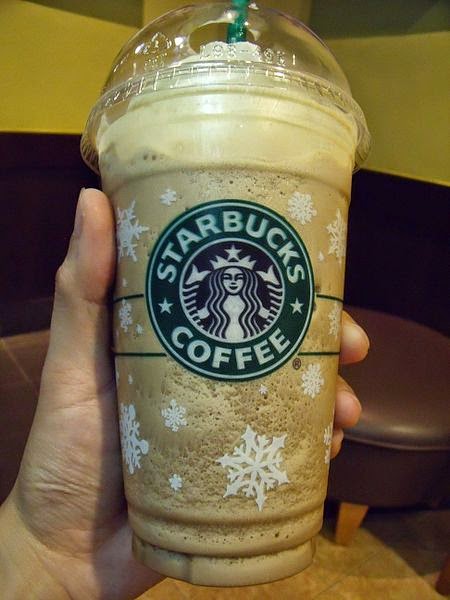 I'd like to say I'm making this up, but here's the direct quote.


My suspicion is they’re getting their semen from sodomites. The semen flavors up the latté and makes you think you are having a good time drinking it...  There will not be a public sodomite in Harlem in not too many days.  Starbucks will be found to be perverting its customers and perverting human sexuality, as if drinking Starbucks is some sort of a sacrificial ritual bath where they kill the innocent babies and drink their blood.  And Starbucks will close.

I can't think of much of a response to this other than, "What the actual fuck?"

I mean, consider this from a purely practical standpoint.  Think of the number of lattés sold daily by Starbucks.  Assuming that each one has the ejaculate from one (1) sodomite in it, Starbucks would have to employ tens of thousands of guys, pretty much jacking off round the clock, to keep up with the demand.  And given the way the male reproductive equipment works, it's not like the same guy could keep, um, producing, over and over and over.  It's kind of a direct application of the Law of Diminishing Returns, you know?

So mass-producing wankuccinos turns out not to be that easy to do.  Not that anything like pragmatic logic is driving Reverend Manning, of course.  The man is so clearly batshit insane that it's a wonder he doesn't get sedated with horse tranquilizers by his friends and relatives.

What's even more of a mystery, though, is that he still has a congregation.  Which, apparently, he does.  It's possible that they show up on Sunday mornings just to see what bizarre thing he's going to say next; sort of a once-a-week version of street theater.  But you know, I have the feeling that it isn't that.  I'd be willing to bet, if I were willing to go to one of his services (which I'm not), that people would be sitting there and nodding and saying "Amen" at appropriate times.

Which brings me back to my original question.  Okay, we can make a guess that Reverend Manning himself simply has a screw loose, but why don't his followers see this?  Are they so sunk in the whole be-respectful-to-authority thing that they're unwilling to stand up, laugh directly in his face, and walk out?

Or do they actually believe what he's saying?

If it's the latter, I don't want to know, because it amounts to the hypothesis that insanity is contagious, and that's just terrifying.  And yet another reason to give a wide berth to the Atlah World Missionary Church.