Tetanus, hCG, and the danger of rumors

There's harmless woo-woo, and then there's woo-woo where people die.

It's all too easy to write off a lot of weird, counterfactual beliefs as harmless.  Certainly, some of them are; astrology, for example, is dangerous only to your pocketbook, at least overtly.  I've made the point, though, that engaging in such nonsense dulls you to the necessity that claims be established on the basis of evidence and some kind of scientific rigor.

But the potentially deadly variants of this particular sort of worldview do exist.  And we've just seen an example, in the claim that Kenya's tetanus vaccination program is part of a secret mass-sterilization effort designed to reduce the human population in east Africa. 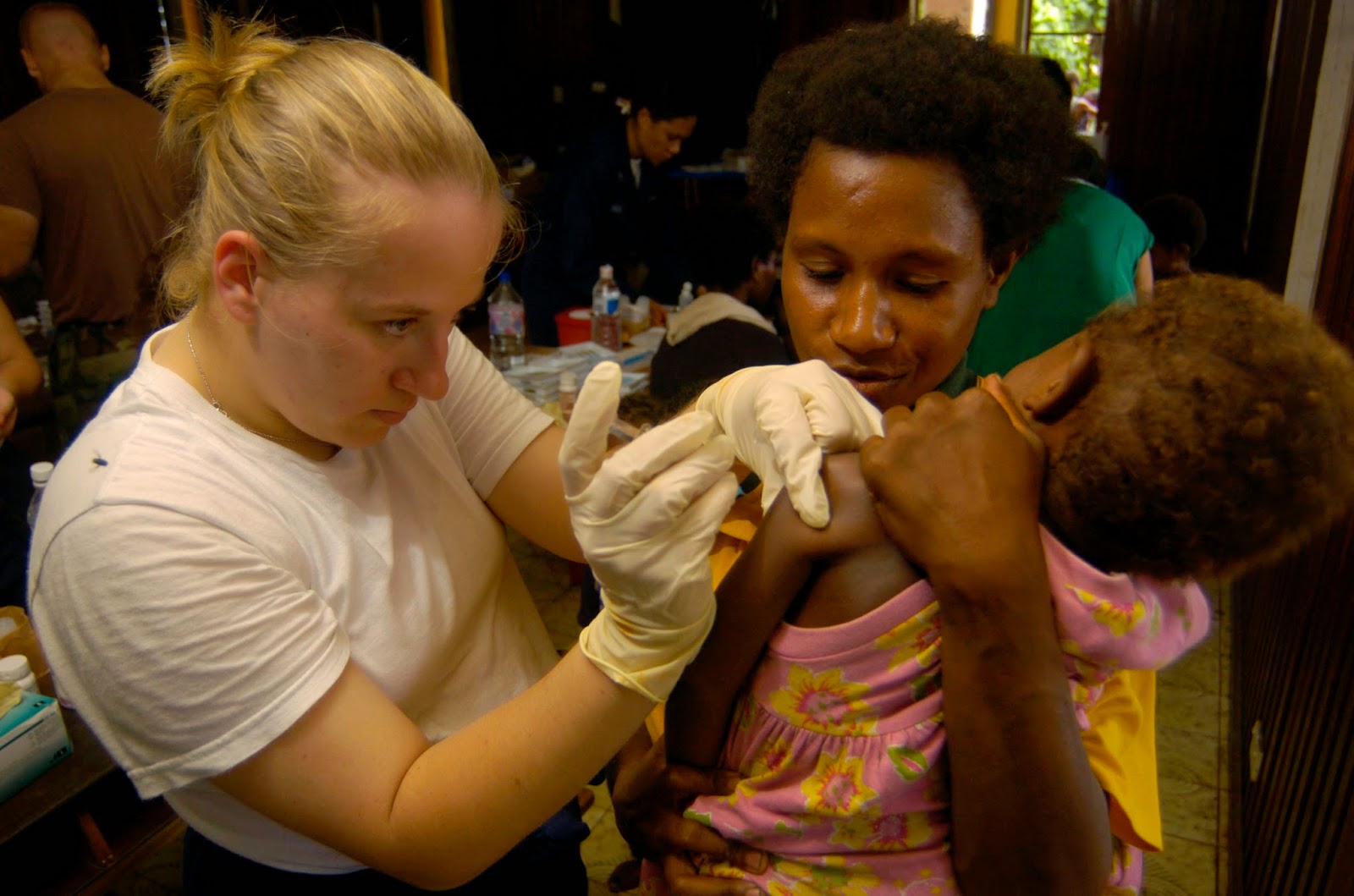 Let's start out with some facts.  Tetanus is caused by a bacteria, and vaccination has a near 100% success rate of preventing the illness.  Unvaccinated, 50% or more victims die, and that's even if they seek medical treatment after symptoms start.  61,000 people died last year from it, which (to put it in perspective) is a little under ten times the number of documented deaths from Ebola ever.

So it's a serious health issue, and the last thing we need is someone putting the vaccination program on the skids.  Which is exactly what the Catholic Church in Kenya has done, by claiming that the vaccine is laced with hCG (human chorionic gonadotropin), which in sufficient quantities can cause lower fertility and/or miscarriages.

The fact is, the vaccines were not laced with hCG, and scientists even know how the claim started.  Back in the 1990s, there were allegations launched by the Catholic Church that there was something suspicious about the vaccination program, and some Kenyan labs tested the vaccine using an ordinary pregnancy test kit to see if it showed a positive result (and thus could contain the hormone).  They claim that there were some positive results, but the procedure was faulty, as was described in detail over at the science blog Respectful Insolence:


After these rumours were spread, attempts were made to analyse TT vaccines for the presence of hCG.  The vaccines were sent to hospital laboratories and tested using pregnancy test kits which are developed for use on serum and urine specimens and are not appropriate for use on a vaccine such as TT, which contains a special preservative (merthiolate) and an adjuvant (aluminum salt).  As a result of using these inappropriate tests, low levels of hCG-like activity were found in some samples of TT vaccine.  The laboratories themselves recognised the significance of these results, which were below the reliable detection capabilities of the adjuvant or other substances in the the vaccine and the test kit.  However, these results were misrepresented by ‘pro-life groups with the resulting disruption of immunisation programmes.

When the vaccines were tested in laboratories which used properly validated test systems, the results showed that the vaccines clearly did not contain hCG.

In other words: the vaccines were safe, and not some part of a secret conspiracy to sterilize women in Kenya.  And, in fact, even if it were true, it's not working; the current birth rate in Kenya is 28.27 live births per 1,000 population -- or roughly twice the birth rate in the United States.

But the allegations became strident enough that responsible medical researchers launched their own investigation, and found (surprise!) no problems:


(T)he findings of the laboratory tests... all come out with normal values from the reference values assuming that the woman is not pregnant.  The highest level of the β-HCG hormone was found to be 1.12 mIU/ml (and 1.2 mIU/ml for S-Quantitative β-HCG).  There was no control used (or presented) and it would have been interesting to see what the result will be with tap water.  There is a situation where ant- β-HCG antibodies can be produced by the body and that can act as a contraceptive, however, this requires the administration of at-least 100 to 500 micrograms of HCG bound to tetanus vaccine (about 11,904,000 to 59,520,000 mIU/ml of the same hormone where currently less than 1 mIU-ml has been reported from the lab results.

The fact that there's absolutely no truth to this rumor has not stopped the Catholic Church from persisting with the allegations, nor people circulating this story around as if it has the slightest basis in reality.  Just last week, two Kenyan bishops and a prominent Catholic doctor made public their claim that the WHO vaccination program was, in reality, a forced sterilization program.  Dr. Muhame Ngare, of Mercy Medical Centre in Nairobi, said in a press release:


We sent six samples from around Kenya to laboratories in South Africa.  They tested positive for the HCG antigen.  They were all laced with HCG...  This proved right our worst fears; that this WHO campaign is not about eradicating neonatal tetanus but a well-coordinated forceful population control mass sterilization exercise using a proven fertility regulating vaccine.  This evidence was presented to the Ministry of Health before the third round of immunization but was ignored.

The problem is, they used the same test as the one performed back in the 1990s, which already has been shown to give false positives.  Which once again proves that if you don't know how to do science correctly, you shouldn't be making scientific press releases.

So this hasn't stopped the rumor mill, nor the anti-vaxx outrage here in the United States.  I've already seen the story (without, of course, the round debunking over at Respectful Insolence) at least six times on social media, usually with some sort of commentary like, "Isn't this horrible?" or "Think twice before you let them stick needles in your children!"

The whole thing is maddening, especially given the fact that this vaccine could prevent the deaths, in horrible agony, of 60,000 people this year.  If, of course, the anti-scientific rumor mill would get the fuck out of the way.  And if the Catholic Church would, for once, support science rather than impeding it.
Posted by Gordon Bonnet at 2:51 AM