This weekend, I stumbled upon one of those websites that is such a distilled bottle of crazy that I just have to tell you about it.  It involves the BBC, Walt Disney, Satan, Madonna, the Illuminati, the Jews,  J. Edgar Hoover, the Hapsburg dynasty, O. J. Simpson, Donny Osmond, and the Mouseketeers.

Among other things.  If I listed everything these people tried to connect, that'd be my whole post.  The site, called This Present Crisis, brings not only "wingnuttery" but "wall of text" to new heights.  So let me see if I can summarize, here:

First, let's start by saying that Walt Disney was a bad, bad man.  This is in part because his family name really shouldn't be Disney, but d'Isgny, which is what it was when the first Disney came over from Normandy in 1066 with William the Conqueror.  The name was anglicized to "Disney" and the family has been traveling under an assumed name ever since, which is evil since apparently they're the only ones that ever did this.  As evidence, we're told that Walt's cousin, Wesley Ernest Disney, was a lawyer in Muskogee County, Oklahoma, a county which is controlled by Satan.  Wesley was also a Freemason, and later lived in Tulsa, which is "a powerful city of the Illuminati hierarchy."  And I think we can all agree that being an evil Illuminati mind-control agent is the only possible explanation for someone choosing to live in both Muskogee and Tulsa. 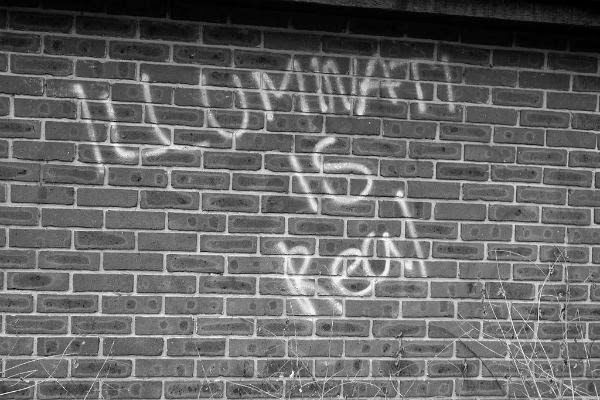 Yes.  Apparently, they is.


The Hapsburgs of the 13th Illuminati bloodline had a sex salon in Vienna where a porn photographer named Felix Salten worked.  Felix… wrote a book Bambi which was then translated into English by the infamous communist Whittaker Chambers.  The elite were just beginning to form the roots for today’s environmental movement.  The book appealed to Disney because Disney liked animals better than people.  In the book, tame animals view humans as gods; while the wild and free animals see humans as demons…  The book begins with both free and tame animals viewing humans as rightly having dominion over them.  In the end, the animals view all humans as simply being on the same level as animals, a vicious animal only fit to be killed…

Well, I'm not sure that's exactly the message of the movie, frankly.  I will admit that I was amongst the children traumatized by the death of Bambi's mommy, but now with the wisdom of age and the experience of having collided with four deer in one six-month period, resulting in a total of $20,000 of damage to our various cars, I'm finding myself siding with the hunter.  The hunter probably would have been doing humanity a service by offing Bambi as well, and maybe Thumper, too.

But anyway.  Disney somehow connects to the BBC, which was also inspired by Satan, because if you take a BBC jingle from the 1930s and play it backwards, it says, "Live in sin.  Lucifer is nice.  Lucifer exploit them."  The BBC is controlled by Freemasons, who were also influencing Disney to do more bad stuff, like putting subliminal sexual messages in movies like The Little Mermaid.

So finally things got so bad that J. Edgar Hoover got involved.  (Yes, I know that Hoover died seventeen years before The Little Mermaid was released.  Just bear with me, here.)  Hoover found out that Disney had no birth certificate, and apparently, didn't know who his parents were.  So he provided Disney with a fake birth certificate, which Disney then showed to his parents (yes, I know that one sentence ago I said that he didn't have parents.  I'm as confused as you are).  His father committed suicide and his mother lived the rest of her life as his maid.  Hoover did all of this so he could blackmail Disney.

Anyhow, Disney was in trouble after all of that, so he appealed to the Rothschild family, which is bankrolled by Jews and (more) Freemasons.  The Rothschilds were the ones who helped lawyer Johnnie Cochran to win his case and free O. J. Simpson, which somehow connects to Disney.  Don't ask me how.  By this time, Disney was a multimillionaire, and had mind-control child slaves called Mouseketeers to do his every bidding.

Then Donny and Marie Osmond get involved.  The Osmonds are actually "programmed multiples," meaning that there are dozens of identical Donnies and Maries, as if one of each wasn't enough, because this is the only way that they could do two hundred shows a year without dropping dead of exhaustion.  Because their dad is a member of the Mormon Illuminati, or something, although the site isn't clear on this point.

The author also ties in Madonna, Michael Jackson, George Lucas, and the Mafia.  (Of course the Mafia are involved.  Being bad guys, they'd have to be.)  But by this time, my eyes were beginning to spin, so I'm just going to leave you to take a look at the site yourself, if you dare.

Now, don't get me wrong.  I'm no great fan of Disney myself.  I think their movies are largely stereotypical schlock, and their "planned community" of Celebration, Florida, where everything is owned by Disney, is downright creepy.  Hating crowds and noise the way I do, if I was offered the choice of a visit to Disneyland or a root canal, I'd have to think about it.  And whenever I hear the song "It's a Small World After All" I want to stick any available objects in my ears, even if those objects are fondue forks.

But I'm doubtful that any of the Illuminati conspiracy stuff is real.  If it were, don't you think more Americans would be brainless zombies?  I'm sorry, but "bibbity bobbity boo" is not some kind of coded message from the Freemasons.  Most of us have seen many Disney movies, and come out none the worse for wear.  Even I sat through The Little Mermaid, under some conditions of duress, and I wasn't aware of any subtle sexual messages, although as a biologist it did bother me that the character "Flounder" was clearly not a flounder.

So this entire website strikes me as lunacy.  Entertaining, in a bizarre sort of way, but lunacy.

Except for the the thing about the Mouseketeers.  Anyone who is willing to dance around while wearing those ear-hats is clearly being controlled by an evil power of some kind.
Posted by Gordon Bonnet at 3:03 AM