In the past couple of weeks, the media has been buzzing about the hacking of Sony Pictures Entertainment, in which a great deal of information that the corporation would consider sensitive -- executive salaries, emails between high-ranking employees, and copies of unreleased films -- were released online.  The hackers call themselves "the Guardians of Peace," but no one seems to know who they are.

And of course, there's nothing like a complete lack of information to make everyone start to claim that they know the whole story.

The most popular theory is that the Guardians of Peace are operatives from North Korea, who did this as revenge for the planned release of Sony's bromance film The Interview, which is about a couple of guys who are hired to assassinate Kim Jong-Un.  North Korea, for its part, has disavowed all responsibility for the hack, with Kim Jong-Un adding, "And if you don't act more respectfully, we'll do it again."

In all seriousness, though, it struck me as odd that the North Koreans could pull this off.  They're not exactly a technological powerhouse.  Just a couple of days ago the entire country lost its internet connectivity, possibly because a squirrel farted in Pyongyang and damaged their only working router.  The United States, for its part, has disavowed all responsibility for the act, with a CIA spokesperson adding, "And if you don't act more respectfully, we'll do it again."

The speculation doesn't end there, of course.  It's now being theorized that Sony hacked themselves as a PR move.  After the alleged North Korean connection, Sony pulled The Interview, but has decided that it will re-release it to various independent theaters.  This has elevated the movie from what would probably have been a fairly forgettable film into something that suddenly everyone wants to see, fueling accusations that Sony engineered the hack to boost the movie's ticket sales.

Myself, I think this is ridiculous.  Why would Sony release sensitive information just to push one bad movie to make more money?  Security is a huge deal in the movie industry, and it seems ludicrous to think that they'd jeopardize their reputation for protecting their employees and investments for the sake of one silly movie.  The limited release is unlikely to make much money as compared to showings in major theater chains, although it does afford me the opportunity to reaffirm my own decision not to see the movie.

Then, of course, we have the "Thanks, Obama" crew, who is claiming that Obama engineered the hack himself, with the assistance of the NSA, to make North Korea look bad.  Because apparently the North Koreans weren't doing a stellar enough job of that all by themselves.

The upshot of it all is that we still have no idea who the Guardians of Peace are.  They may have had something to do with North Korea; they may be some kind of independent troublemakers, on the lines of Anonymous; or they may be something else entirely.  At the moment, we have no real data to go on, so that's the best that we can say.

The lack of hard information won't silence the speculation, of course.  Quite the opposite, in fact.  These people love it when they have no evidence, because that leaves them free to attribute events to whatever their favorite bête noire is.  On the plus side, though, it has prompted people to start a campaign to make Kim Jong-Un look ridiculous: 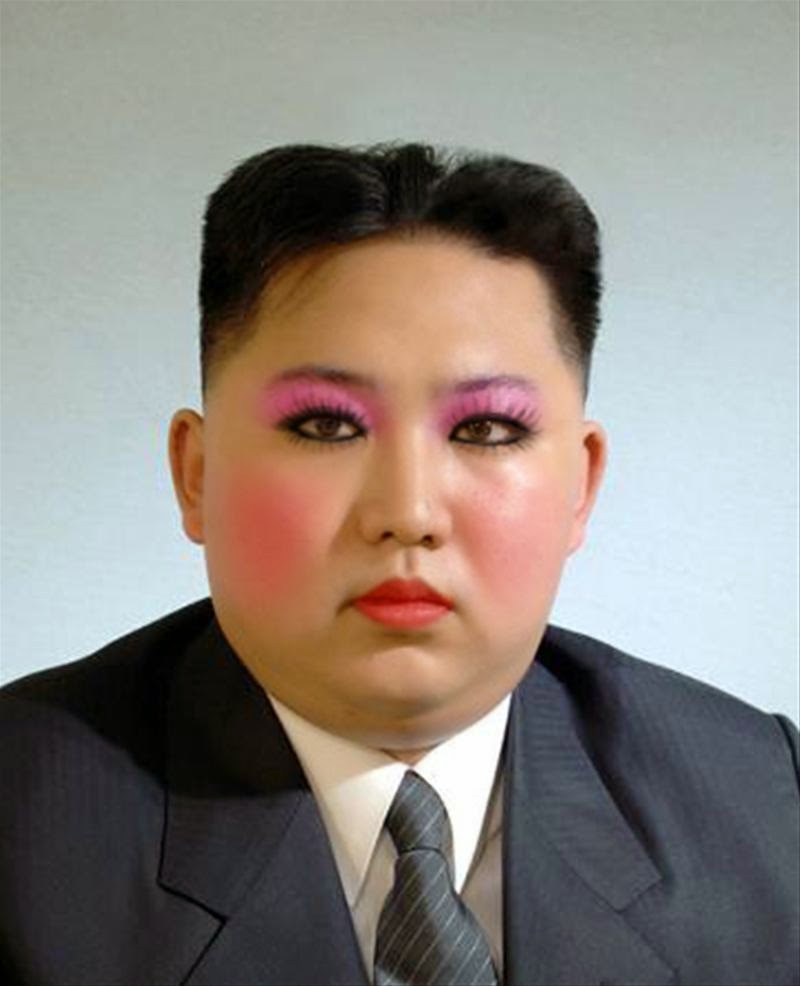 So whatever else you say about the hack, it did have at least one positive outcome.  Not that anyone in North Korea will be likely to see it, unless they do something about those flatulent squirrels.
Posted by Gordon Bonnet at 4:51 AM