One of the things I've never understood is the certainty a lot of people have that the universe is designed in such a way as to line up perfectly with their personal opinions.

It crops up fairly regularly in religion.  You think gays are icky?  Well, what a coincidence.  God doesn't like them, either!  You would rather that the power structure keep men in control of everything?  How about that, Allah would like that, too!

It'd be kind of an odd coincidence, don't you think?  Conservatives think god is conservative, liberals think god is liberal.  Never once do you go to a conservative church and hear the preacher say, "Sorry, brethren and sistren.  God told me that we need to welcome in illegal immigrants."  Nor do you go to a liberal church and hear, "God has a new directive.  Balancing the federal budget is more important than funding social programs."

Doesn't it seem like people are designing their religious beliefs so that they support their political biases, and not the other way around?

To be fair, there are exceptions, such as Reverend Danny Cortez of the New Harmony Community Baptist Church of Los Angeles, who recently broke with the party line of the Southern Baptist Convention and came out in support of LGBT individuals.  But it's rare.  Most of us are convinced we live in a comfortable little universe that in the Big Picture, works exactly the way we would like it to.

This tendency isn't confined to religion, though.  A study done at Duke University and published just this month supports the troubling notion that we even approach scientific findings this way.  Troy Campbell, a Ph.D. candidate in Duke's School of Business, and his team found that when test subjects were presented with scientific evidence of a problem, followed by a policy solution that would run counter to their political beliefs, they were more likely to believe that the problem itself didn't exist. 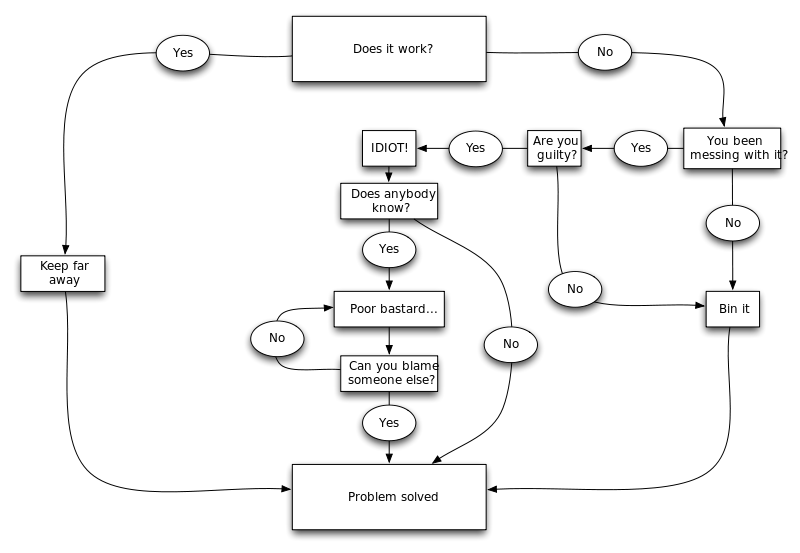 Conservatives, for example, were given a statement to read that showed evidence that the global average temperature would rise by 3.2 degrees in the 21st century.  Half of them then read a proposed solution requiring increased government regulation -- carbon emissions taxes, restrictions on fossil fuel use, and so on.  The other half were given a solution that involved support of the free market, such as reducing taxes on companies that use green technology.

When asked whether they believed that the Earth's temperature would rise by the predicted amount, only 22% of the first group said they did -- compared to 55% of the second group!

Liberals are no less prone to what Campbell calls "solution aversion."  Liberals showed a much lower belief in statistics about violent home break-ins if they were then presented with a solution that doesn't line up with liberal ideology, such as looser restrictions on handgun ownership.

"Logically, the proposed solution to a problem, such as an increase in government regulation or an extension of the free market, should not influence one’s belief in the problem.  However, we find it does,” Campbell said about the study.  "The cure can be more immediately threatening than the problem...  We argue that the political divide over many issues is just that, it’s political.  These divides are not explained by just one party being more anti-science, but the fact that in general people deny facts that threaten their ideologies, left, right or center."

All of this strikes me as kind of bizarre.  Whatever my other biases, I've never thought it was reasonable to deny that the disease exists because the cure sounds unpleasant.  But apparently, that's the way a lot of people think.

But it does give some hope of a solution.   Says study co-author Aaron Kay:  "We should not just view some people or group as anti-science, anti-fact or hyper-scared of any problems.  Instead, we should understand that certain problems have particular solutions that threaten some people and groups more than others.  When we realize this, we understand those who deny the problem more and we improve our ability to better communicate with them."

To which I can only say: amen.
Posted by Gordon Bonnet at 2:51 AM