I have to wonder, sometimes, why so many Christians seem to be more concerned with what people do with their naughty bits than they are with Jesus's dictum to Love Thy Neighbor As Thyself.

And to forestall the flood of comments I get when I post on topics like this, yes, I know it's not all Christians.  But it's enough of them, and there's crashing silence on the topic from a good many of the rest.

Let's start with the Arizona pastor who has recommended getting rid of AIDS by executing all homosexuals, "like God recommends."

Steven Anderson, of the Faithful Word Baptist Church of Tempe, posted a YouTube video this week (which you can watch at the link posted above, if you can stomach it) in which he had the following to say:


Turn to Leviticus 20:13, because I actually discovered the cure for AIDS.  "If a man also lie with mankind, as he lieth with a woman, both of them have committed an abomination: they shall surely be put to death.  Their blood shall be upon them."  And that, my friend, is the cure for AIDS. It was right there in the Bible all along — and they’re out spending billions of dollars in research and testing.  It’s curable — right there.  Because if you executed the homos like God recommends, you wouldn’t have all this AIDS running rampant.

And about his taking a more hate-the-sin, love-the-sinner approach, Anderson said:


No homos will ever be allowed in this church as long as I am pastor here.  Never!  Say "You’re crazy."  No, you’re crazy if you think that there’s something wrong with my "no homo" policy.

And this is the same guy who has spoken from the pulpit about the evils of women speaking in church -- which, after all, is also mandated by the bible. 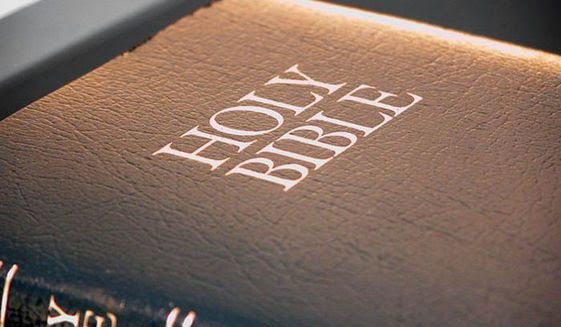 So far I have seen one (1) self-professed Christian post this story and repudiate this wacko's statements.  But let's contrast this with the twelve (and counting) times I've seen outrage over the story about football player Ben Watson, who wrote a moving piece about the Ferguson riots and ended it with a statement about his religious beliefs:

Which was all well and good, until he was interviewed on CNN after his words went viral.  Watson was asked a question about his religious beliefs near the end of the interview, and he said, "The only way to really cure what's on the inside is understanding that Jesus Christ died for our sins," immediately before the time ran out on his segment.

What was the response of the devout?  Outrage that Watson had been "brutally censored for mentioning Jesus."

Really?  Come on, now.  If CNN hadn't wanted Watson to mention Jesus, they either (1) wouldn't have asked him the question, or (2) wouldn't have interviewed him in the first place.  Watson's being cut off was either a timer issue or a technical glitch (or both), but a lot of Christians are so sunk in a persecution complex that it became yet another opportunity to claim that they're oppressed.

Just like the "War on Christmas," which yes, is starting up again this year.  (Before I even had a chance to put up my Christmas tree, darn it.)  Just like author and political commentator Ben Carson's claims this week that it's the LGBT activists who are the ones who engage in hate speech:


The enemies are the people who try to divide each other.  The enemies are the ones who try to incite people to hatred, to anger...  Somebody who is pro-traditional-family, they’ll come up and say, "he’s a homophobe, they hate gay people, they’re nasty" and they just try to incite all this stuff really to further their own agendas...  Instead of getting into their respective corners and reacting to all of this hate speech, let's actually talk about the issue...  (T)he reason that a lot of those hateful people don't want to talk is that they've been reading a book by Saul Alinsky called Rules for Radicals, which says never have a conversation with your enemies, because that humanizes them, and you want to demonize them.

Right.  Like claiming that we should be executing homosexuals in order to get rid of AIDS.

I'll say something I've said before: it's going to take regular old Christians standing up and saying "SHUT UP" to this kind of thing to stop people like Anderson and Carson from being the public face of Christianity.  It'll take a shift in focus by the devout, from a conviction that they're being oppressed and persecuted to redirecting their outrage towards issues of social justice.

It'll take their suddenly remembering that Jesus himself put a lot more emphasis on things like "Whatever you do to the least of my brothers, you do unto me" than he did to the stone-damn-near-everyone laws of Leviticus.

Posted by Gordon Bonnet at 3:02 AM