A bear of a question

What never ceases to astound me is the way woo-woos use minuscule amounts of evidence to support claims that under most circumstances would qualify a person for serious medical supervision.

It's a combination of confirmation bias (accepting slim support for beliefs you already accepted) and completely ignoring the ECREE principle (Extraordinary Claims Require Extraordinary Evidence).  And it never fails to baffle me, however often I run across it.

I ran into an especially good example of this maddening tendency just yesterday, with a claim that humanity is currently in an alternate time line.  And the evidence that we live in a bizarro world comes from...

Yes, the annoying, moralistic cartoon bears, intended to entertain kids with their antics and simultaneously hammer into their brains important lessons such as Be Nice To Your Siblings and Your Parents Are Always Right and Strangers Are Scary and Pay Attention In School Or You Are Bad.

And how, you are probably asking, do said Bears show that we have side-slipped into an alternate universe?

It's because recently, people have been spelling their name "Berenstein" instead of the correct spelling,"Berenstain."

I'm not making this up.  In a post called "The Berenst#in Bears Problem," writer Rob Schwartz tells us why this constitutes proof:


…somehow, at some time in the last 10 years or so, reality has been tampered with and history has been retroactively changed. The bears really were called the ‘BerenstEin Bears’ when we were growing up, but now reality has been altered such that the name of the bears has been changed post hoc…In 1992 they were “stEin” in 1992, but in 2012 they were “stAin” in 1992... we moved to the stAin hexadectant, while our counterparts moved to our hexadectant (stEin). They are standing around expressing their confusion about the ‘Berenstein Bears’ and how they all remember “Berenstain Bears” on the covers growing up.

So my first question about this, besides the obvious question of "What the fuck?", was, "what is a 'hexadectant?'"  When I looked it up, I found this:


The "universes" of my theory are region of a 4D complex manifold that split along lines of real/imaginary. They're really more like "pockets" than universes, or as I call them... "hexadectants." Obviously we don't observe complex spatial dimensions. The most obvious explanation is simply that spacetime isn't complex. Yet if (if) spacetime is complex, then why don't we? Well, maybe it's due to splitting along real/imaginary components to the dimensions. So, in our pocket things are (1,1,1,i), but in another they might be (1,i,1,1) or (i,i,i,1). But then what's going on in the other pockets? Well, maybe there's people there, just like us, experiencing the exact same special relativity but with a different sign convention. And then what if somehow our Euler-phase changed and we wound up in one of the other pockets?

I don't think it's a crazy proposal.

Righty-o.  The Berensta/e/in Bears prove that we're in the universe's alternate pocket, or something.  Not crazy at all.  As a science-type, though, I object to his calling this a "theory;" a theory makes predictions that are testable, and this one says that somewhere else in an alternate universe there's another Gordon who is British and calls this blog Sceptophilia, but you can't visit that universe because it's in a different pocket, and therefore, somehow, q.e.d.

Because the whole Bear issue couldn't have been caused by people misspelling their name, or anything.  It's not because virtually every Germanic name with an ending pronounced that way spells it "-stein," so a lot of people get confused and remember the "-stain" wrong.

No.  If there's a common spelling error, it has to be evidence of an alternate universe. 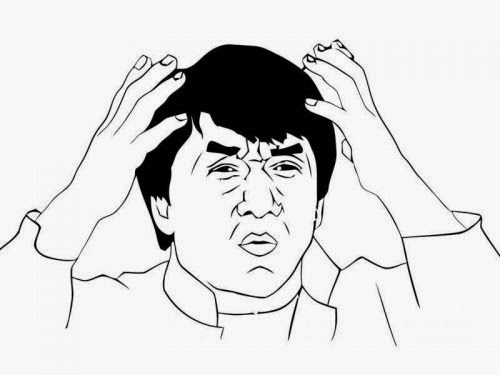 So anyway.  I wonder if the alternate me has a headache right now?  Because I certainly do, given the number of faceplants I've done while researching and writing this.  I think I'll sign off here, to see if I can find some ibuprofin or asperin or tylanol.