There's a fundamental distrust of science and scientists on the part of a large number of Americans.  I think it's probably a left-over trope from the depiction of scientists as crazy sociopaths in a lot of science fiction movies; or, perhaps, the trope itself comes from a deeper and older mistrust, generated by watching the horrors of Hiroshima and Nagasaki, and wondering what other awful weapons the researchers might be working on next.

So instead, we end up with people like the prolific YouTube contributor "BPEarthWatch," who is "Dedicated to Watching the End Time Events that Lead to the Return of Our Lord Jesus Christ.  Comets, Asteroids, Earth Quakes, Solar Flares and The End Time Powers."

I ran into this fellow because of my son, Nathan, who sent me a link to the following video:


In it, BPEarthWatch informs us that the research out at CERN (Conseil Européen pour la Recherche Nucléaire) is going to screw up the magnetic field of the Earth and kill us all.

We're put on notice that the narrator may be a little shaky in his understanding of physics when he informs us that (1) it's a problem that the Earth's magnetic field lines are squiggly "like spaghetti," and that (2) Mars "lost its magnetic field and its atmosphere because of a close pass with a comet."  I realize that understanding planetary magnetic fields as generated by the rotation of a solid magnetic inner core within a fluid outer core is kind of complicated, but when I run into something that is complicated, I take some time to figure it out instead of just blathering on as if I knew what I was talking about.

Not so our friend BPEarthWatch.  Armed with his squiggly spaghetti and his scary talk about Mars, he goes on to tell us that the scientists at CERN are going to fire up the Large Hadron Collider, and it will "open up a stargate" and "destroy the magnetic field of the Earth" which will cause us to be bombarded by "ultraviolet x-ray radiation and other type [sic] of solar and galactic proton burst." 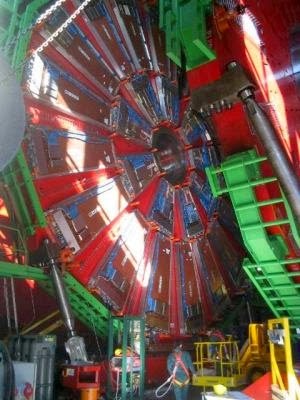 You have to wonder why he doesn't consider the fact that scientists, when they're not cackling wildly over their bubbling flasks and lightning-producing wires, have families and lives and hobbies and homes and so forth, and would not really have all that much incentive to do something that would leave the Earth without a magnetic field (or atmosphere).  He makes it clear that this isn't just scientific overreach and an ignorance of the consequences; he states outright that the CERN scientists know perfectly well what they're doing, and don't care that they're going to make the planet uninhabitable in the process.

Of course, his delivery style doesn't help matters.  It was also Nathan who pointed out that BPEarthWatch sounds exactly like the character Harlan Pepper in Best in Show:


Be that as it may, BPEarthWatch is still better than the guy who wrote a piece because he was freaked out by the potential of the Large Hadron Collider to create a black hole, and throughout the whole thing called it the "Large Hardon Collider."

It's really not that difficult, folks.  Learn some science.  Find out what the scientists at CERN are actually doing.  (It's cool stuff, I promise.)  Just because science can be a little complicated at times doesn't mean that scientists are "out of control... like mad scientists in an ol' Frankenstein movie."

On the other hand, I wouldn't object if the scientists could come up with a stargate.  Getting from one planet to another in seconds would be awesome.  I'd definitely volunteer to go through it, even if it means hanging around with Kurt Russell and meeting the Egyptian god Ra, who turns out to be a creepy shirtless teenage boy with glowing eyes.
Posted by Gordon Bonnet at 2:43 AM