It's no great insight that the media likes sensationalized stories, and that a lot of them (including, sadly, some major news outlets) have the attitude that facts don't matter much as long as they can keep readers reading.

What is more frustrating is the way the readers themselves become complicit in this dissemination of bullshit.  Now that we have the interwebz, sending along ridiculous "news" stories takes only a click. And before you know it, you have people believing that humanity is going to be wiped out because the Solar System is going to be destroyed during a collision with an orange dwarf star.

The original study, by astronomer Coryn Bailer-Jones of the Max Planck Institute for Astronomy in Heidelberg, is interesting enough.  Astronomers have long known that the stars move relative to each other; this means that the constellations aren't fixed, and that millions of years from now, a time traveler from today wouldn't recognize any of the current star patterns.  (I still remember my first encounter with this idea, on Carl Sagan's Cosmos, when I was a freshman in college.  Seeing the animation of the movements of the stars in the Big Dipper was one of those moments when I realized, "I really want to know more about science!")

So it's not too surprising that some stars will get closer to the Sun over time.  And Bailer-Jones found that two orange dwarf stars are predicted to make relatively close approaches -- HIP 85605 could get as close as 0.13 light years, and GL 710 could make a pass of 0.32 light years. 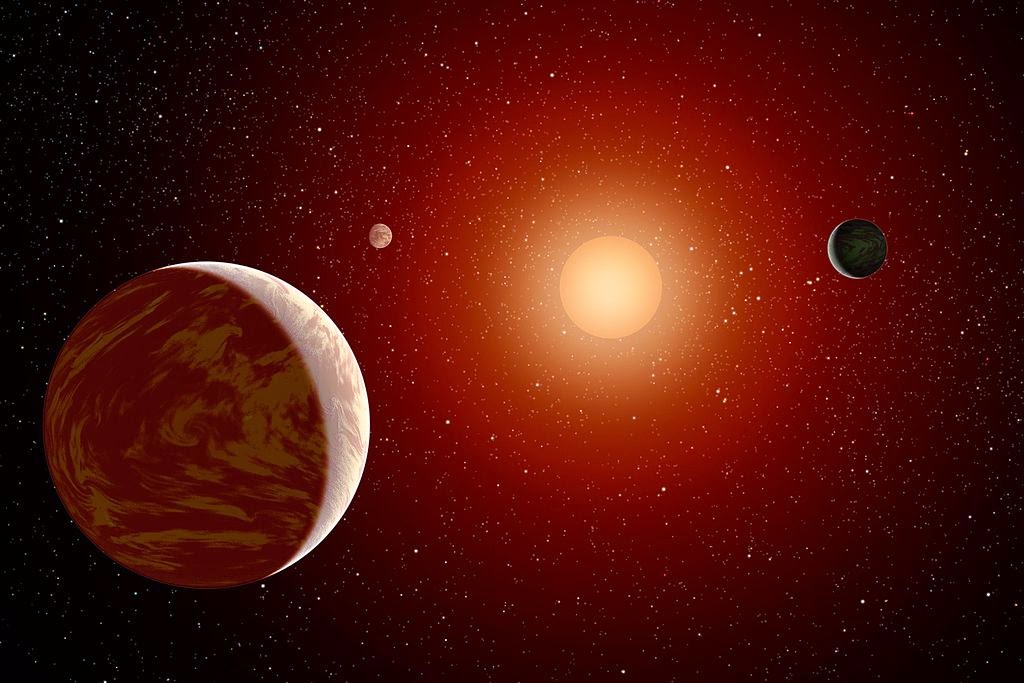 Cool stuff.  But the media, unfortunately, is not content simply to report the facts.  Because that, somehow, would be boring.  This research has been picked up by a number of different online news sources, and one and all, they focus on the fact that this "close pass" might wipe us all out by gravitationally dislodging comets from the Oort Cloud, resulting in a "rain of comets," some of which could, perhaps, collide with the Earth.

Notice how many times I said "could" and "might" in the previous two paragraphs?  Bailer-Jones is up front about her study being speculative; the upper bounds for the pass distance of the two stars are 0.65 light years and 1.44 light years, respectively.  To put things in perspective; the closest estimate of HIP 85605 to the Sun was 0.13 light years, right?  Well, Pluto is 13 light hours from the Sun.  So this means that even at its closest, HIP 85605 will be 9,000 times further away than Pluto.

Next, let's consider the likelihood of a disruption of comets leading to a "rain of comets" and the certainty of a devastating Earth strike.  Let's assume that we do have a bunch of comets swooping inwards from the near pass of these stars.  What kind of target does Earth represent?

The issue here is scale, of course, and the amount of the Solar System that is (virtually) empty space. The best analogy I have run across is that if you shrank the entire Solar System down to a circle with a radius of 1,000 meters, with the orbit of Pluto as its perimeter, then the Earth would be about 7 meters from the center.

And it would be the size of a peppercorn.

So it's not exactly a huge target.  Yes, a comet or two could strike the Earth, as they have repeatedly during Earth's history.  No, it would not cause a rain of death.

But those aren't the only misrepresentations in the "news" story.  Not only has Bailer-Jones's research been sensationalized, it's had information added to it that is outright false.  In the above-linked story, which is no worse than the various other versions I've seen (i.e., I didn't pick this one because it was especially bad; they were all bad), here are some direct quotes, with commentary:


Apparently, the comets are made of rocks, dust and organic materials.

Actually, comets are mostly ice, a fact which has been known for decades and would have been immediately apparent had the author bothered to consult Wikipedia.


(T)he gravity [of the stars] can attract comets into the inner solar system and the passing comets might harshly affect Earth's atmosphere due to the powerful ultraviolet radiation that the comets might cause.


(A) small number of the alleged stars might explode like supernova while passing through the Oort Cloud.

Ninth graders in Earth Science learn that a light year is a measure of distance, not time, a point that seems to have escaped the author, making me wonder how he ever got chosen to write a science story.  To be fair, unit confusion also plagued the writers of Star Wars, wherein we famously had Han Solo boasting that the Millennium Falcon had done the Kessel Run in "less than twelve parsecs," which would be like saying that your car was so fast that you went to the grocery store in less than five miles.  (Of course, there are Star Wars apologists who have talked themselves into thinking that the scriptwriters had some kind of fancy time-travel space-warp relativity thing in mind when they wrote it.  Myself, I think they just didn't know what a parsec is.)

And of course, it's only midway through the article that we find out when this catastrophe is predicted to happen:

So, to boil it all down:

Two small stars might, or might not, pass 9,000 times further away from the Sun than Pluto is, some millions of years in the future.  This could increase the number of comets entering the inner Solar System, generating a somewhat higher likelihood of a comet striking Earth.

But that version of the story wouldn't have induced so many people to read it and pass it along, would it?  Nope.  So they add sensationalized nonsense to it, so as to make it better clickbait.

At least it's still better than the post I saw on social media yesterday, wherein someone asked for help for a school project their child is doing regarding why the stars were created.  The responses included that god had made them "to rule the night with the moon," "to be for signs, and for seasons, and for days, and years," and "to declare god's glory."  The scholarly references given were the Book of Genesis and Psalm 19.

But hey, if you're going to buy into non-science, I guess you should go all the way, right?
Posted by Gordon Bonnet at 4:33 AM