It used to be that when I was accused (usually because I teach evolution) of "indoctrinating students into a secular, materialist, rationalist worldview," that it would set my teeth on edge.

And yes, the above is an actual quote.  However, the same charge has been levied against me, and other science teachers, using a variety of verbiage.  Teachers should not teach students to doubt, to question authority.  By adhering to an evidence-based, rationalistic approach, we are calling into question faith and spirituality.

On one hand, I question the extent to which teachers really can create seismic shifts in students' worldviews.  With very few exceptions, the kids in my classes who come in religious, agnostic, and atheist leave my classes (respectively) religious, agnostic, and atheist.  It takes more than forty minutes a day for 180 days to undermine an entire belief system, even if that was my goal (which, incidentally, it isn't).

On the other hand, though, the critics do have a point.  We science teachers are promoting rationalism as a path to knowledge.  And we damn well should be.  Rationalism has provided us with the medical advances, engineering, and technology that the majority of us are happy enough to use without question, regardless of the fact that they were produced by a methodology that has nothing whatsoever to do with faith or divine inspiration.  If you want to call what I do "indoctrination into a rationalistic worldview," then have at it.

What's funny is that a lot of the extremely religious get their knickers in a twist if someone steps in and tries to teach students a different spiritual, non-evidence-based set of beliefs.  It's okay to let religion into public schools, apparently, as long as it's the right religion.

As an example, consider the odd bedfellows that have resulted from decision by the Bronx Center for Science and Mathematics to allow a self-styled psychic to come in and teach telepathy and telekinesis to high school students.  (Hat tip to the wonderful site Doubtful News for this story.)

Here's how the story was reported:


Mentalist and mind reader Gerard Senehi recently partnered with the Bronx Center for Science and Mathematics to offer classes meant to help students develop life skills like self-confidence and answer tough questions about themselves, such as “Do you have the courage to pursue what you really care about?” and “How much do you have a sense of direction and purpose in life?”

The program, called The QUESTion Project, kicked off with a Dec. 19 performance at the school where Senehi dazzled students with tricks like bending wine glasses, spinning spoons in other people’s hands and making accurate predictions about the future.

Edward Tom, the school’s founding principal, was also impressed by how well Senehi managed to keep the students’ attention. "The whole purpose wasn’t to give kids a magic show," he said. "It was to let them know the power of belief, that there are so many things that are possible…"

No, Mr. Tom, you're right about that.  It isn't a magic show.  In a magic show, the magician is clear on the fact that what (s)he is doing is an illusion.  Senehi claims that what he's doing is real. 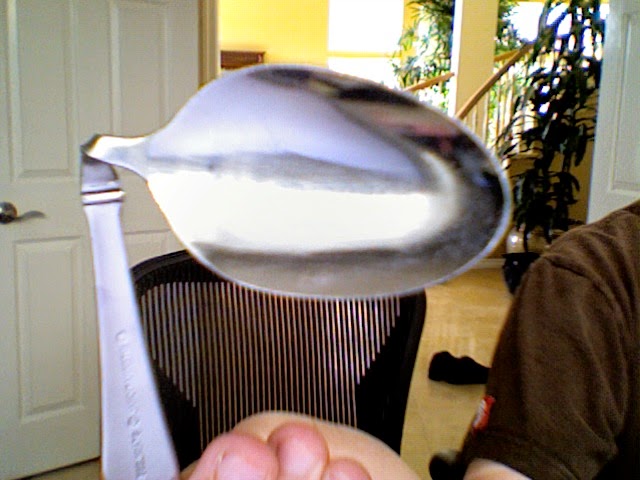 This has appalled a number of people, including the very religious (who don't want evil stuff like psychic powers influencing teenagers) and secular rationalists (who are appalled that such claptrap is being presented as reality, and in a science center, no less).  Both, of course, are right, although in different senses.  Such a performance could influence students' beliefs.  Stage magicians (which Senehi is, even if he won't admit it) can be terribly convincing.  They only become famous if they're good enough that you can't see how they do what they do.  Presented with an inexplicable trick, and the message, "You can learn how to do this, if you try hard enough!", I can see how people (not just teenagers!) could get suckered.

Which is why people like Senehi should not be allowed anywhere near school-age children.  Adults sometimes have a hard enough time telling fact from fantasy; encouraging teenagers to further blur this distinction is irresponsible.

Magician and skeptic Jamy Ian Swiss put it most succinctly.  In a piece about Senehi, Swiss said, "If you tell the audience you’re doing anything other than tricks, …you’re not doing entertainment. You’re doing religion."

And to anyone who objects to his characterization of what Senehi is doing as religion, allow me to point out that as a set of bizarre claims with zero evidence, psychic beliefs are clearly religion.

So to the people who would eliminate "rationalist indoctrination" from science classrooms, let me ask: what would you put in its place?  If we allow spiritualistic and faith-based beliefs to guide what we do in schools, we have stepped onto that fabled slippery slope.  Do you really want kids to sit through presentations by people who claim that they can learn how to do telepathy and bend spoons with their minds?  Are you honestly comfortable with allowing any and all faith-based belief systems to guide instruction?

If not, maybe the safest thing for all of us is to let science teachers keep on with the rationalism, and leave the faith stuff -- of all flavors -- to the homes and the churches.