In yesterday's post, I stated that I hated hoaxes worse than I hate outright scientific ignorance.  In response, a loyal reader sent me an article referencing a survey in which 80% of respondents said they favored mandatory labeling of foods that contain DNA. 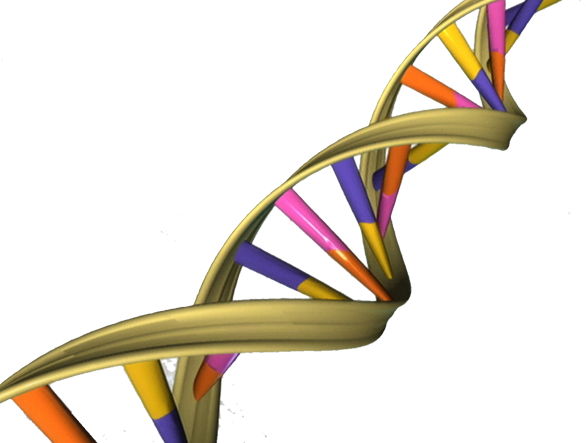 I kept looking, in vain, for a sign that this was a joke.  Sadly, this is real.  It came from a study done last month by the Oklahoma State University Department of Agricultural Economics.  And what it shows, in my opinion, is that there are people out there who vote and make important decisions and (apparently) walk upright without dragging their knuckles on the ground, and yet who do not know that DNA is found in every living organism.

Or maybe, they don't know that most of what we eat is made of cells.  I dunno.  Whatever.  Because if you aren't currently on the Salt, Baking Soda, and Scotch Diet, you consume the DNA of plants and/or animals every time you eat.

Lettuce contains lettuce DNA.  Potatoes contain potato DNA.  Beef contains cow DNA.  "Slim Jims" contain -- well, they contain the DNA of whatever the hell Slim Jims are made from.  I don't want to know.  But get the picture?  If you put a label on foods with DNA, the label goes on everything.


WARNING: This product contains deoxyribonucleic acid (DNA). The Surgeon General has determined that DNA is linked to a variety of diseases in both animals and humans. In some configurations, it is a risk factor for cancer and heart disease. Pregnant women are at very high risk of passing on DNA to their children.

Despite the scary sound of Somin's tongue-in-cheek proposed label, there's nothing dangerous about eating DNA.  Enzymes in our small intestines break down the DNA we consume into individual building blocks (nucleotides), and we then use those building blocks to produce our own DNA every time we make new cells.  Which is all the time.  Eating pig DNA will not, as one of my students asked me a few weeks ago, "make us oink."

But this highlights something rather terrifying, doesn't it?  Every other day we're told things like "30% of Americans Are Against GMOs" and "40% of Americans Disbelieve in Anthropogenic Climate Change" and "32% of Americans Believe the Earth is 6,000 Years Old."  (If you're curious, I made those percentages up, because I really don't want to know what the actual numbers are, I'm depressed enough already.)  What the Oklahoma State University study shows is:  none of that is relevant.  If 80% of Americans don't know what DNA is, why the fuck should I trust what they say on anything else even remotely scientific?

But it's the voting part that scares me, because as we've seen over and over again, dumb people vote for dumb people.  I'm not sure why this is, either, because you'd think that there'd be a sense that even if a lot of voters are dumb themselves, they'd want smart people running the country.  But maybe that'd make all the dumb people feel inferior.  Or maybe it's because the dumb people want to be reassured that they, too, could one day hold public office.

Either way, it's why we end up with public office being held by people like:

Louie Gohmert:  "We give the military money, it ought to be to kick rears, break things, and come home."

Rick Perry:  "The reason that we fought the [American] Revolution in the 16th century — was to get away from that kind of onerous crown, if you will."

Hank Johnson:  "Guam is an island that is, what, twelve miles from shore to shore?  And on its smallest level, uh, smallest, uh, uh, location, it's uh, seven miles, uh, between one shore and the other...  My fear is that (if US Marines are sent there) the whole island will become so populated that it will tip over and capsize."

Diana DeGette: "These are ammunition, they’re bullets, so the people who have those now, they’re going to shoot them, so if you ban them in the future, the number of these high-capacity magazines is going to decrease dramatically over time because the bullets will have been shot and there won’t be any more available."

James Inhofe: "Well actually the Genesis 8:22 that I use in there is that ‘as long as the earth remains there will be seed time and harvest, cold and heat, winter and summer, day and night,’ my point is, God’s still up there.  The arrogance of people to think that we, human beings, would be able to change what He is doing in the climate is to me outrageous."

Henry Waxman:  "We're seeing the reality of a lot of the North Pole starting to evaporate, and we could get to a tipping point.  Because if it evaporates to a certain point - they have lanes now where ships can go that couldn't ever sail through before.  And if it gets to a point where it evaporates too much, there's a lot of tundra that's being held down by that ice cap."

The whole thing is profoundly distressing, and brings to mind the quote from Joseph de Maistre:  "Democracy is the form of government in which everyone has a voice, and therefore in which the people get exactly the government they deserve."

And as far as my claim yesterday that deliberate hoaxes are worse than outright ignorance, I respectfully withdraw my statement.  Ignorance is worse.  Especially when ignorance has crossed the line into outright stupidity.
Posted by Gordon Bonnet at 3:00 AM