On Saturday, we looked at the wild conspiracy theories that have arisen around the military exercises called "Jade Helm 15" that are scheduled to take place in the southwestern United States this summer.  The conclusion I came to was that you had to be a major nutjob to believe what Alex Jones and his ilk were claiming -- a statement that comes pretty close to a tautology.

Unfortunately, further developments have shown that Texas Governor Greg Abbott is, by this definition, a major nutjob.

Abbott has informed Major General Gerald Betty that he is deploying the Texas State Guard to make sure that the planned military takeover of Texas doesn't happen.  Abbott wrote:


To address concerns of Texas citizens and to ensure that Texas communities remain safe, secure, and informed about military procedures occurring in their vicinity, I am directing the Texas State Guard to monitor Operation Jade Helm 15.  During the Operation's eight-week training period from July 2015 to September 2015, I expect to receive regular updates on the progress and safety of the Operation.

During the training operation, it is important that Texans know their safety, constitutional rights, private property rights and civil liberties will not be infringed.  By monitoring the Operation on a continual basis, the State Guard will facilitate communication between my office and commanders of the Operation to ensure that adequate measures are in place to protect Texans.

To make matters worse, we find out that a man who is running for president of the United States also considers Jade Helm a serious threat.  It will probably come as no surprise, however, that the contender I'm referring to is Ted Cruz:


My office has reached out to the Pentagon to inquire about this exercise.  We are assured it is a military training exercise.  I have no reason to doubt those assurances, but I understand the reason for concern and uncertainty, because when the federal government has not demonstrated itself to be trustworthy in this administration, the natural consequence is that many citizens don’t trust what it is saying.

Of course, this is not the first wacko idea that Cruz has fallen for.  When he found out about Agenda 21, a non-binding environmental action plan for sustainable development that was drafted in 1992 by the United Nations, Cruz wrote:

Right.  Because non-binding resolutions that no one has acted on for 24 years are all about destroying American sovereignty.

Oh, and don't you think that Ted Cruz looks exactly like a blobfish? 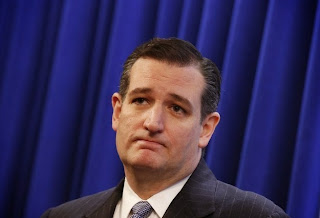 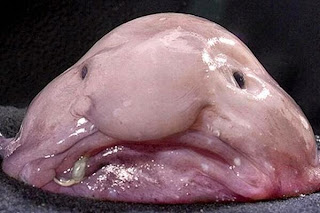 The whole Jade Helm thing, though, seems to be spiraling out of control.  Over at the dubiously-connected-with-reality website Personal Liberty, we find out that we need to panic even more because an anonymous guy found out from a friend of a friend that there are trains with shackles on them:


Let me drop a bombshell that I have not seen you address.  There are trains moving throughout Texas that have shackles inside some of the cars.  I have not personally seen them, but I know personnel that have seen this.  This indicates that these trains will be used to transport prisoners of some sort.  I know from reading your articles that your default belief will be that these are for American political prisoners and will be transported to FEMA detention camps of some sort.

What is a little scary about all of this is that when you get heavily-armed people scared over nothing, they react, and pretty soon that nothing turns into a great big something.

In other words, you have the insane tail wagging the slightly-less-insane dog.

So I'm glad that there are at least a few voices of reason, such as Republican Senator Todd Smith, who wrote a letter to Governor Abbott that began thusly:


Let me apologize in advance that your letter pandering to idiots who believe that US Navy Seals and other US military personnel are somehow a threat to be watched has left me livid.  As a 16 year member of the Texas House and a proud patriotic AMERICAN, I am terrified that I have to choose between the possibility that my Governor actually believes this stuff and the possibility that my Governor doesn’t have the backbone to standup to those who do.  I’m not sure which is worse.  As one of the remaining Republicans who believes in making decisions based on facts and evidence -- you used to be a judge?  I am appalled that you would give credence to the nonsense mouthed by those who intend to make decisions based on internet or radio shock jock driven hysteria.    Is there ANYBODY who is going to stand up to this radical nonsense that is a cancer on our State and our Party?  It is alarming that State Republican leadership is such that we must choose between DEGREES of demagoguery.

To which I can only say: Amen.

Of course, "listening to the voice of Reason" is not something we've seen people do much lately, especially when the loonies have whipped up a frenzy.  So I can only hope that wiser minds prevail, and the nutjobs quiet down, and whatever military exercises they have planned for this summer go off peacefully and without a hitch.  It would be a terrible thing if the conspiracy theorists turned out to be right, not because they were right from the beginning, but because the fear they'd incited created the very situation they were yelping about.
Posted by Gordon Bonnet at 2:43 AM