Every once in a while, I see a piece of valid scientific research that makes me cringe, because I know how the woo-woos are going to interpret it.

I know, I probably shouldn't care.  Let 'em think what they'll think (since they're going to anyway), and don't lose any sleep over what the wingnuts believe.  But given that I've been at this blog for five years now, I suppose that's a forlorn hope.

Take, for example, the research published a couple of weeks ago in The Journal of the American Medical Informatics Association by Mary Regina Boland, Zachary Shahn, David Madigan, George Hripcsak, and Nicholas P. Tatonetti, of Columbia University, that shows that for some diseases, susceptibility is correlated with birth month.  They used data on 1,688 medical conditions in over 1.7 million patients, and found that 55 of the disorders were "significantly dependent on birth month."  Boland et al. state:

So are you seeing where this is going, yet?  Because as soon as I read the abstract, I said, "Uh-oh."

Wait till the astrologers get a hold of this.

To their credit, the researchers anticipated this.  Co-author Nicholas Tatonetti said, in an interview with Time magazine:


Astrology puts a lot of stock on what month you were born in, and that really hurts this type of research, since there isn’t much scientific evidence to support that.  But seasonality is a proxy for variable environmental factors present at the time of your birth, and we are learning more about the very large role that environment, and gene-environment interactions, plays in our development.  This could be one way to start mapping out those gene-environment effects.

Let's start with The Washington Post, which in their article on the research, included the faceplant-inducing statement, "The scientific community has long since discarded astrology as pseudoscience.  Yet new scientific research suggests your "sign" actually may have more to do with your health than you might think."  Even though they went on to say that the researchers explicitly stated that their results have nothing to do with astrology, you know that zodiac buffs are going to remember this line and virtually nothing else.

Then we head further out into the ozone layer with the always-entertaining Natural News, which had the following to say:


While many people believe astrology is responsible for everything from your choice of spouse to career decisions, others maintain that one's birth month is nothing more than a date on a calendar. The latter group suggests that astrology is essentially hogwash, reserved for those who are so desperate for guidance that they resort to such "entertainment." They don't feel that whether one is a Leo or Capricorn should dictate a person's actions, much less help someone gain insight about their health.

However, according to a new Columbia University study, these hesitant folks might want to consider changing their mind.

The title of the article?  "A Scientific Basis for Astrology."

Then, there's the inclusion of the study on a site called Interesting Studies in Astrology. which begins with the following:


Many sceptics insist on 'irrefutable scientific proof' before they can entertain the possibility of a connection between the celestial and the terrestrial...

Over the past fifty years, scientists and astrological researchers are discovering a growing body of objective evidence of correlations between celestial positions and terrestrial life. These statistically significant results have been published in peer reviewed journals (including Correlation, a specialist astrological journal). Ironically, some of the strongest evidence has come from experiments backed by sceptical groups.

The Boland et al. study -- i.e., actual science -- is then thrown in amongst horseshit like a "study" that allegedly found that more redheads are born when "Mars is ascending." 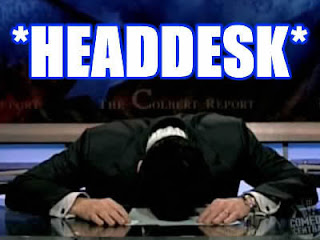 So the whole thing is just upsetting.  Here we have a thorough and careful piece of research that gives an interesting lens into how the timing of conception and birth can interact with environmental factors to influence later health issues, and it gets twisted into support for a worldview that claims that the reason I like shrimp curry is because I'm a Scorpio.  (I didn't make this up.)

I know, you can't control what people think, or how they'll interpret things.  But confirmation bias -- the tendency of people to overemphasize minuscule pieces of evidence when they're in favor of a belief they already had -- is crazy-making.

Of course, I probably only think that because on the day I was born, Saturn was in Capricorn.  You know how that goes.
Posted by Gordon Bonnet at 2:48 AM