Order out of chaos

As regular readers of this blog know, I've spent a lot of time thinking about what motivates people to buy into irrational worldviews.

Some of them, of course, can be explained from wishful thinking.  The belief in an afterlife -- at least the more pleasant sorts -- is likely to stem from some desire to assuage the fear of death.  And the idea of divination, that you can predict what you're in for through supernatural means, may well come from a need for reassurance that the future isn't going to suck.

It's more of a mystery, however, why people would gravitate toward the less cheerful models of how the world works.  Conspiracy theories, and punitive sorts of religions, and belief in black magic and curses -- how can those be appealing?  I've wondered for some time if it may not be some kind of compensatory mechanism for feeling powerless, or because even a horrible meaning for the universe is better than no meaning.  But I've had no evidence for this other than "it seems reasonable." 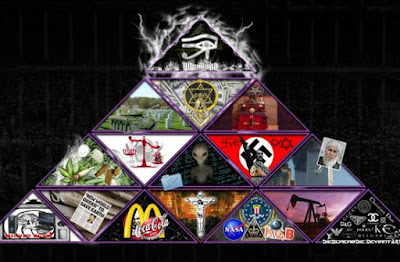 But now, Jennifer A. Whitson of the University of Texas' Department of Business Management, has co-authored a paper with Adam D, Galinsky (of Columbia University) and Aaron Kay (of Duke University) that puts a lens on these sorts of beliefs.  Entitled, "The Emotional Roots of Conspiratorial Perception, System Justification, and Belief in the Paranormal," the paper appeared in the Journal of Social Psychology earlier this year -- and it sheds some fascinating light on this rather dark facet of human understanding.

Whitson et al. designed an experiment to see if what was going on was a response to something ramping up our emotional state.  The authors write:


We predicted that experiencing emotions that reflect uncertainty about the world (e.g., worry, surprise, fear, hope), compared to certain emotions (e.g., anger, happiness, disgust, contentment), would activate the need to imbue the world with order and structure across a wide range of compensatory measures... It has long been known that people experiencing uncertainty engage in processes intended to reduce that uncertainty... We propose that emotions which embody an underlying appraisal of uncertainty about the world will instigate processes of compensatory control, e.g., attempts to regain a sense of perceived control over the uncertain landscape.  When people are gripped in the emotional vise of uncertainty, regardless of the valence of that emotion, they will engage in mental gymnastics to imbue the world with order — from putting faith in external sources of control like the government... to seeing illusory patterns, i.e., identifying a coherent and meaningful interrelationship among a set of unrelated stimuli.

So they tested 251 people, and and set up a situation where particular emotions would be heightened.  Different people were asked to focus on different kinds of emotions:

The idea was that memories of situations in which strong emotions were experienced would create a re-experience of those emotions, and would change the test subject's perceptions of the world -- and thus, their confidence about how the universe operates.  And it worked:


When participants recalled an uncertain emotion, regardless of its valence, they demonstrated evidence of compensatory control in the form of greater government defense...  We further tested the robustness of the link from uncertain emotions to compensatory control by looking at a different means of imbuing one's world with structure and non-randomness — belief in conspiracies and paranormal activity (Whitson & Galinsky, 2008).  While beliefs in the existence of paranormal phenomena or vast conspiracies do not on their face appear comforting, they are appealing because they provide structure to the world, making it appear less random.  Indeed, there is evidence that even threatening beliefs which provide structure are preferred to believing that the world is made up of unpredictable and chaotic forces.  For example, individuals reminded of uncontrollable hazards in their environment will attribute increased influence to focal enemy figures (Sullivan, Landau, & Rothschild, 2010), and reduced control increases preferences for structured yet pessimistic outlooks on the progression of a disease versus less structured but more optimistic outlooks (Rutjens, van Haneveld, van der Pligt, Kreemers, & Noordewier, 2013).  Similarly, conspiracies simplify complex and unpredictable social environments by attributing events and behavior to one organized, malevolent force (Hofstadter, 1965 and Zonis and Joseph, 1994).  In general, “conspiracy theory gives causes and motives to events that are more rationally seen as accidents. By attributing motives to chance happenings, believers gain control of the uncontrollable” (Pipes, 1997).

So the Whitson et al. study confirms what I'd always suspected; beliefs in the paranormal, and in religions (even harsh, punitive ones), and in conspiracy theories, are attractive because they give answers and meaning in a universe that otherwise would be a random, chaotic hash.  Even in the absence of evidence, people who feel uncertain or fearful will gravitate toward something that makes sense of things -- even if that something is unpleasant, or makes no particular sense in and of itself.

For myself, I'd like to know the world as it is.  A reassuring falsehood is still a lie, and approaching the universe with honesty is more important to me than telling myself stories.  As Carl Sagan put it, in his essay, "A Universe Not Made For Us":


What do we really want from philosophy and religion?  Palliatives?  Therapy?  Comfort? Do we want reassuring fables or an understanding of our actual circumstances?  Dismay that the Universe does not conform to our preferences seems childish.  You might think that grown-ups would be ashamed to put such disappointments into print.  The fashionable way of doing this is not to blame the Universe—which seems truly pointless—but rather to blame the means by which we know the Universe, namely science.

Science has taught us that, because we have a talent for deceiving ourselves, subjectivity may not freely reign.

Its conclusions derive from the interrogation of Nature... and are not in all cases predesigned to satisfy our wants.