Buoyed by the success last month of Cardinal Juan Sandoval Íñiguez, Archbishop Emeritus of Guadalajara, who conducted an exorcism of the entire country of Mexico, a Catholic priest in Scranton, Pennsylvania is now suggesting that we do the same thing for the United States.

Monsignor John Esseff, who has been a priest for 62 years and an exorcist for 35, says that "Such exorcisms … have helped bring awareness that there is such a thing as sin influenced by Satan...  The devil has much to do with [influencing people in] breaking the law of God." 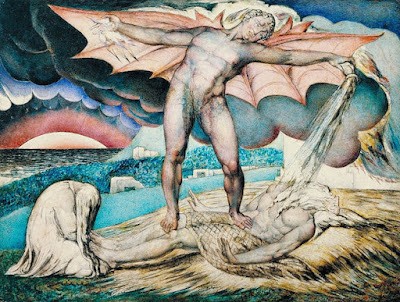 Right.  Because things in Mexico are ever so much better since Íñiguez and his intrepid team of Satan-fighters expelled all the demons from the country.  Notorious drug cartel leader Joaquín "El Chapo" Guzmán Loera escaped from jail last week, almost certainly with help, and is now in hiding.  A "killing surge" in the city of Monterrey three weeks ago left 25 people dead. Ruben "El Menchito" Oseguera Gonzalez, son of the Jalisco Cartel's leader, was arrested for the third time last week after already being arrested and released twice for complicity in "two cases of forced disappearance."  Officials have said, basically, that everyone knows he's guilty, but he almost certainly won't be tried and found guilty because of the culture of corruption, coercion, and fear that exists in the Mexican judicial system.  A study just found that Mexico has a gun-seizure rate twice that of Iraq -- and yet the violent crime is on the increase, with 2015 looking to set a record, just as 2014 did.

So the exorcism really worked well.  It's no wonder that Monsignor Esseff wants the United States to follow suit.

And if we can't get our act together to have a country-wide expulsion of demons, local bishops could still do a piece-by-piece exorcism.  "Every bishop is the chief exorcist of his own diocese," Esseff said.  "Any time anyone with the authority uses his power against Satan, that is powerful.  Every priest and bishop has that power...  During the exorcism of a diocese, the bishop calls on the power of Jesus over every court, every single institution, every individual and every family.  The whole country would have such power if bishops would exorcise their dioceses."

What strikes me as most bizarre about all of this is the seemingly complete lack of awareness by people like Esseff and Íñiguez that their Get Thee Behind Me Satan routine has no effect whatsoever. I mean, this is a lack of connection to reality on a truly colossal scale.  You'd think that the first time you had a flat tire, and you prayed to god to expel the demons from your steel-belted radials, and nothing happened, you'd go, "Huh.  What a goober I am.  I guess this doesn't work."

But no.  They keep doing their rituals and prayers and so forth, and nothing continues to happen, and they are for some reason completely undaunted by this.

When it comes to true disconnect with reality, though, they've got a good precedent in the bible itself.  "Truly I tell you," Jesus says in Matthew 17:20, "if you have faith as small as a mustard seed, you can say to this mountain, 'Move from here to there,' and it will move. Nothing will be impossible for you."

Either that's simply not true, or else mustard seeds are setting the bar for faith higher than they appear to be.  Because the faithful pray for stuff all the time -- ordinary stuff, not mountains moving around -- and a great deal of it doesn't happen.

But "god works in mysterious ways."  Which, I suppose, covers damn near every failure I can think of.

So we'll see, over the next few weeks, if American bishops take Monsignor Esseff's advice and exorcise the United States.  I suppose the whole thing falls into the "No Harm If It Amuses You" department.  Myself, I'm not expecting anything to change much.  Life will go on, crimes will still happen, Donald Trump will still be running for president.  Just showing that some demonic entities are harder to get rid of than others.
Posted by Gordon Bonnet at 2:46 AM