It would be really nice if we could stop giving credence to celebrities just because they're celebrities.

Just like any other slice of humanity, there are going to be some famous actors and singers and so on who are intelligent and sensible (Matt Damon seems to me to be one of those) and others who are either dumb as a bag of hammers, or else batshit insane (hello, Tom Cruise?).  Being in the limelight -- even being a brilliant actor or singer -- does not necessarily correlate with having brains.  So let's stop acting as if everything that comes out of a celebrity's mouth has to be divinely-inspired wisdom, okay?

The last in a long line of A-list stars to demonstrate a significantly low IQ is Jim Carrey, who recently went on a tirade in response to the passage of California Senate Bill 277, which outlawed personal and religious exemptions for parents trying to avoid having their children vaccinated before attending public school.  Carrey has long been anti-vaxx, and in fact was once in a romantic relationship with noted anti-vaxx wingnut Jenny McCarthy.  And now Carrey has launched into a diatribe on Twitter against the new law, saying that it legalizes "poisoning children."  Here are a few of his salvos:


California Gov says yes to poisoning more children with mercury and aluminum in manditory [sic] vaccines.  This corporate fascist must be stopped.

They say mercury in fish is dangerous but forcing all of our children to be injected with mercury in thimerosol [sic] is no risk.  Make sense?

I am not anti-vaccine. I am anti-thimerosal, anti-mercury.  They have taken some of the mercury laden thimerosal out of vaccines.  NOT ALL!

The CDC can't solve a problem they helped start.  It's too risky to admit they have been wrong about mercury/thimerasol [sic].  They are corrupt.

First of all, if he doesn't like the stuff, learning how to spell it might be a good place to start for improving his credibility.  (It's "thimerosal," for the record.)  Second, although he's right that not all vaccines are thimerosal-free, all of the ones given as routine childhood vaccinations are (or are available in a thimerosal-free version).  (It's significant that the one the anti-vaxxers rail about the most often -- the MMR vaccine -- has never contained thimerosal.)

Third, of course, is that in any discussion of vaccines, we have to take a look at relative risk.  Have there been children who have had adverse reactions to routine vaccinations?  Sure.  No medical procedure, however innocuous, is completely risk-free.  There have been extensive studies of the relative risks of side effects, from mild to severe, for every vaccine that's commonly administered, and the vast majority of side effects from routine vaccinations are mild and temporary.  (Here's a summary of those studies -- oh, but wait.  It comes from the "corrupt CDC."  Never mind.)

What about the risk of childhood disease?  Again, the risk is known, and it's high.  Diseases like measles, diphtheria, tetanus, hepatitis A and B, and polio -- for all of which there are now safe and effective vaccines -- are killers.  It's significant that the boy that I wrote about a few weeks ago, the first person to contract diphtheria in Spain in 29 years, died last week, and that the parents are now blaming the anti-vaccination movement for their decision not to have him immunized.  "The family is devastated and admit that they feel tricked, because they were not properly informed," said Catalan public health chief Antoni Mateu.  "They have a deep sense of guilt, which we are trying to rid them of."

Interesting way of putting it.  Maybe they should be experiencing a deep sense of guilt, given that it was their decision that led to his death.  And it's hard to see how in this day and age, being anti-vaxx qualifies as not being "properly informed."  Falling for scare talk and pseudoscience isn't "not being properly informed," it's being anti-scientific and gullible, which isn't the same thing.  And there's a fundamental principle operating here, which is that you can't save people from themselves.  Humans are going to make dumb decisions and then cast around for someone to blame them on -- this is hardly a new problem. 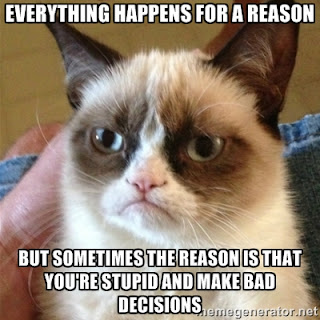 It's just tragic when those decisions result in the death of an innocent child.

Which, by the way, is exactly why we should have mandatory vaccination laws.  Adults are going to make their own decisions, and some of them will be based in ignorance and fear, and some of them will result in people being injured or killed.  But society has a responsibility to step in and protect children when their parents won't do so voluntarily.

That's what Senate Bill 277 is about.

And as far as Jim Carrey: dude, go back to making movies.  You made some pretty good ones -- The Truman Show and Eternal Sunshine of the Spotless Mind are two of my favorite movies.  (You also made some pretty stupid ones, but let's be as charitable as we can, here.)  You are not only not a scientist, you have shown that you can't even make an intelligent assessment of scientific research.  Hell, you don't seem to be able to spell.

So maybe it's time to retreat to Hollywood in disarray.  Or failing that, simply shut up.  That would work, too.
Posted by Gordon Bonnet at 2:00 AM