The origins of musical taste

I have been curious for a long time about what creates preferences in music.  Part of this curiosity is because of the important role music has had in my life.  When I was three years old, I apparently demanded that my mom allow me to learn how to use the record player because I wanted to be able to be in charge of what music got played.  My mom acquiesced -- odd, given both the request I'd made and my mom's character -- and I recall her saying, "And he never damaged a single record."

My own musical tastes are all over the map.  There is music I love and music I detest from almost every genre.  More interestingly, when I discover some new song or piece of music that sends me into raptures, it does so instantly, and with almost no engagement of the cognitive part of my brain.  I don't have any thoughts like, "Wow, it was really cool how that tune modulated from A major to C# minor, right there!"  In fact, there are rarely any thoughts at all.  It is a totally visceral experience, as if the music had played its own tune on my neurons, an ecstatic frisson like a glissando on some internal emotional harp strings.

And now, some researchers at the University of Cambridge have taken the first step toward understanding why people gravitate toward particular styles of music.  A team of psychologists led by Ph.D. candidate David Greenberg has shown that one pair of contrasting traits is a good predictor of what pieces of music someone will prefer.

Greenberg sorted people into "empathizers," people who respond primarily to the emotions of the people they are close to, and "systematizers," people who are more driven by understanding patterns and rules of the world around them.  And he and his team found that empathizers tended to prefer music that was mellow, music that was "unpretentious" (e.g. folk, singer/songwriter, and country), and music that was more accessible by virtue of being contemporary.  Systematizers, on the other hand, look for edgy music with elements of tension, strength, and energy, music that has surprising shifts, and music that is complex or cerebral.  The fascinating part is that the pattern even held true within genres; jazz enthusiasts who are empathizers tend to like mellow, bluesy, laid-back pieces, while systematizers prefer avant-garde, complex, driving tunes. 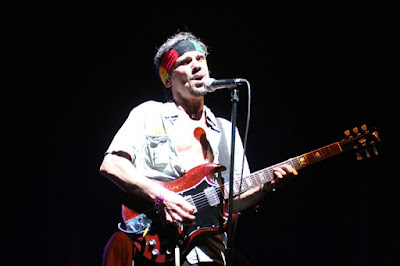 Simon Baron-Cohen, a member of the team, said, "This new study is a fascinating extension to the ‘empathizing-systemizing’ theory of psychological individual differences.  It took a talented PhD student and musician to even think to pose this question.  The research may help us understand those at the extremes, such as people with autism, who are strong systemizers."

David Rentfrow, senior author of the study, put it even more succinctly: "This line of research highlights how music is a mirror of the self.  Music is an expression of who we are emotionally, socially, and cognitively."

Which I find absolutely fascinating.  It certainly seems to hold true for me -- I can be empathetic, but it will come as no surprise to regular readers of this blog that the primary driver in my personality is a desire to understand how the world works.  I love the unexpected in music, partly because it's so much fun when I figure out what's going on and how it works -- explaining, perhaps, why I flipped when I discovered Balkan music, with its crazy rhythms and lightning-fast modulations.  Here are a few examples of music from various genres that have grabbed me by the emotions and swung me around, right from the first time I've heard them:

So that's enough to go on.  I could do this all day.  Like I said, music is important to me.  But check some of these out -- most are on YouTube -- and see if they have the same effect on you.

Greenberg's study, of course, has only provided a first-order explanation.  I suspect that there's a lot more going on here than can be explained by one pair of contrasting personality traits.  There's still a great deal to be understood about why music has such a powerful effect on the emotions, and (more specifically) why a particular piece of music will grab someone, and other ones -- even music that is similar in genre and overall feeling -- will leave the same person completely cold.

But this study still gives us an interesting lens into personality and musical taste that we didn't have before.  Think about your own favorite songs and pieces of music, and whether you are more of an empathizer or a systematizer.  Did the pattern hold true for you?
Posted by Gordon Bonnet at 3:01 AM