A ban on questioning

When I was sixteen years old, I signed up for a class called Modern American Literature.  I wasn't much of a reader -- English and History tended to be my worst subjects by a large margin -- but the class seemed better at least than slogs like Shakespeare and Nineteenth Century Poetry.

The teacher was a young woman named Ms. Beverly Authement, and her enthusiasm was infectious even for a mediocre student like myself.  So when it came time for us to choose books to read, I went through the list with at least a slightly better than average attitude.

The problem is, I hadn't heard of almost any of the books on the list, and wasn't sufficiently motivated to ask for suggestions, so I picked one more or less at random.  My choice was Thornton Wilder's The Bridge of San Luis Rey.

And my mind hasn't been the same since.

The story is the tale of a 17th century Peruvian priest, Brother Juniper, who is trying to make sense of the deaths of six villagers in a bridge collapse.  Why would God do such a thing?  What linked the six?  There had to be a reason, after all, that he selected these six to die, and no others.  So Brother Juniper delves into their histories, finds out what circumstances led to their being on the bridge the moment it broke apart and plunged them to their deaths.

And in the end, he concludes that either there is no reason for such things, or the reason is so subtle that it is beyond the human mind to discern it.  And in the devastating last pages, Brother Juniper is found guilty of the heretical action of doubting the divine will by the Inquisition and is burned at the stake, along with all of his writings.

Heavy stuff, and not something that you'd usually think of as a page-turner for a sixteen-year-old male.  But I couldn't put it down.  And the questions it opened in my mind took me to a new place in my understanding of the world -- which is what all good books should do. 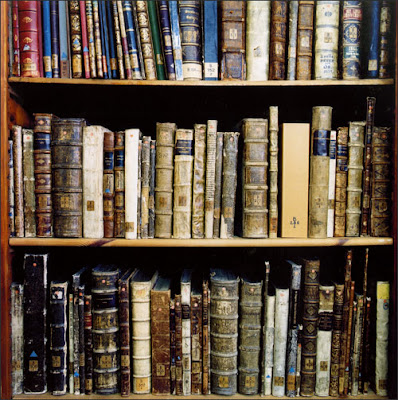 Which is why the actions of some parents and the response of the administration in Tallahassee, Florida are so completely wrongheaded.

A summer reading list for Lincoln High School included Mark Haddon's The Curious Incident of the Dog in the Night Time, a novel told from the point of view of an autistic fifteen-year-old.  It has been lauded as a masterpiece, and in fact was recently turned into a Broadway play.  But the book contains swearing, and represents some adults as struggling with the truth of religion.

The parents are saying this isn't about censorship.  "I am not interested in having books banned,” said Sue Gee, who spearheaded the effort.  “But to have that language and to take the name of Christ in vain — I don’t go for that. A s a Christian, and as a female, I was offended.  Kids don’t have to be reading that type of thing and that’s why I was asking for an alternative assignment.  I know it’s not realistic to pretend bad words don’t exist, but it is my responsibility as a parent to make sure that my daughter knows what is right or wrong."

She's "not interested in having books banned?"  Then what does she call "removing a book from a reading list because of ideological objections?"

And you know, Ms. Gee, if reading one book that asks some deep questions is enough to shake your daughter's faith, then there wasn't much there to begin with.  It's something that has struck me more than once; the tendency of the religious to represent their god as all-powerful and all-knowing and invincible, but simultaneously to feel like the whole edifice is so vulnerable and weak that it will crumble if a few people ask questions or have different viewpoints.

So what should a parent do if a child brings home a book that brings up some troubling points, or uses inappropriate language?  Discuss it with her.

After she reads it.

Because we're not talking about assigning Portnoy's Complaint to third graders, here.  These are young adults who soon will be off in college or at jobs, and will have to face a great deal more questioning of their own motives, beliefs, and attitudes than could ever come up in a single novel.  Keeping kids in some kind of protected, isolated hothouse out of fear is only going to have the effect of making it an even ruder shock when they run into the real world -- which will happen sooner or later no matter what.

Teenagers should be reading things that make them ask questions, that challenge their assumptions, that leave them changed by the last page.  If these things aren't happening, then reading turns into one of two things -- an echo chamber for what they already believed, or a set of literary drills with no purpose other than to force them to keep their eyes moving across the page.  As I tell my Critical Thinking students on the first day of class, "It is perfectly acceptable for you to leave this class in June with your beliefs unchanged.  It is not acceptable for you to leave with your beliefs unquestioned."

But such an attitude is intensely frightening to people like Gee, who apparently consider any exposure their children have to different worldviews a threat.  Worse still is the fact that the principal, Allen Burch, caved in and removed the book from the list rather than fighting the demagogues who made the demands.

And in the end -- as usual -- the students lose.  Because these sorts of acts are completely antithetical to education, a word whose etymology is from the Latin verb educare, meaning "to draw out of."  We often forget that, don't we?  Education isn't about stuffing facts into children's brains; it's about drawing out of them what they're capable of becoming.

Or as Nigerian playwright Wole Soyinka put it, "Education should be a grenade we detonate beneath stagnant ways of thinking."
Posted by Gordon Bonnet at 3:14 AM

Email ThisBlogThis!Share to TwitterShare to FacebookShare to Pinterest
Labels: banned books, education, Florida, religion, Tallahassee, The Bridge of San Luis Rey, The Curious Incident of the Dog in the Night Time