The voices of the dead

This week I ran into a couple of claims of a type I'd never heard of before -- and considering how long I've been in the game of analyzing the world of woo-woo, that came as kind of a surprise, especially when I found out that this sort of thing has apparently been going on for a while.

Turns out that there are people out there who say not only that they can contact the spirits of the dead,  but that they are acting as the ghost's locum.  In other words, they are guided by the not-quite-departed spirit to perform acts that the spirit itself would have done, if only it still had a body with which to do so.

Which becomes even more extraordinary when you find out that the ghosts are those of people like Pierre-Auguste Renoir, Johann Sebastian Bach, and Victor Hugo.

If you're thinking, "Wait... so that means...  No, they can't really be saying that" -- yes, that's exactly what they're saying.  These "mediums" write novels, create art, write music, and then claim that the works came from the minds of the Great Masters, who were just hanging around looking for someone through which to channel talents frustrated by the inconvenience of being dead.

First we have Rosemary Brown, a British housewife who in the 1970s catapulted to fame by going public with the story that she had written music -- or more accurately, written down music -- that had been dictated to her by Debussy, Beethoven, Liszt, Chopin, and Bach. 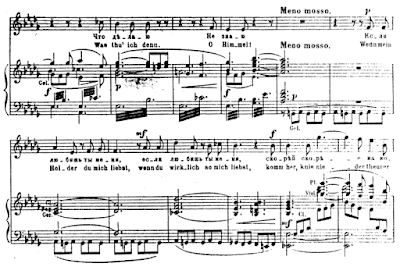 Some people have been impressed with her work to the extent that it was actually performed and recorded in a collection called A Musical Séance.  Pianist Elene Gusch, who wrote a biography of Brown, said, "It would have been difficult for even a very able and well-trained composer to come up with them all, especially to produce them at the speed with which they came through."

André Previn, conductor of the London Symphony Orchestra, was less effusive. "If the newfound compositions are genuine," he said, "they would best have been left on the shelf."

Brown died in 2001, still claiming that the pieces she wrote were actually compositions of long-dead composers.  She even described them; Debussy was a "hippie type" who "wore very bizarre clothes," Beethoven no longer had "that crabby look" because he'd regained his hearing, and Schubert tried to sing compositions to her but "he doesn't have a very good voice."

Skeptics, of course, point out that none of Brown's music goes much beyond the simpler and less technical compositions the composers created when they were alive, which is odd, especially since some of them had had hundreds of years to come up with new pieces.  But she's still considered by true believers to be one of the best pieces of spirit survival out there.

Then we've got Brazilian artist Valdelice Da Silva Dias Salum, who makes a similar claim, but about painting -- that when her hand holds the brush, she's being guided by Toulouse-Lautrec, Cezanne, Renoir, Degas, Matisse, Monet, and Van Gogh.  She actually signs her paintings not with her own name, but with the name of the artist who (she says) was doing the actual work.

"I grew up poor and illiterate," Salum told Lourdes Garcia-Navarro, the reporter for NPR who wrote the story.  "I didn't even know who these painters were.  I had no artistic talent.  But the spirits selected me."

Garcia-Navarro included in her story a drawing of a girl that Salum signed "Renoir."  To my admittedly untrained eye, it looks a bit like the attempts high school art students make to copy the style of the grand masters; there's nothing about it that has that luminous beauty that distinguishes a genuine Renoir.

But what do I know?  Apparently when Garcia-Navarro was researching for her story, she also found a writer named Divaldo Franco who is apparently producing new works by Victor Hugo, and another named Sandra Guedes Marques Carneiro, who has sold over 250,000 copies of romances she says are dictated to her from the spirit world by love-starved dead people.

No wonder they need to get their frustrations out.  When Rosemary Brown was on Johnny Carson, she apparently revealed that according to her sources, there was no sex in heaven, which is pretty damned disappointing.

Not that I'd probably be heading there even in the best-case scenario.

My general feeling about all of this is that as evidence for life after death goes, it's pretty thin.  Once again, we have the spirits of the dead communicating to the living things that don't really reveal to us much we didn't already know.  I find Rosemary Brown the most interesting of the lot -- I have to admit that some of her compositions aren't bad.  But there's nothing about them that jumps out at me and says, "Oh, this is definitely J. S. Bach at work."

The upshot is, as a writer, I'm going to continue to work on getting everything I can written while I'm alive.  It'd be nice if after I'm dead I could continue to dream up stories and upload them to the literal Cloud.  But I'm not counting on that opportunity.

So if you'd like to read something I've written (other than Skeptophilia, obviously), there's a selection at the right to choose from, and my next novel, Lock & Key, is scheduled to be on bookshelves in November.  Because once I've gone to my eternal reward (or just deserts, as the case may be), my general impression is that will be that.
Posted by Gordon Bonnet at 3:58 AM