There is a speech by a public figure that I wonder if you've heard.

I won't present it here in full; but I will give a link to the complete text later, for those of you interested in reading the entire thing.  But here is a bit of it:

There is an effort today to disturb the established order.  Wait a minute.  Listen, I am talking straight to you....  Let me repeat, the Bible says as clearly as language can put it...

Individually, Christian people... through the years have been able to work together and to understand each other.  But now a world of outside agitation has been started, and people are coming in the name of piety, but it is a false piety, and are endeavoring to disturb God’s established order; and we are having turmoil all over America.  This disturbing movement is not of God.  It is not in line with the Bible.  It is Satanic.  Now, listen and understand this.  Do not let people lead you astray.

These religious liberals are the worst infidels in many ways in the country; and some of them are filling pulpits...  They do not believe the Bible any longer; so it does not do any good to quote it to them.  They have gone over to modernism, and they are leading... people astray at the same time... But every good, substantial, Bible-believing, intelligent, orthodox Christian can read the Word of God and know that what is happening now is not of God...

Whenever you get a situation that rubs out the line that God has drawn... whenever that happens, you are going to have trouble.  That is what is happening today in this country.  All this agitation is... to overthrow the established order of God in this world...  Certain people are disturbing this situation.  They talk about the fact that we are going to have one world.  We will never really have one world until this world heads up in God.  We are not going to have one world by man’s rubbing out the line that God has established.  He is marking the lines, and you cannot rub them out and get away with it.

The established order cannot be overthrown without having trouble.  That is what wrecked Paradise.  God set up the order of Paradise.  He told Adam and Eve how to live and what food to eat and what not to eat.  He drew the lines around that Garden; and when Adam and Eve crossed over the lines of God, thorns grew on roses.  The first baby that was born was a murderer and killed his own brother.  So it has gone down through the ages.  It is man’s rebellion (due to the fall) against a Holy God to overthrow the established order of God in this world.

Sound like familiar rhetoric?  Contains a few more words, but basically the same sentiment as Rowan County Clerk Kim Davis's statement on being released from jail the day before yesterday: "I just want to give God the glory.  We serve a living God who knows exactly where each and everyone stands.  Keep pressing, don’t let down because he is here.  He is worthy."

And no one was more voluble about the jailing of Davis being an assault on the established order of god in the world than Mike Huckabee.  In an op-ed piece he wrote for Fox News, Huckabee said:


When I warned that the Supreme Court’s decision on marriage would lead to the criminalization of Christianity in America I was dismissed by many as an alarmist and my comments were mocked by the chattering class.  Now, just two months after the court's lawless ruling, an elected county clerk has been put in jail by an unelected judge for refusing to issue a “marriage" license to a same-sex couple, removing all doubts about criminalization of Christianity in this country.

It doesn't take a rocket scientist to see the parallels between Huckabee's words and the opinions voiced in the speech from which I quoted in the beginning of this post.  God has delineated proper guidelines for behavior; the courts are attempting to force the abandonment of those guidelines; and right-thinking Christian folk are commanded to stand up against the tyranny of a judicial system determined to erase the divine order in the United States of America. 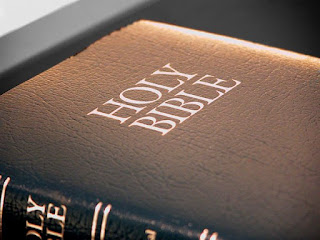 The only problem is, the first speech is one given by evangelical preacher Bob Jones in 1960 after the Supreme Court forced the segregation of public schools in the Brown vs. Board of Education decision.  He argued that the separation of races was a moral imperative, straight from the mouth of god via the bible.  The Supreme Court of the day was nicknamed "the nine dictators" and public employees were encouraged to flout the ruling -- resulting in the "Massive Resistance" movement that shut down schools in Prince Edward County, Virginia for nearly two years rather than see them integrated.

See the problem here?  When someone claims to know what god wants, almost always (what a coincidence!) god's will agrees perfectly with the person's own biases and beliefs.  Cherry-picking scripture to back up those biases and beliefs is easy enough; as we've seen over and over, you can find support for damn near anything you want in the bible if you pick and choose, up to and including stoning disobedient children to death.

And each time some bigoted cultural practice is presented as divine utterance, dire predictions are made of what will happen to our society if it's legislated into well-deserved oblivion.  Just yesterday, Glenn Beck said that the Supreme Court's decision on gay marriage was going to lead to our abandonment by god:


This is it.  I'm telling you this is the last call.  Within a year, America will be so divided that we literally will not even be able to understand one another.  I am telling you, please, Dear God, listen to me, please.  Please!  We are here.  This is the moment that historians will look back and say, 'They would have survived, but they chose death instead.'  He can no longer be our God.  He has to withdraw...  We're going to feel the full ramifications of what it feels like to choose death.

How is this any different from Bob Jones's claiming that ending segregation was "rebellion... against a Holy God to overthrow the established order of God in this world?"  Both are motivated by the narrow-minded, self-righteous bigotry of men and women who believe that the law of god demands the denial of basic human rights -- and both are justified using scripture and the language of hellfire and damnation.

And both, fortunately, are destined to the scrap-heap of history, along with countless other evils that have been put into the mouth of god by pious hypocrites -- slavery, the subjugation of women, anti-semitism, the torture of heretics, the burning of witches.

The target changes each time.

The basic inhumanity of moral assault, however, always remains the same, regardless of how it's justified.

Posted by Gordon Bonnet at 1:58 AM