If you make a prediction, and what you are predicting fails to materialize, there is something fundamentally wrong with your model of how things work.

That's the way it goes in science, you know?  Scientists build theories -- models of how a system operates -- then use those theories to generate predictions.  If experimental data proves to be inconsistent with the theory's predictions, then it's time to revise the theory, or else trash it entirely.

It's a pretty elegant system, and not really that hard to understand.  So why is this so antithetical to the way a great many people think?  Because just recently, there are a group of people who have had their predictions fail, over and over, and all it seems to do is make them louder in defending it the next go-round.

Let's start with the whackjobs who thought that the military exercise Jade Helm 15 was a thinly-veiled cover for a end run by the federal government that would result in a takeover of Texas, the declaration of martial law, the widespread confiscation of guns, and the execution of citizens who objected.  The conspiracy wingnuts who believed this went so far as to hold rallies, demand public meetings in which explanations were demanded from military leaders, and send out armed monitors to keep track of what the troops were doing out there in the desert.

And then... and then... none of that stuff happened.  Jade Helm ended on September 14, Texas is still Texas, no martial law has been declared, Americans are as heavily armed as ever, and the government's stockpile of guillotines is still unused.  I wonder if we can get a refund on them?  I bet they kept the styrofoam packaging.

But are any of the militiamen types who were running about thumping their chests in June standing up, red-faced, and saying, "Wow, I guess we were wrong.  What goobers we are."?  Not that I've heard.

Then we have the ever-entertaining Glenn Beck, who has been claiming for years that the End Times are starting.  Every time something awful happens -- which, admittedly, is pretty much every day, global conditions being what they are -- Beck says, "This is it!  We're in for it now!"  And then... the world doesn't end.

Kind of anticlimactic, that.

About a month ago, Beck said the following on his weekly radio show:


What's coming is God saying, right now, to us, 'Please don't, please stand up, please!  Please stand up and choose me.  Please choose me.  If you don't, I can't protect you anymore.  Don't you see what is happening in the world?  Don't you see what's coming your way?  I want to protect you!  If you don't choose me, I can't!  We've made a deal: I'm your God, you're my people; if you reject me as your God and you pick other gods, I can't take you as my people any more.'

And what happened was more or less: nothing.  No calamities, no horrific events taking our breath away, and no evil going "Raar."  Just your ordinary stuff that has happened all along.  But does Beck say, "Hmmmm.... maybe I really don't have a direct pipeline to god?"

Of course not.  He just revises his prediction.  "Okay, maybe not soon soon," he basically said, on his show this week.  "But still soon.  You'll see."  Now he's saying the stuff he has been predicting was imminent for the past five years is all gonna happen in 2016.  "I'm terrible at timing," he said, as if that didn't somehow call into question his entire worldview. 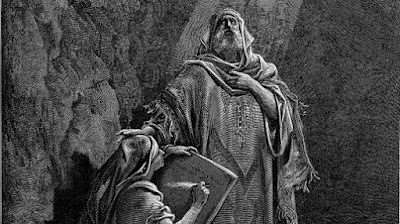 Then we had messianic rabbi Jonathan Cahn, who last year predicted that "the Shemitah" -- a cataclysmic event that will usher in the days of the messiah -- would occur on September 13, and would manifest as a massive stock market crash and resultant economic collapse.  But last Sunday came and went with no cataclysm, which was pointed out to Rabbi Cahn by Pat Robertson on The 700 Club.

Man, it's kind of sad when you're so loony that Pat Robertson calls you out.

Nothing has to happen.  You can't put god in a box or he'll get out of it.  The stock market wasn't open on Sunday, so you can't have a crash.  But what's happening with the Shemitah is, there are several templates in the book about how the different ones have come in the past forty or fifty years.  This one has... two of them have had a crash on Elul 29 [the Jewish calendar date that corresponded to September 13], but this one has a different pattern, and that's what this has done.  This is called the pattern of this [sic].  When the Shemitah has happened in the last cycles, what has happened is that in the days before the last day, the stock market, which has been ascending, the Shemitah changes that direction, and it starts to descend.  That has happened in this one as well.  It started in the summer...  It has followed the major pattern.  And this time is called the Shemitah's wake, and sometimes you have the worst crashes occur then, so we'll see what happens.

Bad things will happen!  Maybe on the date I said, but if not then, they'll happen either before or after that!  Like the stock market going up and then going down!  Because that never happens unless it's ordained by god!

People complain when the weather forecasters get it wrong occasionally.  These bozos, on the other hand, can have a zero batting average, and they continue to get television interviews and have weekly radio shows.

I don't get it.  I mean, I know that the folks who made the predictions themselves are interested in face-saving -- but why don't their followers go, "Whoa.  These people are crazy."?  Instead, every time some new apocalyptic nutjob pops up, spouting prognostications of doom, there are large groups who simply follow along, baaing softly, seeming not to notice that such forecasts have been wrong every single time.

It may be the only undertaking in which a zero success rate doesn't have any effect whatsoever.

Okay, maybe I'm being overly optimistic to expect that people would apply the principles of scientific theories to beliefs that are fundamentally unscientific.  But you'd think that human nature -- which, as far as I've observed, carries with it a dislike for being duped -- would kick in at some point, and the conspiracy theories and apocalyptic prophecies would not gain traction any more.

Never seems to happen, though.

But it'll happen in 2016!  On February 10!  You'll see!  The whole human race will abandon superstition, and the days of goofy counterfactual beliefs will be over!  Thus sayeth the prophecies!

Cross my heart and hope to die.
Posted by Gordon Bonnet at 2:57 AM