The latest in a long line of pseudoscience-based diagnostic and treatment devices is making the rounds, which is only notable because of how widely it's being circulated amongst the woo-woo alt-med crowd.  Called "Physiospect," this gadget claims to do just about everything but toast your bread for you.

The sales pitch starts with a bang:


The Physiospect is an NLS biofeedback system, connected to a computer it can diagnose and treat almost every known pathological condition, disease and illnesses, even before there are any physical symptoms.  The Physiospect machine will determine the stress level of all organs and systems, it can select the most appropriate allopathic and/or homeopathic remedies, as well as suitable foods, herbal and nutritional remedies, and can identify emotional and physiological issues.

Which is vaguely amusing in a number of ways, not least because at the bottom of the webpage is the following bolded message:


Physiospect does not provide specific medical advice, and is not engaged in providing medical and professional services.

Now, I may be missing something here, but "determining the stress level of all organs" and selecting remedies for what ails you (even homeopathic ones, so presumably you can figure out which pills with no active ingredients whatsoever would be the most helpful) definitely sounds like "providing specific medical advice."

How does it work, you may  be asking?  Well, they tell you all about it:


It works by sending an infra-red triggering signal of extremely low intensity to the Bio-field around the brain via specially designed headphones.  The principle is based on the fact the every cell tissue and organ has its own unique frequency pattern that varies as it experiences a load or stress.  The healthier the area being investigated the more stable its frequency pattern is.  We can direct the Physiospect to investigate the unique frequency of say the tissue of the right lung, given that the Bio-fields of both brain and lung tissue, (as with all parts of the body) are in constant communication with each other.

One thing I noticed right away was those wonderful words "field" and "frequency," which have rigorously-definied, specific meanings in physics, but seem to be popular with woo-woos who evidently think that you can take scientific vocabulary, define it any damn way you please, and still make sense.

But let's see... there's another word that always seems to appear in these sorts of claims... where is it?... it's got to be here somewhere...


The principles of the Theory of quantum entropy logic give justification to claim that a biological organ with pathology have an unstable (meta stable) state and Physiospect functions according to the principle of amplification of the initiating signal with the disintegration of meta stable systems involved.

This is then followed by what may be the single most incomprehensible bunch of pseudoscientific technobabble I've ever seen:


The Physiospect is a system of electronic oscillators resonating at the wavelength of electromagnetic radiation, whose energy is equivalent to the energy breaking down the dominant bonds that maintain the structural organization of the organism under investigation.  The magnetic field of the molecular currents, affected by external fields, lose their initial orientation, which causes misalignment of the spin structures of de localized electrons of admixture center of cortex neurons; that, in turn, gives rise to their unstable meta stable state whose disintegration acts as an amplifier of the signal. Physiospect produce a preset bio electrical activity of brain neurons.  With this it becomes possible to selectively amplify signals hardly detectable in the back ground noise and to isolate and decode the information they contain. 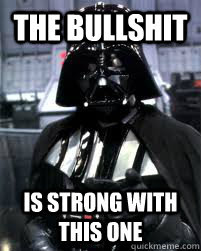 Worse still, we find out that the way the machine fashions a remedy for you is that you place a "carrier" like some water or sugar pills into the "resonance cup" after the machine scans you for problems.  The correct "resonant frequencies" are then downloaded into the "carrier," and you swallow it to fix what ails you.

Oh, and if you don't put any "carrier" into the "resonance cup," no worries!  The machine downloads the treatment directly into your body.

Well, all I can say is, I'm perfectly happy with my quantum meta-stable neurons oscillating at their original delocalized spin orientation, but thanks anyhow.  Especially when you find out that the system costs €11,500 (with an optional upgrade to the "Physiospect 23" for another €2,500).

You might be asking yourself, "What kind of moron would fall for such an obviously bogus spiel?"  I know that's what I asked.  But apparently, these things are showing up all over the place, purchased both by individuals and by practitioners of alternative medicine for use on their clients.  So as mind-boggling as it is, Physiospect is making money hand-over-fist selling these contraptions.

Look, I believe in caveat emptor and "a fool and his money are soon parted," and one of the recurring themes in this blog is that if you staunchly refuse to learn any actual science, you deserve everything you get.  But really.  This is like shooting fish in a barrel.  Rooking poor gullible people of €11,500 --  which, for my fellow Americans, is just shy of $13,000 -- and then sending them a souped-up laser pointer attached to a box with an assemblage of apparently random electronic equipment is just mean.

The whole thing makes me pine for the days when con artists tried to rip you off by claiming to be exiled Nigerian princes.