The least among us

In Ava Norwood's gripping novel If I Make My Bed in Hell, we read about the ordeal of Annabeth Showers, who has spent her seventeen years on Earth under the control of parents who belong to a cult called the Tabernacle of the Living Word.  She is forbidden to cut her hair, read any outside literature, listen to music.  Transgressions are punished by beatings and public humiliation.  Annabeth's journey from repression and fear to peace, freedom, and the right to self-determination is impossible to put down -- and should be required reading for anyone who wants to understand the role of religion in the oppression of women and children.

It is also a true story.

I don't mean in the details; there is no such person as Annabeth Showers.  The other characters in the story are equally fictional.  But for those who get to the last page of Norwood's book and heave a sigh, and say, "Well, at least none of this is real," I have news for you.

There are people now, in our modern society, who use the threats of god and hell and sin, and sometimes physical punishment as well, to control children through fear. 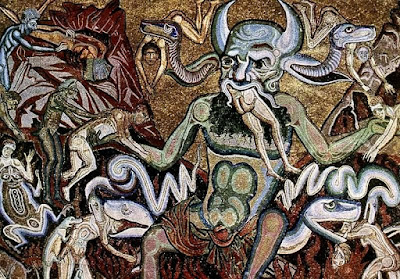 Let's start with the Fort Wayne, Indiana elementary school teacher who shamed a seven-year-old boy and gave him three days' worth of detention for telling another child he didn't believe in god.

Second-grade teacher Michelle Meyer found out that the boy -- who is referred to only as "A.B." -- was asked by another child if he went to church.  He said no, and allegedly, the other child "started to cry."  This brought the situation to Meyer's attention, who instead of using it as a teachable moment about tolerance of differences, proceeded to tell A.B.  that she was "very concerned" about his disbelief in god and about "what he'd done," and that she was going to call his mom.

She never did.  Probably realized that if A.B. doesn't go to church, neither does mom, and so a call home would be a losing proposition.  So Meyer came up with her own way of dealing with the situation.  According to the news story:


Ms. Meyer required that A.B. sit by himself during lunch and told him he should not talk to the other students and stated that this was because he had offended them.  This served to reinforce A.B.’s feeling that he had committed some transgression that justified his exclusion.

And to make matters worse, Meyer had A.B. and the girl whose religious sensibilities he'd offended talk to another adult, who also apparently believes in the Bring Children To God Through Humiliation approach:

A.B., who used to love school, is now afraid to go there because "everyone hates him," and frequently comes home crying.

Of course, this is mild.  There's only so much you can get away with in a public school.  But take away the protection conferred upon children by the eyes of outsiders, and you end up with the Twelve Tribes -- a group that sounds so much like Norwood's Tabernacle of the Living Word that the phrase "art imitates life" barely suffices.

In an exposé of this repressive cult by The Pacific Standard, I read with an increasing sense of horror about what these people do to their children out of a false belief based in fear -- the beatings, the terror talk about hell and the fiery furnace, the prohibition against play, the compulsory work starting as early as age five.  Like the Tabernacle, the Twelve Tribes is good at putting on a pleasant public face, running places such as the Blue Blinds Bakery in Plymouth, Massachusetts and the Maté Factor Restaurant in Ithaca, New York.  Their shops have a cool, back-to-the-earth vibe, and their food is high quality.

But you don't see what's behind the scenes.  Children being whipped with bamboo canes on their naked posteriors for minor offenses.  The oppression of women, who are forbidden to use painkillers during childbirth to "atone for Eve's sin."  The message that any doubt, any questioning, any hesitation is of Satan, and will result in eternal damnation.

The article I linked -- which is as hard to read, but as necessary, as Norwood's If I Make My Bed in Hell -- tells about a few children who successfully escaped from the cult's grip.  One girl was so perpetually terrified of punishment that her jaw would lock shut, preventing her from talking or eating, for hours or days at a time.

"If one is overly concerned about his son receiving blue marks," wrote cult founder Gene Spriggs in 1973, "you know that he hates his son and hates the word of God."

"Blue marks," by the way, are bruises.

Freedom of religion, like any freedom, has its limits; when you use your freedom of belief to oppress others, there is something seriously wrong.  As my mother put it, "My rights end where your nose begins."  And the situation stands out in even starker relief when the exercise of freedom of religion involves putting the powerless in a situation that amounts to physical and psychological torture.

It makes you wonder why the ultra-religious are so focused on the reality of hell in the afterlife, doesn't it?  They've already created something very like hell, here on Earth, for their own children.
Posted by Gordon Bonnet at 2:49 AM