Yes, we have no bananas

Yesterday a student asked me, "Is it true that you can die from eating too many bananas?"

I responded, "You can die from eating too much of anything.  How many bananas are we talking about, here?"

That sounded pretty unlikely to me, and I said so.  "What about eating seven bananas could be dangerous?"

"You'd die because so much potassium would be toxic," she said. "My brother told me he heard that from a friend."

Sketchier and sketchier.  One of the functions of your kidneys is to keep the levels of sodium and potassium in your blood within an acceptable range, and I couldn't imagine that a few too many pieces of fruit was all it took to overwhelm the system.  So I said I still thought it seemed implausible, but told her I'd look into it.

And lo, it turns out that this claim is making its way around.  In fact, BBC News Online ran a story just a few days ago entitled, "Can Eating More Than Six Bananas at Once Kill You?"  And this once again illustrates the truth of Betteridge's Law, which says that "Any headline that ends with a question mark can be answered by the word no." 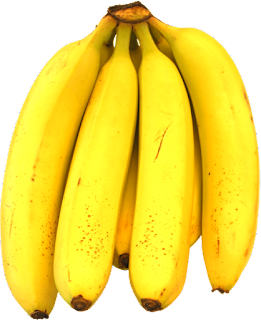 The most bizarre part about all of this is that it was stated, right there in the article, that the origin of the urban legend (if I can dignify it even with that name) was British actor and comedian Karl Pilkington, who made the statement in a conversation with fellow comedians Ricky Gervais and Stephen Merchant.

"Before when you were talking about bananas," Pilkington said, "I had that fact, about if you eat more than six, it can kill you.  It is a fact.  Potassium levels are dangerously high if you have six bananas...  I saw a bowl of bananas.  There's six bananas there.  You know why there's only six?  Seven would be dangerous."

And for some reason, enough people didn't know he was joking that the whole thing has now gone viral.

Can I remind you once again that Pilkington is a comedian?  I.e. a person who makes a living exaggerating the truth, or simply making shit up, to be funny?

And the BBC News Online is not helping.  Although later in the article they do quote Catherine Collins, a dietician at St. George's Hospital in London, who confirmed that seven bananas isn't going to kill you, there is an unfortunate tendency of people to read only the headline and the first couple of paragraphs of an article and decide that's all they need to know.  And by the fourth paragraph, you're still left thinking that your life is in danger from Toxic Death Bananas.

"It would be impossible to overdose on bananas," Collins said, way down near the end of the article.  "You would probably need around 400 bananas a day to build up the kind of potassium levels that would cause your heart to stop beating."

Well, I'm no dietician, but my general impression if that you eat 400 bananas in a single day, you're going to have way more problems to worry about than potassium toxicity.  And given that she phrased it this way, I'd be willing to bet that even amongst the readers who got this far in the article, there were still some who read Collins's statement and focused only on the words "EAT BANANAS POTASSIUM HEART STOP BEATING" and missed entirely the words "impossible to overdose."

So thanks to an offhand comment from a comedian, we now have another loopy idea to add to the list, joining ones like Daddy Long-Legs Are Deadly Poisonous But Have Weak Fangs, and Don't Throw Rice At Weddings Because Birds Will Eat It And Then Explode.

In short: there is no reason for bananaphobia.  Seven seems excessive, honestly, but if you'd like to pig out and eat the whole bunch, have at it.  And the other takeaway is: don't learn your science from comedians.  They lie sometimes.
Posted by Gordon Bonnet at 2:23 AM