For people with an axe to grind, there's a problem with the scientific method; it can't be swayed by bribes or specious arguments.  Followed correctly, it will give you answers -- even if those answers aren't the ones you'd hoped for.

Now, this doesn't mean that unscrupulous people can't cherry-pick the data afterwards and claim they've been vindicated.  But the method itself doesn't care what your political leanings are, what your biases are, what religion (if any) you belong to...

... or whether you believe in pseudoscience.  Which is a lesson that anti-vaxx organization SafeMinds should have learned before they spent $250,000 only to end up proving that they're wrong.

SafeMinds states their stance clearly, right on their "About Us" page:


The vast majority of new autism cases are due to worrisome changes in our environment – growing chemical exposures, poor nutrition, alterations in our biome, expansion of medical interventions, indoor lifestyles.  These changes are modifiable.  The autism epidemic can be reversed by accelerating environmental research and demanding reform in public health policies.

The problem is, the data doesn't support that conclusion.  The best research recently has shown that there is a strong link between autism and genetics -- including a study showing that the correlation for autism between monozygotic (identical) twins is 76% -- while it is only 34% between same-sex dizygotic (fraternal) twins, and 18% for dizygotic male/female twins.

How do you explain that if autism is caused by environmental factors alone?

But as we've seen, once you've decided you're right about something, even arguments and hard evidence won't change your mind.  In fact, as baffling as this is, it appears that it might make your erroneous convictions stronger.

Which is why SafeMinds pitched in $250,000 to fund a study of the effect of vaccines on the brains of baby macaque monkeys.  Okay, study after study has shown that there is no connection between vaccination and anything except becoming immune to deadly childhood diseases -- but maybe this time they'd have the smoking gun in hand. 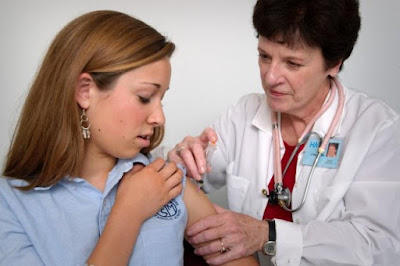 Predictably, it didn't quite work out that way.  Science writer David Gorski, over at Science-Based Medicine, describes it this way:


Between 2003 and 2013, SafeMinds provided scientists from the University of Texas Southwestern School of Medicine, the University of Washington, the Johnson Center for Child Health & Development and other research institutions with approximately $250,000 to conduct a long-term investigation evaluating behavioral and brain changes of baby rhesus macaques that were administered a standard course of childhood vaccines.  (The National Autism Association, another organization that has questioned vaccine safety, also provided financial support for this research.)  The latest paper in the multiyear project was published Monday in the Proceedings of the National Academy of Sciences (PNAS).  In it, the researchers concluded that vaccines did not cause any brain or behavioral changes in the primates.

The whole thing would make me guffaw except for the fact that millions of dollars have been wasted trying to prove the safety and efficacy of vaccines to people who are bound and determined to ignore every bit of scientific evidence generated -- money that could be better spent trying to find the actual causes of autism, and perhaps a way to treat it more effectively.  At some point, we need to stop treating the anti-vaxxers as if they have any legitimacy.  We don't spend research grant money year after year investigating astrology; why do so for any other pseudoscientific beliefs, regardless of whether the True Believers try to couch their nonsense in scientific terms?

Time to say, "Case closed."  You had your chance to prove your contention.  Turns out you were wrong.  Move on, nothing to see here.

Because that's the beauty of science, isn't it?  It will give you answers -- although they may not be the ones you anticipated.  But as eminent astrophysicist Neil deGrasse Tyson put it, "The good thing about science is that it's true whether or not you believe in it."
Posted by Gordon Bonnet at 2:38 AM