Back to the drawing board

A while back, I was interviewed by Robert Chazz Chute on his online show The Cool People Podcasts, and I was asked an interesting question.

A number of interesting questions, actually, but one specific one stands out.  Chute asked me if my dedication to skepticism and evidence-based argument had ever shown me to be wrong about something I previously believed to be true.

I said, "Sure," but when pressed, the only examples I could think of were fairly low-key, such as when I found out that low-level laser light can stimulate wound healing, something that initially sounded like woo to me.

But that's not really the same as having a prior belief overturned.  So I came up empty-handed, which was a little awkward, although I did maintain that if even my deepest-held beliefs were shown to be false by hard evidence, I would have no choice but to revise my worldview.

I had a more interesting opportunity to walk the talk yesterday, when I came across a new scholarly study of conspiracy theorists,  a topic near and dear to my heart.  I have claimed more than once that I thought that the heart of conspiracy theories was a desire to find meaning in chaos -- that any pattern, even a horrible one, was better than there being no pattern at all.

Which conclusion was completely unsupported by Sebastian Dieguez, Pascal Wagner-Egger, and Nicole Gauvrit of the Department of Psychology at the University of Fribourg.  Their paper, entitled "Nothing Happens by Accident, or Does It?  A Low Prior for Randomness Does Not Explain Belief in Conspiracy Theories," found no correlation between belief in conspiracies and a belief that things can't happen at random.


Belief in conspiracy theories has often been associated with a biased perception of randomness, akin to a nothing-happens-by-accident heuristic.  Indeed, a low prior for randomness (i.e., believing that randomness is a priori unlikely) could plausibly explain the tendency to believe that a planned deception lies behind many events, as well as the tendency to perceive meaningful information in scattered and irrelevant details; both of these tendencies are traits diagnostic of conspiracist ideation. In three studies, we investigated this hypothesis and failed to find the predicted association between low prior for randomness and conspiracist ideation, even when randomness was explicitly opposed to malevolent human intervention.  Conspiracy believers’ and nonbelievers’ perceptions of randomness were not only indistinguishable from each other but also accurate compared with the normative view arising from the algorithmic information framework.  Thus, the motto “nothing happens by accident,” taken at face value, does not explain belief in conspiracy theories.

I was pretty surprised by this, largely because I was so certain that I was on to the root cause of conspiracy theories.  But apparently, the Truth-Is-Out-There Cadre are no more likely to see meaning in noise than the rest of us.

So what, then, does unite the True Believers?  Because they have some pretty wacko ideas, and those have to come from somewhere, you know?  Just in the last few days, we have had:

This last one generated the greatest number of wackos coming out of the woodwork, and resulted in comments like the following:

What people fail to take into account is the molecular destabilization and rapid metamorphosis that occurred when the the pyramids power source failed.  This likely occurred in the time of the flood of Noah.  So the Noah’s pickup truck hypothesis is not that far fetched as it would seam [sic].

Look this up: Limestone, Concrete and Granite are the same material only in different metamorphic states.  I think when the pyramids went haywire things got very molecularly unstable for a period of time.  This theory explains all the crazy imprints in what should have been solid rock found all around the world. Particularly in granite.

In fact perhaps that is what actually weakened the crust enough to open “the fountains of the deep” (reference: hydroplate theory).

For anyone who has been slacking the pyramids where [sic] something like a Tesla coil energy system and at one time likely housed a power source known as the Tetragrammaton.

So yeah.  What would make someone believe that, if not a desire to make sense of a world that is mostly composed of chaos?  I mean, that's honestly why science appeals to me; it puts at least some sense of order to the randomness, gives us deep explanations of the perplexing, provides a heuristic for winnowing out fact from fiction.

And science has a pretty good track record for being right.  Unlike crazy talk about Tesla coils powering pyramids to cause "molecular destabilization." 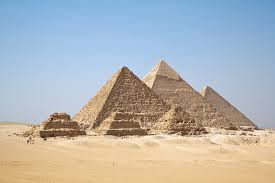 But if Dieguez et al.'s research bears up under scrutiny, the appeal of conspiracy theories must lie elsewhere.  Are they generated from fear, from the same primitive drive that makes us imagine monsters when we hear noises at night?  Is it a misfire of our application of the scientific method, where we try to apply the rules, but make mistakes in judging evidence or constructing arguments, and come to the wrong conclusions?

Or is it something else entirely?

That's another thing about science; you can't engage in scientific thought without being willing to say the dreadful words, "I don't know."  Once your hypothesis is shown to be unsupported, it's back to the drawing board you go.  But there's nothing so very bad about that, honestly.  As Neil deGrasse Tyson said, "Scientists are always at the drawing board.  If you're not at the drawing board, you're not doing science.  You're doing something else."
Posted by Gordon Bonnet at 2:44 AM