October must be International Confirmation Bias Month, or something.

First we had the conspiracy theorists saying that a probably-Photoshopped photograph of a floating city was evidence that Project Blue Beam was targeting China with a death ray.  Then religious types claimed that there was a miraculous artifact from 9/11, in the form of a bible page "fused to a melted steel beam," despite the fact that paper, being flammable, would be awfully hard to fuse to a red-hot piece of metal.  Then we had people falling for a snake-oil cure-all called "ORMUS," one version of which turns out to be peppermint-flavored dried grass clippings.  We had a hum in Taos, New Mexico that everyone is freaking out about but which probably is nothing more than tinnitus, some erosion patterns on the Great Sphinx that have convinced some scientists that it's 200 times older than it actually is, and finally people still vehemently believing that birth order determines personality despite a study of 377,000 people that says that it doesn't.

Awfully pervasive, confirmation bias.  Not to mention frustrating.  Which is why the latest example caused me to do multiple facepalms.

It all started, as so many bogus news stories do, with Fox News.  A couple of weeks ago they ran a story called "One-third of Vegetarians Eat Meat When They Get Drunk," which claims that a study shows that 37% of British vegetarians eat meat -- and then won't admit it afterwards -- when they've been imbibing.

Well, this story got some serious traction on social media, especially amongst that subsection of meat eaters who like to think of vegetarians and vegans as holier-than-thou hypocrites.  More than one has brought up the Larry Groce song "Junk Food Junkie," about the guy who leads a double life, wearing natural fibers and eating macrobiotic health food during the day, and going out secretly for a cheeseburger at night:

The story fit the narrative so well that it wasn't even questioned.

The problem is, it turns out that the study wasn't done by any kind of scientific team, it was done by a  "U.K.-based discount code website" called "VoucherCodesPro."  Initially, this wasn't said explicitly in the story, but very quickly (some) people caught on that we weren't talking about cutting-edge science.  We weren't, in fact, talking about science at all.   Even after Fox edited the article to include the source in the first paragraph, people still spread it all over the place, hee-hawing about how funny those hypocritical vegetarians are, and almost none of them questioning whether the source itself was valid.  An exposé over at the vegetarian/vegan blog The Avocadbro put it this way:


When you see all of these news outlets report the same thing, you have to assume at least one reporter—if not two, three or all of them—spent some time verifying the study. Apparently none of that happened.  Again, I’m still holding out a small percentage of hope that I’m wrong about this.  But I’m just some random Internet blogger.  It’s up to one of the many reporters who passed along these surveys to scrutinize their sources... How, apparently, did not a single one of these reporters, after they typed (or copy and pasted) the words “a survey by coupon website Voucher Codes Pro,” stop and think to themselves: What?  Is this a legitimate source?

Well, yeah.  Exactly.  And you should read the post over at The Avocadbro in its entirety, because it takes apart the Fox News claim one piece at a time -- leaving you questioning not only the results of the poll, but whether there was a poll conducted at all, or if the people over at "VoucherCodesPro" simply made the entire thing up. 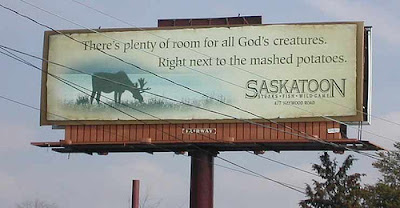 But my personal dietary preferences shouldn't lead me to accept without question an accusation of hypocrisy against people who make different choices.  Especially when the accusation is based on information that is almost certainly specious.

And man, I wish there was some way that applying the "Check your sources" rule could become mandatory before being allowed to post anything on social media.