The price of micromanagement

It's pretty clear, from a number of different studies in various contexts, that micromanagement doesn't work.

Micromanaged employees have lower productivity, lower job satisfaction, and less willingness to work in teams than employees given more freedom.  A 2011 study at Concordia University's School of Business by researchers Marylène Gagné and Devasheesh Bhave made it clear that when workers have more autonomy, they are happier and work harder.

"Autonomy is especially likely to lead to better productivity when the work is complex or requires more creativity," Gagné said.  "In a very routine job, autonomy doesn’t have much impact on productivity, but it can still increase satisfaction, which leads to other positive outcomes.  When management makes decisions about how to organize work, they should always think about the effect on people’s autonomy." 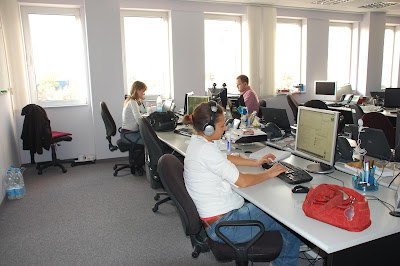 Some companies have taken this to heart.  Consider the software company Atlassian, which several years ago initiated a new policy called "ShipIt" Days -- once a month, employees are given a day at work of total autonomy.  You can do whatever you want, as long as you're willing to share what you did with your coworkers and employers.  Here's how Atlassian's website describes "ShipIt" Days:


Atlassian’s ShipIt Days have influenced companies from Ennova to Yahoo! to encourage employees to step out of their day-to-day mindset, think creatively about anything that relates to their business and then deliver a solution.  ShipIt Days are inspired by the idea to “ship in a day.”  Participants are given 24 hours to develop a working prototype that “scratches an itch,” innovates around an area related to their personal or team operations, or demonstrates something awesome and inspiring.  The competition is fueled with Atlassian-sponsored pizza and beer and concludes with an edge-of-seat “show-and-tell” where employees vote for a winner.  Along with company-wide recognition and personal bragging rights, the winner takes home a trophy and limited-edition t-shirt.

“With Atlassian ShipIt Day, employee creativity and team spirit soar,” said Carol Ganz, director of business development for Six Feet Up, a developer of open source web applications.  “ShipIt Days are like playtime which is ironic because this is probably the 24 hours when we work the hardest.”

Now, compare this to the teaching profession in the United States, where teachers are micromanaged from the first bell to the last.  Under the guise of "accountability" and "improving standards," teachers are given scripted "modules" to teach from.  We are not only prohibited from designing our own assessments -- something we were trained to do -- we are prohibited from grading our students' final exams, because of fears that we'll cheat.  There is a drive -- not yet implemented, but likely to be in the next couple of years -- that will prevent principals from observing and evaluating teachers in their own buildings, because apparently the upper administration doesn't even trust the principals.  Teacher observations have to be done by administrators from other schools, thus tying up more of principals' time, and assuring that the people writing evaluations are ones who know little about the teacher or the students they're watching.

It's like educational administrators read the Concordia study upside down and backwards, or something, and concluded that productivity rises when Big Brother Is Watching You.

It's something I found out years ago as a teacher; when I tried one-second-to-the-next micromanagement of the students in my classroom, it always backfired.  The best approach has always been freedom within structure.  In my Critical Thinking classes, the final project is a personal essay describing how your ideas and attitudes have changed over the course of the semester.  I tell them that the instructions are "follow your nose."  If something we studied in the class really made an impact, tell me about it.  Take your thoughts and go deep.  I want a coherent essay that is, in essence, a critical analysis of your own brain, not a list of answers to questions I've created.

"What's the grading rubric?" I often am asked.

Some students get pretty panicky when they hear that.  We've trained them for years that life is a giant fill-in-the-blank test, and you better fill in the blanks with the right answers.  But nearly all of them rise to the challenge of this project -- some afterwards telling me that it was one of the hardest essays they ever wrote -- and I've seen phenomenal results, despite naysayers telling me when I first started doing this, "This is just giving kids license to bullshit."

I've shown some of the doubters examples of the papers that come out of this project.  They're not naysayers any more.

There are places in the world where teachers and students are given more autonomy.  Schools in Finland, for example, are often lauded as being exemplars of excellence.  Pasi Sahlberg, visiting fellow at the Harvard University Graduate School of Education, suggests why this is:


Teachers [in Finland] have time in school to do other things than teach.  And people trust each other.  A common takeaway was that Finnish teachers seem to have much more professional autonomy than teachers in the United States to help students to learn and feel well.

We do know that teachers’ workplaces provide very different conditions for teaching in different countries.

First, teachers in the US work longer hours (45 hours/week) than their peers in Finland (32 hours/week).  They also teach more weekly, 27 hours compared to 21 hours in Finland.   This means that American teachers, on average, have much less time to do anything beyond their teaching duties (whether alone or with colleagues) than teachers in most other OECD countries.

In Finland, teachers often say that they are professionals akin to doctors, architects and lawyers.  This means, they explain, that teachers are expected to perform in their workplaces like pros: use professional judgment, creativity and autonomy individually and together with other teachers to find the best ways to help their students to learn.
In the absence of common teaching standards, Finnish teachers design their own school curricula steered by flexible national framework.  Most importantly, while visiting schools, I have heard Finnish teachers say that due to absence of high-stakes standardized tests, they can teach and assess their students in schools as they think is most appropriate.

Did you catch the gist of all of that?  Finnish teachers teach fewer hours per week, are given more freedom, don't give standardized tests... and they get better results.

I've often wondered why American educational leaders are so far behind the curve when it comes to taking psychological and management research and incorporating it into the structure of schools.  We've known about these results for years; but due to fears of failing schools and anxiety over what would happen if the leash is loosened, we've seen an increasingly oppressive top-down management style that is known to decrease productivity and job satisfaction.

I've said it before: I've taught for 29 years, and by and large have loved my job.  But if I were a college student today, no way in hell would I become a teacher.

It's to be hoped that we'll wise up one day.  But the delay comes at a cost; there are students now, in classes today, who are being harmed by our attitudes toward teachers and schools.  Maybe it's time we take a page from Atlassian's playbook.  Let go of the reins a little, and see what happens.  It could hardly be worse than our current module-driven, exam-laden, joyless world of the Common Core.
Posted by Gordon Bonnet at 2:41 AM