The science of beauty

I got a curious response to my post yesterday about finding out that my previously-held explanation for why people become conspiracy theorists was probably wrong.

Do you worry about why your loved ones love you?  Maybe it's some chemical thing in their brain, right?  Do you tell your wife that's what love means?  Maybe it's a gene or something that's why I think flowers are pretty.  If so, the explanation is uglier than the flowers are.  I'd rather look at the flowers.

All your scientific explanations do is turn all the good things in life into a chemistry class.  I think they're worth more than calling them brain chemicals.  I'll take religion over science any day.  At least it leaves us with our souls.

Well, L. D., thanks for the response.  I find your views interesting -- mostly because they're just about as opposite to the way I see the world as they could be.

But you probably already knew that.

There is a reason why musical tastes exist.  We're nowhere near the point in brain research where we could discern the explanation; but an explanation does exist for why Shostakovich's Waltz #2 gives me goosebumps, while Chopin's waltzes do nothing for me whatsoever.  Nothing just "is because it is."

And I can't fathom how knowing the explanation devalues your appreciation of the thing itself.  Me, I would love to know what's happening in my brain when I hear a piece of music I enjoy.  We're beginning to get some perspective on this, starting with a 2011 study that found that the neurological response to hearing a piece of music we love is similar to the brain's response to sex.

Cool, yes?  I think that's awesome.  How would knowing that make me appreciate music less?

I find flowers even more beautiful knowing that their shapes and colors evolved to attract pollinators, and understanding a bit about the chemistry of photosynthesis. 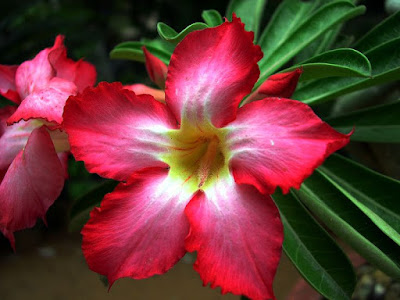 Understanding light refraction doesn't make me shrug my shoulders at a rainbow.  And even love -- which L. D. evidently thinks lies entirely in the mystical realm -- is made no less by my knowledge that its underpinning has to do with brain chemistry.  It's like that old song with the verse:

A more scientific type added a verse, to wit:


Nuclear fusion is why the stars do shine.
Thigmotropism is why the ivy twines.
Rayleigh scattering is why the sky's so blue,
And testicular hormones are why I love you.

Which I think is a good deal more realistic than attributing it all to souls and people "doing things because they do them."

In short: science itself is beautiful.  Understanding how the world works should do nothing but increase our sense of wonder.  If scientific inquiry isn't accompanied by a sense of "Wow, this is amazing!", you're doing it wrong.  I'll end with a quote from Nobel Prize winning physicist Richard Feynman, who in his 1988 book What Do You Care What Other People Think? had the following to say:


I have a friend who's an artist, and he sometimes takes a view which I don't agree with.  He'll hold up a flower and say, "Look how beautiful it is," and I'll agree.  But then he'll say, "I, as an artist, can see how beautiful a flower is.  But you, as a scientist, take it all apart and it becomes dull."  I think he's kind of nutty. …  There are all kinds of interesting questions that come from a knowledge of science, which only adds to the excitement and mystery and awe of a flower.  It only adds.  I don't understand how it subtracts.