A case of the willies

The topic for today's post comes from a loyal reader of Skeptophilia via a source I don't even look at any more, namely The Daily Mail Fail.

I avoid sources like this for the most part for two reasons -- first, they're low-hanging fruit, as skeptic-fodder goes, because whatever actual information they include is usually sensationalized, exaggerated, or outright wrong.  Second, I have no particular desire to send readers to those sites and boost their hit-counters.  They get enough ad revenue from their regular readers as it is; I would really rather not add to it.

So when a frequent contributor of topics for this blog sent me the link, I was reluctant to click on it, much less write about it.  But when I read the title of the article, I just couldn't help myself.

Because the title is, "God Made Eve from Adam's Penis, Not His Rib, Claims Religious Academic."

The gist of the story is that Ziony Zevit, professor of biblical studies at American Jewish University in BelAir, California, has come up with the idea that the Hebrew word "tsela" -- ordinarily translated as "rib" in the creation story -- instead "refers to limbs sticking out sideways from an upright human body."

So why the penis?  Why not, for example, the arm, which in most guys sticks out way more sideways than our penises do?  Two reasons, says Professor Zevit:  first, the number of bones in the arms and legs, not to mention the number of ribs, is the same in men and women, and you'd expect men to have one less bone somewhere if god had snitched one of 'em to make Eve.  Second, humans are among the few mammals that lack a baculum, a bone that reinforces the penis, which is why dogs (for example) so seldom need Viagra.

So anyhow.  After I recovered from nearly injuring myself laughing over this, I thought, "Okay, let me check my sources, here.  It is, after all, The Daily Fail.  They probably are misrepresenting Professor Zevit, or possibly even making it all up." 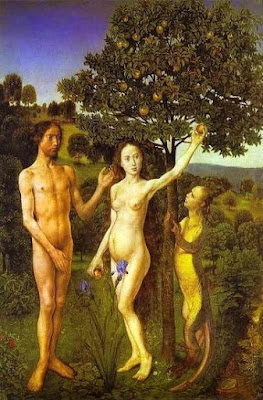 But even stopped clocks are right twice a day, as my dad used to say.  This time The Daily Fail actually got it right.  Zevit did indeed make that claim, pretty much as outlined above, and his entire argument (if I can dignify it by that term) appeared in the September/October issue of Biblical Archaeology Review.

If you're amused so far, wait until you hear the reaction from the readers of the journal.

"I write to express my disappointment with your magazine. I wish to cancel my subscription," wrote Sue Glaze of Maryland.  'That is plainly not a Bible teaching. I do not need and will not read articles that damage my faith or attempts to cause me to doubt what I know is the truth from the Bible."

Another reader, Reverend Randall Krabill, was equally outraged.  "How does Ziony Zevit's article have anything to do with Biblical archaeology?  I have never purchased a tabloid magazine in my life -- and I have no intention of ever doing so.  I certainly didn't realize that was what I was doing when I subscribed to BAR."

Another pastor, Don Brubacher agreed, calling the claim "outlandish," and supporting his opinion by going right to the top.  "As Jesus scathingly said: 'You blind guides! You strain out a gnat and swallow a camel.' (Matthew 23:24)."

This last comment is even funnier when you realize that people like Brubacher and his ilk have no problem accepting talking snakes, or a 600-year-old Israeli man rescuing kangaroos from Australia prior to a worldwide flood, but there is no way they'll accept that god made women from a piece of Adam's willy.

Of course, pretty soon the other biblical academics started to weigh in, and most of them were equally unimpressed.  Alan Hooker, a blogger on the topic of the Old Testament, pointed out a possible problem with Zevit's claim:


Firstly, the Hebrew text of Genesis 2:21 does not support the authors’ thesis. It reads, “Then Yahweh of the gods caused a trance to fall upon the man (Adam), and while he slept, he took ahat missalotayv…”  The phrase ahat (lit. “one of”) missalotayv (“from his tselas”) implies that whatever Yahweh took from man, there was more than one of them to begin with.  The construct form of ahad (one) coupled with the plural of tsela lends more weight to the traditional idea that this is a rib bone, and not the baculum.

Can't argue with that.  Most guys are equipped with only one wang, not to mention zero wang-bones (to use the technical terminology).  So Hooker may be on to something, there.

Of course, given that I am starting from the standpoint of not believing any of it, the whole argument strikes me as ridiculous.  They're taking a Bronze Age fairy tale, and trying to use scientific evidence to sort out how the fairy tale can actually be true.  But as usual, that leaves the most mystifying thing of all unsolved -- how, if Eve was made from any part of Adam, she (and every other woman since then) has two X chromosomes, while Adam presumably had an X and a Y.

So anyhow, that's today's episode of "How Many Angels Can Dance on the Head of a Pin?"  The whole thing leaves me with the general feeling anyone participating on either the pro-rib or pro-penis side of the argument is, in a word, insane.  Me, I'm done thinking about it, and in fact I think I need to go read some Richard Dawkins just to restore order to the universe.
Posted by Gordon Bonnet at 2:27 AM