A reason to keep going

This week we are seeing the final installment of the wonderful Washington Post weekly column "What Was Fake On the Internet This Week?"  It's not that the writer, Caitlin Dewey, has run out of material, that a wave of logic and skepticism has swept across the interwebz, rendering her job pointless.

Actually, it's the opposite.  After doing the column for a year and a half, Dewey is feeling defeated.

I understand her despondency, and I won't say I don't feel something of the same myself at times.  Dewey not only feels up against a rising tide of credulous idiocy, but also the inevitable money motive of the clickbait sites -- Now8News, The World News Daily Report, Before It's News, Above Top Secret, Infowars.  These all straddle the line between honest attempts to peddle a viewpoint, however crazy, and a completely pragmatic desire to devise headlines that get people to click the links and activate the advertising revenue it brings.


Frankly, this column wasn’t designed to address the current environment.  This format doesn’t make sense.  I’ve spoken to several researchers and academics about this lately, because it’s started to feel a little pointless.  Walter Quattrociocchi, the head of the Laboratory of Computational Social Science at IMT Lucca in Italy, has spent several years studying how conspiracy theories and misinformation spread online, and he confirmed some of my fears: Essentially, he explained, institutional distrust is so high right now, and cognitive bias so strong always, that the people who fall for hoax news stories are frequently only interested in consuming information that conforms with their views — even when it’s demonstrably fake.

Pretty hard to argue that point.

I was talking to my son about the problem yesterday evening, and his initial response was to agree with Dewey.  What she -- and I -- are attempting to do largely amounts to what my dad used to call pissing in a rainstorm.  (Had a way with words, my dad.)  But on reconsideration, Nathan said, "Well, think of it this way.  Let's say that of the people who read your blog, 90% are already rationalists and skeptics, and are only reading it for the amusement value, or to validate their own opinions.  That's still 10% for whom the issues are still in play.  How many hits do you get a day?"

"About a thousand, give or take," I said.

"So, that's a hundred people you're reaching every day who still might be convinced.  It's like the swing states in an election.  They may be few in number, but they're the ones whose votes count the most."

Smart kid.  And as he put it, "Having a hundred swing voters a day read your posts isn't too damn bad, when you think about it." 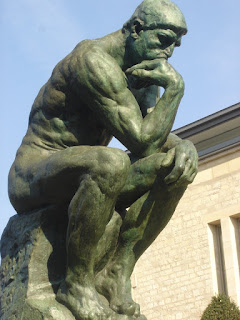 Couple that with an email I got yesterday from a loyal reader, who had the following to say:


Merry Christmas to you and yours, Gordon.  I want to take this opportunity to tell you how much I appreciate the time you put into being a voice of reason in the whirlwind of craziness.  I can't imagine how you keep plugging away at this, but dammit, someone needs to be saying these things.  Kudos to you, and I hope Skeptophilia is around for many more years.

It's not only the personal validation of Fighting The Good Fight that keeps me going; it's knowing that there are people who are still reading, thinking, and talking, and who might in some small way be inspired to keep it up by reading what I write.  Yes, the internet is full of sensationalist trash and clickbait sites; it's an awfully good conduit for bullshit.  But it also links minds from across the world, and I can't help but feel optimistic about that.  As ZestFinance CEO Douglas Merrill put it, "All of us is smarter than any of us."

So if you're reading this, thank you, whether you've come here because you're undecided, come to have your opinions validated, or come to scoff at someone you disagree with.  If you're still reading and thinking, you're doing what you need to do.  Even if there will always be people in the world who renounce logic and reason, there is nothing to be gained by the logical and reasonable amongst us staying silent.
Posted by Gordon Bonnet at 1:22 AM