A few days ago, I started reading Michio Kaku's wonderful book Visions: How Science Will Revolutionize the 21st Century.  The book is fascinating, buoyed up by Kaku's ebullient writing style and endless optimism about our future, touching on the possibilities of artificial intelligence, planet-wide information systems with unfettered access for all, medical advances that could extend (healthy) life span to perhaps twice what it is now, and the ability to harness clean energy sources that are for all intents and purposes inexhaustible.  He suggests that our species, in a time that on the grand scale is a snap of the fingers, will be heading for the stars.

At the same time, here on Earth things are looking pretty awful, as if we'd finally succumbed to the Chinese curse "May you live in interesting times."  Only a few hours ago, we here in the United States had yet another senseless mass shooting, this time an attack on a center for the developmentally disabled in San Bernardino, California.  The attack left fourteen confirmed dead and an equal number injured; the suspects are, at the time of this writing, still at large, and their motives for attacking the center are unknown.  Just a few days ago, an ultrareligious right-winger killed three people and wounded nine at a Planned Parenthood clinic in Colorado Springs.  Many have linked the attack to vitriolic rhetoric from so-called Pro-Lifers like Joshua Feuerstein, who has suggested that doctors who perform abortions deserve to be murdered.  We have one presidential candidate who has openly praised noted conspiracy theorist loon Alex Jones; another claimed yesterday that "the majority of violent criminals are Democrats."  Further afield, the UK Parliament has given the go-ahead for bombing Syria, ISIS has murdered a Russian captive in retaliation for air strikes against ISIS-held areas, our "allies" in Saudi Arabia are very likely in the next few days to behead Ali Al-Nimr, a protestor who was arrested when he was only 17, and in general the world just seems to be a fucked-up morass of misery, hatred, horror, and death.

I'm an optimistic guy, for the most part.  I have always been firmly convinced that most people, most of the time, are doing their level best to act morally and responsibly.  I've also been a strong believer in the idea that you don't have to agree with someone in order to get along with them.  I've had more than one cheerful pint of beer with a friend whose political views are (to say the least) opposite to mine.  I'm a staunch atheist, but have dear friends who are Jews, Christians, Buddhists, and Wiccans. (I'm not leaving out Muslims deliberately; I just don't happen to be close pals with any.)

But in the current atmosphere, when the tenor of the news seems to be paralleling the diminishment of the light as we approach the winter solstice, it's hard to keep those ideals in mind.  It becomes increasingly easy to give in to despair, to decide that humanity isn't really worth saving, that any good we do is outweighed by the tremendous evils that we visit on each other for reasons of religion, race, belief, and sometimes for no reason at all.

Still, we do some beautiful things sometimes.  Billionaire Facebook CEO Mark Zuckerberg has pledged 99% of his share revenues to charities connected with personalized learning, curing diseases, connecting people and community building.  The Planned Parenthood clinic that was attacked has been the focus of two separate fundraising drives, one through GoFundMe and the other through YouCaring.

But I keep coming back to the heartache of why we, here in the 21st century, are still having to face people being murdered for wanting control of their own bodies, for wanting to be able to speak freely and criticize their governments, for simply being in the wrong place at the wrong time.  It's so far from Kaku's idyllic space-age wonderland that I find myself wondering if the human race will survive long enough to meet even one of his high-flown predictions.

I think the solution lies with the like-minded sticking together, and telling each other that there are still good people in the world, that we will make it through these dark times.  That the days will lengthen, winter will warm into spring, and (perhaps even!) the news will one day be dominated by positive stories.  We have to remain optimistic; if we don't, if the good people of the world give up and succumb to despair, then the evil really will have won. 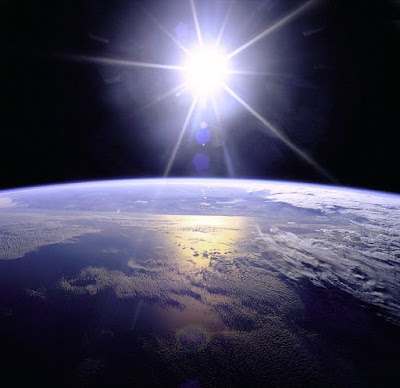 I will leave you with a poem that I first discovered when I was 13 years old.  I still can't read it without choking up; not too long ago I tried to read it out loud to my son when he was going through a rough patch, and we both ended up bawling.  I think it's more relevant now than when it was written by Max Ehrmann, almost a hundred years ago.


Go placidly amid the noise and haste, and remember what peace there may be in silence.
As far as possible without surrender be on good terms with all persons.
Speak your truth quietly and clearly; and listen to others, even the dull and ignorant; they too have their story.
Avoid loud and aggressive persons, they are vexations to the spirit.
If you compare yourself with others, you may become vain and bitter;
for always there will be greater and lesser persons than yourself.
Enjoy your achievements as well as your plans.
Keep interested in your career, however humble; it is a real possession in the changing fortunes of time.
Exercise caution in your business affairs; for the world is full of trickery.
But let this not blind you to what virtue there is; many persons strive for high ideals;
and everywhere life is full of heroism.
Be yourself.
Especially, do not feign affection.
Neither be critical about love; for in the face of all aridity and disenchantment it is as perennial as the grass.
Take kindly the counsel of the years, gracefully surrendering the things of youth.
Nurture strength of spirit to shield you in sudden misfortune. But do not distress yourself with imaginings;
Many fears are born of fatigue and loneliness. Beyond a wholesome discipline, be gentle with yourself.
You are a child of the universe, no less than the trees and the stars;
you have a right to be here.
And whether or not it is clear to you, no doubt the universe is unfolding as it should.
Therefore be at peace with God, whatever you conceive Him to be,
and whatever your labors and aspirations, in the noisy confusion of life keep peace with your soul.
With all its sham, drudgery and broken dreams, it is still a beautiful world. Be careful. Strive to be happy.

Posted by Gordon Bonnet at 1:43 AM