Considering what I write about six times a week, it's nice to have some validation on occasion.

The topic comes up because of a paper by Gordon Pennycook, James Allan Cheyne, Nathaniel Barr, Derek J. Koehler, and Jonathan A. Fugelsang that just came out in the journal Judgment and Decision Making, and which has the wonderful title, "On the Reception and Detection of Pseudo-Profound Bullshit."

I want all of you to read the original paper, because it's awesome, so I'll try my hardest not to steal their fire.  But you all have to see the first line of the abstract before I go any further:


Although bullshit is common in everyday life and has attracted attention from philosophers, its reception (critical or ingenuous) has not, to our knowledge, been subject to empirical investigation.

Just reading that made me want to weep tears of joy.

I have spent so many years fighting the mushy, sort-of-scientificky-or-something verbiage of the purveyors of woo-woo that to see the topic receive attention in a peer-reviewed journal did my poor jaded little heart good.  Especially when I found out that the gist of the paper was that if you take someone who is especially skilled at generating bullshit -- like say, oh, Deepak Chopra, for example  -- and compare his actual writings to phrases like those generated by the Random Deepak Chopra Quote Generator, test subjects couldn't tell them apart.

More specifically, people who ranked high on what Pennycook et al. have christened the "Bullshit Receptivity Scale" (BSR) tended to rate everything as profound, whether or not it made the least bit of sense:


The present study represents an initial investigation of the individual differences in receptivity to pseudo-profound bullshit.  We gave people syntactically coherent sentences that consisted of random vague buzzwords and, across four studies, these statements were judged to be at least somewhat profound.  This tendency was also evident when we presented participants with similar real-world examples of pseudo-profound bullshit.  Most importantly, we have provided evidence that individuals vary in conceptually interpretable ways in their propensity to ascribe profundity to bullshit statements; a tendency we refer to as “bullshit receptivity”.  Those more receptive to bullshit are less reflective, lower in cognitive ability (i.e., verbal and fluid intelligence, numeracy), are more prone to ontological confusions and conspiratorial ideation, are more likely to hold religious and paranormal beliefs, and are more likely to endorse complementary and alternative medicine. 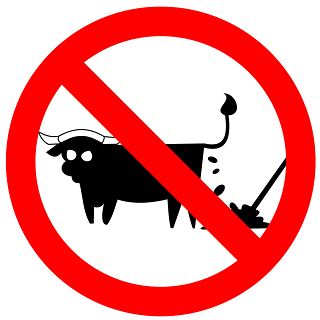 Then, there's this passage from the conclusion:


This is a valuable first step toward gaining a better understanding of the psychology of bullshit.  The development of interventions and strategies that help individuals guard against bullshit is an important additional goal that requires considerable attention from cognitive and social psychologists.  That people vary in their receptivity toward bullshit is perhaps less surprising than the fact that psychological scientists have heretofore neglected this issue.  Accordingly, although this manuscript may not be truly profound, it is indeed meaningful.

I don't think I've been this happy about a scholarly paper since I was a graduate student in linguistics and found the paper by John McCarthy in Language called "Prosodic Structure and Expletive Infixation," which explained why you can say "abso-fuckin-lutely" but not "ab-fuckin-solutely."

The paper by Pennycook et al. has filled a void, in that it makes a point that has needed making for years -- that it's not only important to consider what makes someone a bullshitter, but what makes someone an, um, bullshittee.  Because people fall for platitude-spewing gurus like Chopra in droves, as evidenced by the fact that he's still giving talks to sold-out crowds, and making money hand over fist from selling books filled with lines like "The key to the essence of joy co-creates the expansion of creativity."

Which, by the way, was from the Random Deepak Chopra Quote Generator.  Not, apparently, that anyone can tell the difference.

And it brings me back to the fact that what we really, truly need in public schools is a mandatory course in critical thinking.  Because learning some basic principles of logic is the way you can immunize yourself against this sort of thing.  It may, in fact, be the only way.

Anyhow, I direct you all to the paper linked above.  The Pennycook et al. one, I mean.  Although the paper by John McCarthy is also pretty fan-fuckin-tastic.
Posted by Gordon Bonnet at 1:51 AM