In my more uncharitable moments, I feel like people who get swindled and put their health at risk using quack cures deserve everything they get.  With the wealth of information available, there is no excuse for not learning a little bit of science before you decide whether to purchase some goofy pseudoscientific cure-all.

But the compassionate side of me does feel bad for people who are ill, and who spend their money on some swindler's snake oil instead of seeking help from an expert (i.e., a doctor).  All caveat emptor aside, what charlatans do just isn't nice.

I have to admit, however, that the uncharitable side won when I read about a health warning that was just issued in France over "scalar energy pendants."

What are scalar energy pendants, you may be asking?  I refer you to the site Quantum Science Pendants, wherein for as little as $12.95 you can purchase a pendant to hang around your neck which is "made from special Japanese volcanic lava containing over 70 Natural Minerals which emit energy which positively benefits the body, manufactured & processed under extreme temperature before it is coagulated to form bio-ceramics under low temperature treatment & structurally bonded together at a molecular level."  The last part is the bit that amused me the most, because it implies that other things are not bonded at a molecular level, which would mean that everyday objects are just random clusters of disconnected molecules that are as likely as not to fall apart into loose piles of quarks if you handle them too roughly.

Then, we are told, the pendants "provide the highest negative ion count in the market making it the standard to which all other Scalar Energy Pendants are held."  This would mean that the pendant is basically the negative pole of a battery, and should short out as soon as it touches a conductor (which, if the voltage was high enough, would include you).  So I'm not sure that having lots of negative ions is necessarily a good thing.

Be that as it may, you can get scalar energy pendants that are charged with "far infrared energy," not to mention ones with crystals of various descriptions.  Crystals, of course, open up yet another opportunity for woo-woo gibberish, on top of what we've already seen.

Anyhow, all this comes up because of an announcement in France, wherein we find out that CRIIRAD, the Commission for Independent Research and Information on Radioactivity, has found that scalar energy pendants are...

So yes, they are "charged up with energy," but it's not the kind of energy you want anywhere near your body.  "The analysis performed by the CRIIRAD laboratories revealed that the objects have abnormally high levels of natural radioactivity related to incorporation of radioactive ore," a spokesperson for CRIIRAD said last week.  "The concentrations of radioactive products from the presence of uranium-238 and thorium-232 is on the order of 100 times to 10,000 times higher than the average soil activity."

[Note to readers: the link provided is in French, if you're interested in following up my sources and/or checking my ability to translate.]

The scalar energy pendant people should probably reconsider their sales pitch, because the case is being handed over to a government agency that investigates consumer fraud.  "Nothing [in their sales website] warns against the presence of radioactivity," said a spokesperson for the Independent Association for Fraud Control (DGCCRF) and the Commission for Consumer Safety, adding that the pendants "can all lead to exceeding the dose limit for radioactivity... and tests have showed that the interposition of a shirt or even a sweater does not properly protect the skin from exposure."

What might be funniest about all of this, to anyone who knows some physics, is that all energy is "scalar."  All scalar means is "a quantity having only magnitude, not direction," to differentiate it from quantities that are vectors (and have both magnitude and direction, such as velocity and momentum).  Saying "scalar energy" is a little like saying "wet water."  So once again, we have a goofy use of a scientific term to hoodwink people who are apparently incapable of doing a Google search or looking something up on Wikipedia.

And along the way, giving said nimrods a potentially dangerous exposure to radioactive materials. 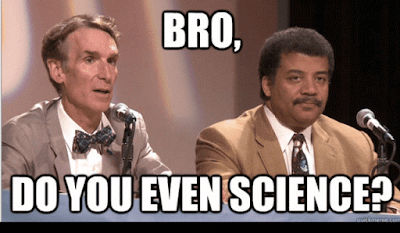 So I guess you can tell that at the moment, I'm not feeling very charitable.

In any case, it's heartening that the folks in France at least are taking some action.  I'm still waiting for the FDA over here in the US to  follow suit and, for example, take homeopathic "remedies" off the shelf  Although to be fair, at least water and sugar pills don't have any harmful effects except on your pocketbook.
Posted by Gordon Bonnet at 1:55 AM