The year in review

So it's the last day of 2015, and we here at Skeptophilia HQ would like to wish you all a very happy 2016.  This has been a year of milestones, including hitting 1.5 million lifetime hits (many thanks to my loyal readers for that) and seeing my first two novels published in paperback (Kill Switch and Lock & Key, available at fine bookstores everywhere, not to mention Amazon, links provided in the right sidebar, hint-hint).

I thought it might be entertaining to take a look back at some of the stories we've covered this year, and perhaps we'll be able to glean some kind of hopeful trend that the world overall is becoming less likely to fall for silly nonsense as time goes on.  So on this New Year's Eve, sit back and let's take a trip back in time to look at... 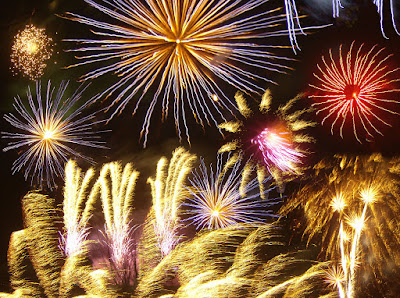 We started off January with a bang, with a claim by Jim Stone of the site Environmental Terrorism that we shouldn't get vaccinated, because the government is secretly putting nanobots in vaccines that will have the effect of eating your brain and making you not believe in god.  Apparently the people behind all of this are, unsurprisingly, the Jews, who were implicated because the nanobots, which look suspiciously like bacteriophage viruses, are shaped a little like a Star of David.  If my own experience counts for anything, I had a flu shot this year, and have not noticed any particular uptick in my atheism, nor have I had any strange cravings for matzoh balls or gefilte fish.  But I'm certainly keeping an eye on it.

In February, we had another in the long series of claims that President Obama is the Antichrist, and secretly wants to convert all Americans to Islam, take away all of our guns, and release various disease-causing microorganisms into the American citizenry to cause havoc and despair.  (No word on whether one of those was the Jewish zombie nanobots we reported on in January.)  What impresses me about all of this is that if Obama is an evil arch-villain, he's a really bad one, because (1) none of the awful things his detractors have suggested he was up to have actually happened, and (2) if you look around you, the economy has actually improved; gas prices, the deficit, and unemployment are down; and in general, the country doesn't seem any worse off than it was seven years ago when he was elected.  However, it's not like the people who make these claims are doing so because of logic and hard evidence, so the good economic news will probably be cast as a smokescreen by Obama to distract us from all of the evil Antichrist activities he's up to.  You know how that goes.

March began with a viral post claiming that until recently, humans were unable to see the color blue, and the reason is that ancient languages had no word for "blue."  Put another way, if you don't have a word for something, you can't see it.  This claim fails on two counts -- first, that it doesn't square with the physiology of color perception (in fact, the retina has cones that have a peak absorption in the blue region of the spectrum), and second, there are plenty of ancient languages that have words for "blue." But the fact that it's clearly wrong didn't discourage people from reposting it all over the place, often with delighted comments like, "Wow!  I didn't know this!  This is so cool!", lo unto this very day.

In April, some researchers in Sweden showed us once again how easy our perceptual and cognitive systems are easy to fool with a clever experiment that convinced participants that their bodies had become invisible.  Besides the interesting light it sheds on (and right through, in fact) how our brains perceive the world, the experiment is being hailed as the first step in developing sensurround virtual reality.  Holodeck, here we come.

May brought us a baffling story about a British doctor who is knocking himself out writing papers trying to explain homeopathy using quantum mechanics.  The particular paper linked in the post is kind of a must-read, given that no one (to my knowledge) has ever tried to apply the Schrödinger wave equation to chakras before, and also because it has the unforgettable line, "the safest treatment strategy might be for the practitioner to proceed via gradual removal of the symptoms."  Which I have to agree with.  Having doctors proceed by making the patients' symptoms worse is seldom advisable.

In June we had an international incident in which a group of tourists from Canada and various countries in Europe decided to climb Mount Kinabalu in the province of Sabah in Malaysia, and celebrated their reaching the top by taking off all of their clothes for some naked selfies.  The whole episode evidently angered the gods, who responded by causing an earthquake five days later that killed eleven people.  The fact that none of the victims were the people who had gotten naked on the mountaintop didn't stop local officials from attributing the earthquake to god's wrath, so they rounded the tourists up and threw them in jail.  It took weeks and lots of intergovernmental wrangling to get them all released.  So just remember, if you're in an earthquake-prone region: the gods do not want to see your naughty bits, and if they are forced to look they will respond by smiting the absolute shit out of someone else.

In July we had the start of the scary government activity called Jade Helm 15, which was a highly secret and covert operation designed to overthrow the government of Texas and result in the declaration of martial law and the guillotining of innocent civilians, despite the fact that the military leaders who were in charge had multiple public briefings about it beforehand, with question-and-answer sessions and media releases.  That's how secret and covert Jade Helm 15 was.  And of course, the citizen-militia-types decided that they would turn out to keep an eye on the proceedings, and intervene if necessary, which didn't turn out to be necessary because Jade Helm 15 apparently was exactly what the military leaders said it was, a training operation for ground troops.  But this last in a long line of failed predictions won't stop the conspiracy theorists from deciding that the next time it'll be martial law for real, cross our hearts and hope to die.

Speaking of failed predictions, August saw the publication of next year's Farmer's Almanac, which predicted that we here in the Northeast were going to have a horribly cold, snowy winter.  Apparently, no one bothered to tell the Weather Gods this, because so far, we've hardly had any sub-freezing temperatures, and in fact it hit 70 F on Christmas Eve right here in upstate New York, a.k.a. the Frozen Tundra.  But just like with the Jade Helm conspiracy theorists, I doubt that'll have much effect on the true believers.  I'll make a prediction of my own, which is that Almanac sales next year will be just as high as this year, despite the fact that their forecast basically sucks.

In September we had another viral claim, this one even stupider than the idea that the ancients couldn't see the color blue; that if you eat more than six bananas, you'll die.  This one not only is wildly wrong, it's known where the claim started -- British comedian Karl Pilkington, who had included it in one of his standup routines.  But because comedians are considered more credible sources on dietary information than nutritionists, Death by Banana Overdose made it into mainstream media -- including the BBC.

October finally brought us some good news, when an anti-vaxxer organization called Safe Minds contributed $250,000 to fund a study of the connection between vaccines and autism, and the study turned up... no connection.  Surprise, surprise.  Once again illustrating the accuracy of Neil deGrasse Tyson's quote that "The good thing about science is that it's true whether or not you believe in it."

November gave us a quick way to see if you're being targeted by the Illuminati; type your name into a Microsoft Word document, and see if the spellcheck function underlines it in red.  Red underline = too bad, you're scheduled to be terminated.  Which is good news for the John Smiths of the world, and not such good news for the Zbigniew Mstislavitches.  Maybe the Illuminati have something against people with odd names, I dunno.  In any case, neither my first, middle, nor last name got flagged, which is kind of strange given how much I ridicule the Illuminati.  You'd think that if they'd red-underline anyone, it'd be me.

In December, yet another worldwide cataclysm failed to show, this time in the form of the Christmas Eve Death Asteroid.  I don't know about you, but I'm getting sick and tired of these unreliable apocalypses.  If there's to be death and carnage and destruction, I want it at least to show up when it's scheduled.  I'm tired of having my last fling of sin and debauchery, and then nothing happens, and I have to go back to work all tired and hungover and disappointed.

So okay, maybe this year hasn't shown any progress toward decreasing silliness.  I suppose on the one hand, I should be glad, because such nonsense is what keeps Skeptophilia in business.  Also, I'm firmly of the opinion that you can't be deadly serious all of the time, and it's a good thing that periodically we're able to have a hearty laugh at how completely weird humans are.

In any case, allow me to renew my wishes that you have a wonderful New Year's Eve, and a happy and productive 2016 to come.  See you all next year!
Posted by Gordon Bonnet at 3:32 AM