A panacea for aging

As a relatively healthy 55 year old, I don't spend a lot of time thinking about aging.  I've got creaky knees sometimes, but still run regularly.  I have a few minor issues -- mild high blood pressure that is completely in check with meds, eyesight that used to be better than it is now, a little bit of tinnitus.  But I'm well aware that I've been lucky.

So put simply: I don't mind aging, I just hate all the stuff that can come with it. 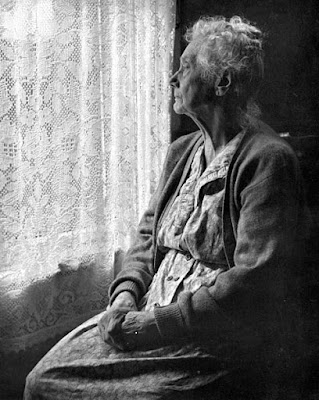 [image courtesy of photographer Chalmers Butterfield and the Wikimedia Commons]

That's why I've watched with interest the research regarding anti-aging therapies.  What we know of the mechanisms of aging has been expanding exponentially; we now have a lot of understanding of the role of telomeres (caps on the ends of chromosomes that shorten as you age, providing a sort of biological molecular clock), apoptosis (pre-programmed tissue death), and oxidative stress (chemical damage from diet and naturally-produced toxic byproducts in the body).  Of these, the telomeres have received the most attention, especially when it was found that reactivating telomerase -- the enzyme that in the young prevents degradation of the telomeres -- doesn't simply halt aging, it can reverse it.

So it was with considerable interest that I read an article that was sent to me by a loyal reader of Skeptophilia yesterday.  Entitled, "First Gene Therapy Successful Against Human Aging," it tells us about a researcher who has performed the first trial of a genetically-based anti-aging therapy -- by testing it on herself.

Elizabeth Parrish, CEO of the gene tech firm BioViva USA, injected herself in September 2015 with two of her company's experimental anti-aging compounds.  One was designed to slow down muscle mass loss, the other to reverse the stem cell depletion that is connected with a whole host of age-related disorders.  The test was ostensibly to demonstrate the safety of the procedure.  But when Parrish was tested in March 2016, it was found that her telomeres had lengthened an amount corresponding with a reversal of aging of about twenty years.

I had to read that part twice, just to make sure I'd read it right.

Parrish, understandably, was elated.  If these results check out, she could well end up a multi-millionaire, if she doesn't end up with a Nobel Prize in Physiology.  "Current therapeutics offer only marginal benefits for people suffering from diseases of aging," Parrish said in a statement. "Additionally, lifestyle modification has limited impact for treating these diseases.  Advances in biotechnology is the best solution, and if these results are anywhere near accurate, we've made history."

Indeed.  Of course, anti-aging therapies open up a whole new realm of ethical problems.  First, how much will they cost?  If the precedents set by the pharmaceuticals industry are any indication, they'll be out of the reach of any but the 1%.  Will they be paid for by insurance?  Unlikely; as much as one could argue that reversing again would, in the long run, save insurance companies money, insurers have not exactly been at the forefront of preventative medicine.  I remember vividly being more than a little outraged when I was preparing for a trip to Southeast Asia, and was told that my health insurance wouldn't cover anti-malarials.  The drugs themselves weren't that expensive -- the issue for me wasn't really the money.  "Don't they see," I fumed, "that paying thirty bucks for a bunch of anti-malaria pills is smarter and far cheaper than paying for combatting an actual case of malaria for the rest of my life?"

But no.  Apparently they didn't see that.  So there's no way, at least at first, that insurance companies are going to spring for anti-aging therapies.

Also, let's suppose that we could slow down aging, to the extent that human life expectancy would be doubled.  From what we know about the mechanisms of aging, what that would mean is that we could expect a much longer period of virtual stasis -- a 120 year old might well look more or less the same as he did at 40.  If this sort of thing became widespread, it'd likely have a serious effect on the world population -- especially when you consider that although women would probably still go through menopause in their forties (the mechanisms of menopause are probably not related to the other factors involved in aging), men would stay fertile for much, much longer.  Unless something went wrong with the plumbing, a 130-year-old guy could well still be fathering offspring.

Then, there's the problem of the economic impact.  What about retirement?  If I at 55 still felt like I did when I was 25, I probably wouldn't be ready to retire from the work world.  But to spend the next sixty years still teaching the same thing in the same school?  I love my job, but for me that falls into the category of "Just shoot me now."  So people would probably have multiple careers, not to mention be much more likely to go back to school to be retrained to do something completely different.

And we'd have to.  No way could the retirement and social security systems, in the United States at least, support a whole bunch of retiring 60-year-olds for the last eighty-odd years of their lives.

There are some upsides.  When an expert individual dies -- a scientist, doctor, researcher, teacher, historian, musician, artist, writer -- that represents an irretrievable loss of information.  People who were making unique contributions to society could do so for much longer, and have much longer to train the next generation.

So the whole thing would turn society upside down.  On a personal level, I won't lie; it's tremendously appealing.  I figure that sooner or later, my luck's bound to run out, and I'll end up with some sort of age-related nonsense to deal with.  We all do, eventually.  But if I could forestall that by another hundred years -- well, all I can say is, sign me up, ethical issues be damned.
Posted by Gordon Bonnet at 3:03 AM