No one would be happier than me if we got unequivocal proof of intelligent life on other planets.  It would demonstrate what I've been saying for years -- that given the right conditions, developing living organisms is straightforward and common.  It would mean that we're not alone in the cosmos, something I'd find reassuring.  And it would give us an opportunity to explore the minds of creatures whose thoughts float on a completely different biological matrix.

I mean, I'm the guy whose favorite movie is Contact.

But all wishful thinking aside, I think it's pretty unlikely that they've come here.  The distances involved are simply too large.  When you consider that the fastest man-made vehicle, the Juno spacecraft, will take five years just to get to Jupiter -- itself only one-sixth of the way out from the Sun in our own solar system -- the idea that even an advanced civilization has crossed the interstellar wastes and come in for a visit is pretty far-fetched.  Science fiction aside, faster-than-light travel really does seem to be impossible.  And fanciful proposals for ultra-fast travel, such as the Alcubierre warp drive, have yet to be proven practical or even possible.

So it was with a great deal of eye-rolling that I read a news story today about the most recent weird twist in the 2016 presidential campaign, in which Hillary Clinton's campaign manager has said that if elected, Clinton will come clean on the government's role in covering up UFOs and alien contact. 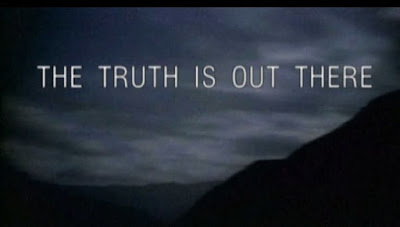 John Podesta, who not only serves as Clinton's campaign chair but was Chief of Staff for President Bill Clinton, sounds pretty serious about this.  In an interview with Jake Tapper on The Lead, Podesta said it's time that the government 'fesses up:


The U.S. government could do a much better job in answering the quite legitimate questions that people have about what's going on with unidentified aerial phenomena...  What I've talked to the secretary about, and what she's said now in public, is that if she's elected president, when she gets into office, she'll ask for as many records as the United States federal government has to be declassified, and I think that's a commitment that she intends to keep and that I intend to hold her to.

Podesta's been on this kick for a while.  Last year, while working for the Obama administration, Podesta tweeted:


Finally, my biggest failure of 2014: Once again not securing the #disclosure of the UFO files. #thetruthisstilloutthere cc: @NYTimesDowd

When Tapper asked Podesta whether he believed in aliens, he sidestepped:


That's for the public to judge once they've seen all the evidence that the U.S. government has...  There are a lot of planets out there.  The American people can handle the truth.

Which certainly sounds like it's a veiled "Yes."  After all, if Podesta didn't think there had been alien contact, what would be the big deal?  He's not likely to say, "The American people can handle the truth that there haven't been any real encounters with extraterrestrials."

Me, I'm skeptical.  Of course, I would be.  Every time there's been news of revelations from government regarding their role in covering up alien contacts, it's turned out to be the same old anecdotal eyewitness stuff that really isn't admissible as evidence.  After all, last year the Air Force declassified and released (online, for free) the files from Project Blue Book, and what was in there turned out to be... not much.  My guess is that even if Podesta and Clinton end up making some grand pronouncement, it's gonna be more of the same.

Even so, the conspiracy theorists are all abuzz about this.  Some are predicting that Podesta is going to be taken out before he has a chance to reveal anything.  Others say that anything Podesta says will have been screened to remove all of the interesting stuff -- just as Project Blue Book was.  Why exactly the government would be so determined to prevent us from knowing that there was intelligent life out there is never fully articulated.  They have their reasons, apparently.  The sinister, all-knowing, all-powerful They.

So we'll see what happens.  My guess is that the whole thing will fizzle, even if Clinton gets elected.  Probably all for the best.  Even if there have been visitors from another world, we have more pressing concerns at the moment, like how not to continue fucking up this world to the point that it's uninhabitable.