Educating your way out of superstition

One of the trends I find the most discouraging is the increase in superstition and religious fanaticism in other parts of the world.

Not that we don't have it here in the United States, mind you.  But I like to tell myself that it's on the wane, whether that's wishful thinking or not.  In a lot of places, however, it's undeniable that violent religious mania is on the rise, and I'm not just thinking about Muslim extremists in the Middle East.  Equally worrying is the explosion in religious-motivated violence in west and central Africa, where the Christians and the Muslims seem to be trying to outdo each other in who can cause the most havoc.

We have Boko Haram in Nigeria and Chad, a Muslim extremist sect specializing in capturing young girls and selling them into what amounts to slavery.  Because that's evidently not spreading misery around effectively enough, Nigerian Christians are also being encouraged by religious leaders to seek out, harass, and kill "witches" -- some of them mere children. 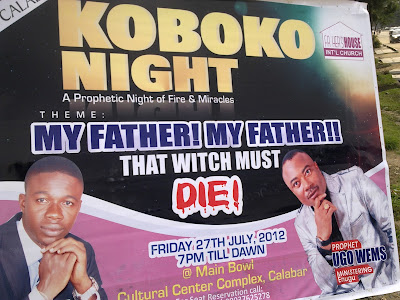 The same sort of thing has been reported from Tanzania, Ghana, Kenya, Gambia, Uganda, and elsewhere -- and those are only the cases that made the news.  Hundreds, possibly thousands, of similar cases undoubtedly never get reported.

So it was with tremendous pleasure that I found out that there is an orphanage in Uganda that was founded specifically to combat such practices -- where orphaned children are not only given care, they are raised to respect reason and logic over fear and superstition.

Called BiZoHa, the orphanage is in Kasese District in southwestern Uganda.  It was an outgrowth of the Kasese United Humanist Association, led by humanist leader Bwambale Robert Musubaho, who has spent his whole adult life fighting the zealotry that is commonplace in his country.  "I’m so concerned with how there is massive indoctrination and dogmatism and a brainwashing of the minds of children in orphanages," Musubaho said in an interview with Inverse.  "My goal here is offer an alternative, so that when these children grow up they are in the position to think freely, to be critical of everything.  One of the reasons I was motivated to open this orphanage was to send a message to the people of Muhokya and the world that we people of non-belief also care about the well being of others, especially children."

Which is about as refreshing a message as any I can imagine.  My experience is that if you can train children to use reason to understand the universe, they are set up to approach their whole lives that way.

It hasn't been easy.  Uganda is a staunchly religious country where there is a presumption of religiosity.  Musubaho considers himself an atheist, a stance that most Ugandans cannot even imagine.  "The religious conservatives continue to wonder how one can live without a belief in a god," he said.  "I am not shy when telling them who I am as a person, and I am always proud to call myself a non-believer.  This has given me a platform to tell them that you don’t have to believe in a god or gods to be a good person."

Which, I have found, is an uphill battle even in a country where there isn't an automatic assumption that you belong to a religion.  "How can you be a moral person?" is one of the most common questions I'm asked when people find out I'm an atheist.

As if the only thing restraining people from stealing, raping, and murdering is being under threat from a deity.  Myself, I hope you're refraining from murdering me not solely on that basis.

So as always, the important thing is mutual understanding, and Musubaho is approaching the whole thing the right way.  I strongly urge you, if you are able to afford it, to contribute to BiZoHa.  This is a place where your contributions can make a direct difference for children, and foster a humanist message in a country that is in sore need of it.

And their message is spot-on.  Right in their mission statement are the words, "Rely on Reason, Logic, and Science to understand the universe and to solve life’s problems."  Which is a standard that should be followed everywhere.

Equally poignant is the sign at the entrance to BiZoHa that reads:  "Education is the Progressive Discovery of Our Own Ignorance."
Posted by Gordon Bonnet at 3:02 AM