First, we had Canadian Prime Minister Stephen Harper imposing a rule on scientists mandating that their research pass government approval (i.e., not say anything that contradicts the party line) before they could publish it.  That rule was, fortunately rescinded within nanoseconds of Justin Trudeau winning the election last November, once again allowing scientists to speak to the media freely.

Then, here in the United States, we have such intellectual featherweights as Lamar Smith and James Inhofe at the helm of committees overseeing scientific research -- making about as much sense as putting weasels in charge of a henhouse.  The result has been round after round of budget cuts for scientific agencies, a pledge to shut down the Environmental Protection Agency, and a campaign of harassment against climatologists researching anthropogenic climate change.

Now, presumably because this has all worked out so well for Canada and the United States, the leadership of the United Kingdom are doing exactly the same thing.

According to an op-ed piece by Robin McKie in The Guardian, the Cabinet Office has decided that researchers paid by government grants will be banned from lobbying for changes in laws or regulations. 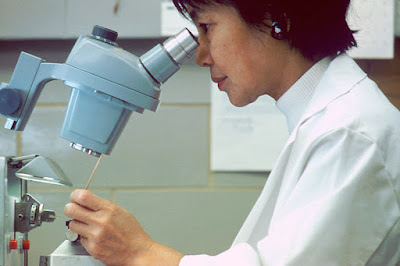 I'm sorry, but isn't science supposed to inform government, and not the other way around?  The universe really doesn't give a rat's ass if you're liberal or conservative; data has no political spin.  The desperation of politicians to muzzle scientists when the science they're working on is inconvenient for the dominant political agenda is maddening at best and dangerous at worst.  Despite forty years of warnings from the scientific community, we here in the United States have sat on our hands with respect to all of the problems that come with runaway fossil fuel use -- environmental degradation from oil drilling and fracking, skyrocketing levels of carbon dioxide and methane in the atmosphere, and a global temperature rise that is predicted by mid-century to melt most of the Earth's remaining on-land ice, raising sea levels enough to inundate nearly all of the world's coastal cities.

And why?  Because of a disinformation campaign waged by anti-science politicians who are being funded (i.e., controlled) by the petroleum industry.  (I can't even bring myself to call them "climate change deniers" any more; at this point, the data are so completely clear that in order to disbelieve in climate change, you'd have to ignore the evidence deliberately and completely.)

Despite all of this, the British government is going ahead with its policy of keeping the experts out of the decision-making process.  As Robin McKie writes:


The government move is a straightforward assault on academic freedom...  [C]ritics highlight examples such as those of sociologists whose government-funded research shows new housing regulations are proving particularly damaging to the homeless; ecologists who discover new planning laws are harming wildlife; or climate scientists whose findings undermine government energy policy.  All would be prevented from speaking out under the new grant scheme as it stands.

Cambridge University zoologist William Sutherland agrees.  "If they go ahead with this new anti-lobbying clause – and they are leaving it very late if they are not going ahead – then we will have many more poor decisions being made by government for the simple reason that it will have starved itself of proper scientific advice."

The illogic of preventing the people who know the most from influencing public policy is apparently obvious to almost everyone except the ones in charge.  "Politicians don’t have to agree with scientists, but does anyone believe we will make better decisions without hearing what the evidence says on flooding, climate change, statins and e-cigarettes?" said Fiona Fox, head of Britain's Science Media Centre.  "The anti-lobbying clause will send some of our best researchers back to the relative safety of the laboratory and away from the media fray they already fear.  That will be a victory for ignorance and a blow for the evidence-based policy that our politicians claim to want."

"Claim" being the operative word, here, because as we've seen over and over again, most politicians are only interested in science if it supports the views that are expedient for their political agenda.

So the whole thing is infuriating, and it's to be hoped that the outcry from scientists and science-minded citizens will overturn this decision.  In other words, that they follow Canada's example, and not the United States', where (by and large) the anti-science types are still running the show.  Here in the US, my fear is that it will take some kind of catastrophe to demonstrate that letting the tail wag the dog is a bad idea -- and by then, it will be too late.
Posted by Gordon Bonnet at 2:06 AM