If you react to people challenging your beliefs by calling them frauds, shills, or sellouts, it's a pretty good indication that you're on shaky ground yourself.

The topic comes up because of the response the anti-vaxxers had to the shift in allegiance of a woman named Carmit, whose decision not to be vaccinated for whooping cough resulted in her newborn contracting the disease. 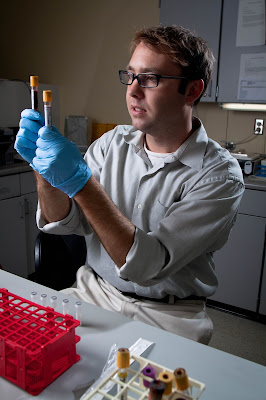 Carmit realized her role in her infant's illness, and made a plea for pregnant women to receive a whooping cough booster so that others would not have to go through what she and her daughter did.  "I wish I could turn back time," she said.

Her widely-publicized video brought the anti-vaxxers howling out of the woodwork.  Here's a sampling of the vitriol Carmit had thrown her way.

From someone who evidently has never heard of the No True Scotsman fallacy (or punctuation):

Well, to start with, whooping cough is caused by a bacteria (Bordetella pertussis), not a virus.  And even with a vaccine for a viral disease, you don't "shed" live virus after being vaccinated.  But why bother with science, right?

Then we have someone saying that there's no way that an honest person could have evaluated the facts and changed her mind:


What a crock of crap.  No anti vaxxer upon learning the truth, there is no going back... ever.

Then she started to have accusations of being a fake, someone hired by the hospital or the pharmaceuticals industry to hoodwink people:


This woman looks so familiar im [sic] trying to find out from where...  I know I jave [sic] seen her before and thats [sic] a bit sus [sic] as i too think it might all be made up

I just wonder if it's a made up story and she's a paid pharma actor.  Can anyone get her image and use google image search to see if you can find her real name.

Shill!  She should be ashamed of herself!

Then we heard about how the hospital set the whole thing up:


So many weeks in hospital, sleep deprived, you can be brainwashed to believe anything and they push hard at you with multiple doctors.  My suspicion is that they gave the baby antibiotics which makes whooping cough worse and they have taken advantage of her and got her to read from a script.

After that, the accusations became even wilder -- including that Carmit's daughter in the video was actually a doll:


GC health is running a campaign to increase pregnant mum vaccines.  The lady is a paid actor with a doll.  It's going ballistic and makeing [sic] people think pregnant women need a shot to save their baby from whooping c.

The kids [sic] neck looks like it's about to break and you never see it move or breath during the whole video.  The lady really does have a baby but this may just be a fake to scare us all.

Sweetie this is a fake prop baby.  I've been in the film industry for over 25 years.  She is an actress and that is a doll.  Jeez.

Others chimed in with suggestions for what she could have done instead:

Right.  Colloidal silver.  Which besides being generally useless, has as a side effect turning your skin blue-gray -- permanently.

And then we hear that this is a false flag to distract us from discredited anti-vaxx researcher Andrew Wakefield's film Vaxxed, which came out on the same day as Carmit posted her video:


This story came out on the same day that Vaxxed was released.  The biggest load of crap propaganda.  Have you watched the video?  Obviously an actor.  And her "baby" doesn't move or even breathe.  I call bullshit.

And finally, we reach Conspiracy Theory Nirvana, wherein we find out that the entire story is made up -- neither Carmit nor her baby is real:


That whole story is made up.  It's part of the pro-vax campaign.  Campaigns are organised, so this story is too.  The story is full of contradictions and other absurdities.  Even if you don't know anything about the topic then still it's a very strange story that should raise a lot of red flags.

The whole thing is nauseating.  It's appalling that someone would be so desperate to cling to their counterfactual stance that they would respond to a challenge with slander, accusations of lying, and even doubts that the challenger exists.  What, are you so sure of yourself that you can't imagine anyone looking at the facts and coming to a different conclusion?

Or are you just aware you're on such thin ice that you lash out at anyone who points it out?

In any case, I'll end with a wish for continued good health for Carmit and her daughter.  I'm deeply sorry that on top of illness, you're having to put up with threats, accusations, and libel.  But at least this shows up the anti-vaxxers for what they are; anti-science, anti-fact, and more concerned with their preconceived notions than they are with truth or compassion.
Posted by Gordon Bonnet at 2:19 AM