As a skeptic, I'm all for testing claims.  That's what the scientific method is all about.  You think you have an idea about how some physical process works?  Design an experiment, collect some data, and see if you can support your hypothesis.

Which is the approach that businessman Paul Salo is taking...

... with respect to whether or not a jet collision could have collapsed the Twin Towers. 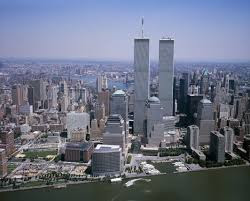 I kid you not.  This guy wants to recreate the World Trade Center disaster, in the name of science, to test the conspiracy theorists' claim that 9/11 was caused by explosives planted in the building, not the jet collisions.  So he's started an IndieGoGo campaign to raise money.  Here's how he describes his project:


Many people want to know more about 9-11.  We are like a Mythbusters for September 11th.  It's an important project for many reasons.  Many people doubt various details of 9-11. As the world has changed our trust in government and media has declined significantly.  We want to see for ourselves.  We don't need people to guide our thinking. In this project we will recreate 9-11 to the best of our ability given the funds raised.  Our ultimate goal is a fully loaded 767 and a similar structure to the WTC.  We will crash the fully loaded (with fuel) plane (complete with black box) into the building using autopilot at 500 MPH...

You can be a part of this.  How will it end up?  Will the plane disintegrate?  Will the black box disappear?  Will the out of date passports we scatter in the plane survive?  You will see it all.  We aren't trying to prove anything either way.  We will recreate the event and let the chips fall where they may.

Which, I suppose, is approaching things the right way.  It only raises a couple of teeny little problems, though: in order to recreate 9/11, you need to purchase, and then destroy, a 767 jumbo jet and a 110-story-tall skyscraper.  Also, given that most skyscrapers are in cities, you have to be willing to smash an airplane into a building in the middle of (for example) downtown Newark.

Or, more accurately, the people who run Newark have to be willing.  Which I have a hard time imagining, even considering that it's Newark we're talking about.

Salo and his team are aware at least of the financial repercussions of his proposal:


We need about $1,500,000 to purchase the plane and building and to pull this complex event off.  The fuel alone is over $100,000!  I'll document everything on 911redux.com and you will be on our newsletter and have full access to our weekly webinar updates.

He's pretty optimistic about the whole thing, although he did admit that there's a possibility that he won't meet his goal.  Undaunted, he says that if he doesn't, he will simply "purchase a smaller plane and building."

Notwithstanding that he is raising cockeyed optimism to unprecedented heights, I can't fault his general approach.  You want to understand something, you design a way to find out.  Crowdfunding is uniquely suited to this type of thing, even if his goal does seem a little pie-in-the-sky.

And his experiment also has the other appeal of Mythbusters: the pure joy of watching things explode.  If Salo really can run this test (even with "a smaller plane and building"), I would watch the hell out of this.  So I wish him the best of luck.  Although if he does succeed, I would caution him against moving on to bigger and better things.  Recreating the eruption of Mount St. Helens, for example, would probably not end well.
Posted by Gordon Bonnet at 3:37 AM