If you needed further evidence that being in an administrative role does not necessarily mean you have any idea what you're talking about, witness the pronouncement by Head Teacher Graeme Whiting of Acorn School, a private school in Nailsworth, Gloucester, England, to wit:  children should not read fantasy literature because it will damage their "sensitive subconscious brains."  Instead of Tolkein, Lewis, L'Engle, Rowling, and McCaffrey, he said, students are better off reading classics such as Shakespeare, Shelley, Wordsworth, et al.


I want children to read literature that is conducive to their age and leave those mystical and frightening texts for when they can discern reality, and when they have first learned to love beauty.

Harry Potter, Lord of the Rings, Game of Thrones, The Hunger Games, and Terry Pratchett, to mention only a few of the modern world's 'must-haves', contain deeply insensitive and addictive material which I am certain encourages difficult behaviour in children; yet they can be bought without a special licence, and can damage the sensitive subconscious brains of young children, many of whom may be added to the current statistics of mentally ill young children...

Buying sensational books is like feeding your child with spoons of added sugar, heaps of it, and when the child becomes addicted it will seek more and more, which if related to books, fills the bank vaults of those who write un-sensitive books for young children!

Children are innocent and pure at the same time, and don't need to be mistreated by cramming their imagination that lies deep within them, with inappropriate things.

Starting with the fact that this makes me want to shout "CITE YOUR SOURCES" in Mr. Whiting's face every other sentence, there are a few problems with this claim.

First, has he actually read any "classic literature?"

Let me give you an example.  My school is currently having a contest for both students and staff wherein if you read a hundred books in four years, you get your name painted on the library wall.  Of the hundred books, twenty of them have to be classics.  The result is that I am now in the middle of Emily Brontë's Wuthering Heights.  Consider the following "inappropriate things" that I have so far discovered therein:

The characters are, one and all, horrible people.  Heathcliff, who I think we're supposed to relate to or at least empathize with, is a sadistic sociopath.  His thwarted lover Catherine is a whining, petulant, narcissistic shrew who goes on a hunger strike every time she doesn't get her way.  Edgar Linton (perhaps the most sympathetic character in the story, which isn't saying much) is a weak-willed milquetoast.  His sister Isabella appears to have no brains whatsoever.  Catherine's brother Hindley Earnshaw is a violent drunk, his son Hareton a swearing, sneering brat.  The servants are no better; Nelly Dean, the narrator through most of the book, meddles continuously with the result of making the already bad situation truly awful, and Joseph is a sullen religious nutter who speaks in a garbled patois that appears to be some bizarre hybrid between Yorkshire dialect and Esperanto.

"A romantic classic," the back cover says.  Really?  This romance for the ages starts with Heathcliff and Catherine falling madly in love with one another.  As a result, and because this makes total sense, Catherine decides to marry Edgar, then torments him for years as if this was his fault.  Heathcliff, however, evidently learns from Catherine's example that marrying someone you dislike out of spite is a great move.  Because he then follows suit, marries Edgar's sister Isabella, and on their honeymoon he is so angry at Isabella for not being Catherine that he hangs her dog.

Of course, being a romantic classic, one after the other of them come to bad ends.  So the entire story is 325 pages about really nasty people who are dying, just not nearly fast enough.

And Shakespeare?  What about the lovely, sensitive, and appropriate stories of King Lear and A Winter's Tale and (heaven forfend) Titus Andronicus?  The sex and violence is certainly not confined to the Bard of Avon, either.  Consider, for example, the Greek classics.  I actually really like Sophocles, and his plays are mostly about the cheering themes of incest, parricide, and damnation.

The second problem is not only does Mr. Whiting evidently not know the classics, he doesn't know much about fantasy literature, either.  So reading fantasy novels encourages "difficult behaviour" and results in "mental illness?"  I think you would have to go far to find a character that embodies loyalty more than Sam Gamgee, one that demonstrates the power of love in redemption more than Severus Snape, one that is a better role model for steadfastness and courage than Hazel from Watership Down, one that twists together yearning and loss and grief and beauty more heart-wrenchingly than Taran (from the sadly little-known five-volume Chronicles of Prydain by Lloyd Alexander).  Those characters resonate precisely because they appeal to our higher selves, give us a sense that we can rise above our challenges and meet life head-on. 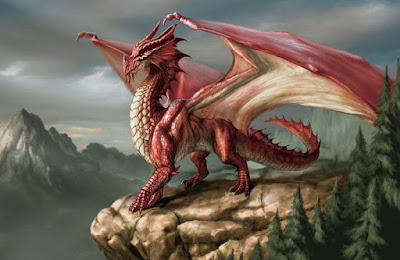 Now understand: I'm not saying that all fantasy literature is appropriate for all ages.  Game of Thrones, for example, is clearly targeted toward adults.  But to tar all fantasy literature with the same brush is idiotic.  And the claim that children are somehow damaged from reading A Wrinkle in Time is absurd.

However, despite my generally negative impression of Wuthering Heights, I think kids should read the classics, too.  I didn't read Shakespeare until I was a freshman in college, which I think is pitiful.  (And when I reluctantly started reading Othello in my freshman lit class, I was transfixed -- and couldn't believe what I'd been missing.)

Children (and adults) should read all kinds of books, from light entertainment to deep and thought-provoking literature that will still be with them years later.  The point is to enter a different world on the first page -- and to have your mind come out different when you reach the last one.