It's all in the wrist

As the science has become more sophisticated, the creationists have had to resort to their own sort of sophistication to fight it.  Witness (if you don't mind doing repeated headdesks) Answers in Genesis's recent "paper," "On the Origin of Human Mitochondrial DNA Differences, New Generation Time Data Both Suggest a Unified Young-Earth Creation Model and Challenge the Evolutionary Out-of-Africa Model."  (If you would understandably prefer not to risk valuable brain cells, and also give AIG further hits on their hit tracker, the gist is that if you pick and choose, you can use mtDNA data to show that some human haplogroups can be traced back to a common ancestor about 6,000 years ago.  Therefore Adam and Eve, apparently.  How they explain the fact that you can use the precisely same method to show that humans and chimpanzees shared a common ancestor between 6 and 7 million years ago, I have no idea.)

Likewise, as the evolutionists have become better at using media to give access to their information, the creationists have done the same.  So it's not surprising that the young-earth crowd has taken to splashy publicity blitzes to spread their message, like Ray "Mr. Banana" Comfort's dubious strategy of giving out his new book Fat Chance: Why Pigs Will Fly Before America Will Have an Atheist President along with Subway gift cards at Reason Rally 2016, costing him $25,000.

Myself, I have no problem with this.  Can you imagine what will happen when Comfort and his crew hand out his book and the gift cards at an event where 99% of the attendees are secular rationalists?  My guess is that they'll accept, chuck the book, and go get a nice foot-long sub with the works at Ray's expense.

Equally sketchy is an order by an evangelical group for over a hundred thousand silicone wristbands that say "DEBUNK EVOLUTION" in large unfriendly letters.  The owner of Rapid Wristbands, Fiyyaz Pirani, couldn't refuse; for one thing, it was a hefty order and represented a lot of money to his company.  For another, he didn't want to do the same thing that the Christian cake bakers did, which is to refuse to serve someone on ideological grounds.

So what did he do?

He accepted the order, and when the fundamentalist ministry who ordered the wristbands paid up, he donated the whole shebang (an amount of over $4,000) to the National Center for Science Education.

"I’m thrilled to donate to a cause I really believe in," Pirani said.  "NCSE has labored for years to keep creationism out of the public schools, and I’m pleased that my company’s donation will help it continue its valuable work."

So I only have one thing to say to the ministry that ordered the wristbands: 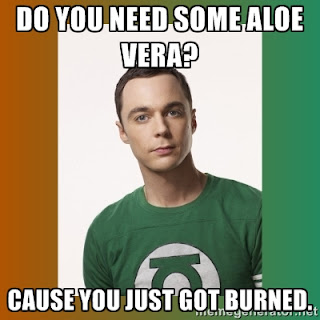 As marketing strategy backfires go, this ranks right up there with Mitsubishi's decision to name their car model the "Pajero," neglecting the fact that "Pajero" means "wanker" in Spanish.

As far as NCSE goes, they (of course) happily accepted the donation, and were far more mature than I would have been had I been their spokesperson.  Explaining, probably, why I will never be their spokesperson.  "We admire RapidWristband.com’s way of responding to unwelcome orders," said Ann Reid, NCSE’s executive director.  "It’s more ethical than refusing to fulfill them—and more constructive."

Not to mention about a thousand times more hilarious.

So that's our news for today from the folks who (in Sam Harris's trenchant words) believe that the Earth was created a thousand years after the Sumerians invented glue.  Myself, I love it when things work out this way.  Poetic justice is always a better option than getting combative.  Not only is it more effective, it stings a hell of a lot worse.
Posted by Gordon Bonnet at 2:02 AM