Remembrance of immorality past

Like most of us, I try to act morally.  I do my best to tell the truth, respect others' feelings and belongings, follow through when I say I'm going to do something.

But like most of us, I fall short sometimes, much to my own chagrin.  It's inevitable, I suppose; we all stumble, make mistakes, succumb to temptation, indulge in fits of peevishness and anger and envy.

I recall those moments with considerable embarrassment, however.  And now two researchers have published research suggesting that we remember fewer of our unethical moments than we believe we do.

Maryam Kouchaki of Northwestern University and Francesca Gino of Harvard Business School collaborated on research that appeared this week in The Proceedings of the National Academy of Sciences.  Entitled, "Memories of Unethical Actions Become Obfuscated Over Time," the gist of the study was as follows:

Which is a little disheartening.  I've been aware for years that memory is far more plastic and unreliable than we are most times willing to acknowledge; but I've always thought that its malleability was random, and that we were equally likely to forget or modify the memory of anything with equal emotional charge.  (It hardly bears mention that highly charged memories are more likely to be recalled than emotionally neutral ones are, regardless of content.). 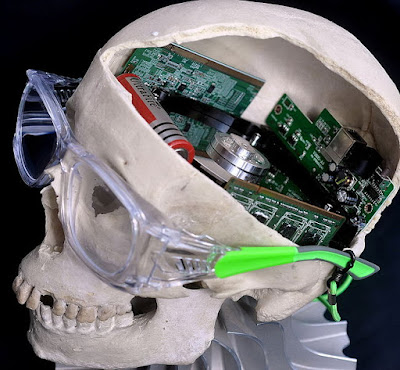 [image courtesy of photographer Michel Royon and the Wikimedia Commons]

Now, it appears, we are wired to be selective -- remembering the pleasant memories in which we acted according to our own moral codes, and forgetting the unpleasant ones in which we breached ethical standards.  "We speculated…that people are limiting the retrieval of memories that threaten their moral self-concept and that is the reason we see pervasive ordinary unethical behaviors," Kouchaki wrote.  "Strong consequences might reduce unethical amnesia with your rationale.  However, the emotional pain caused by remembering severely negative consequences could work as even more motivation to forget that we acted immorally in the first place."

It might be natural for us to forget our misdeeds, but it's hardly constructive.  I've often cast a wry eye at the pop-psychology approach to good mental health that involves getting rid of "guilt feelings."  You know what?  There are times when we should feel guilty.  When we hurt someone's feelings or person, lie, cheat, steal, or slander, we should remember those actions with humiliation.  Those feelings are an impetus not only to make up for what we've done (insofar as it is possible), but never to repeat it.  Without those brakes on our behavior, how much more damage would we do to each other?

So Kouchaki and Gino's study turns out to be a bit of a cautionary tale.  We sometimes lie to each other -- but what we humans seem to excel most at doing is lying to ourselves.
Posted by Gordon Bonnet at 2:00 AM