The enlightened amongst us like to think that they're free from biases and prejudice, that they treat everyone fairly, that they make no judgments about people until they have information.

Unfortunately, that's probably not true.  A study by Jonathan Freeman et al. at New York University that appeared last week in Nature Neuroscience has shown that we all are susceptible to stereotyping people based on gender and race -- and that those stereotypes are remarkably hard to eradicate.

What Freeman and his team did was to take advantage of a technique for detecting unconscious cognitive impulses.  Using sensitive mouse-tracking software, the researchers were able to monitor split-second movements of the hands of the test subjects.  Presented with a variety of photographs of faces, and a list of descriptors ("angry," "happy," "fearful," "neutral," etc.) the participants had to select the word they thought was most appropriate -- but the software was keeping track of where their hands went as soon as the photograph flashed on the screen. 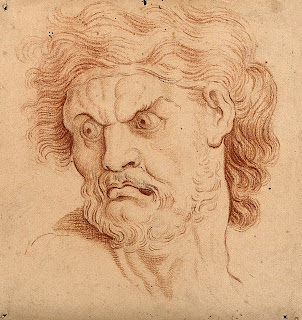 What happened is that the ultimate word selection is often not what the test subject had initially moved toward.  And far from there being no correlation -- in other words, that the initial hand motion was random until the subject decided his/her actual answer -- the unconscious impulses followed a rather disturbing pattern.

Female faces were far more likely to elicit a movement toward words like "happy" or "passive" or "appeasing," regardless of the actual expression their faces showed.  Men generated movement toward "strong," "aggressive," and "dominant."  More troubling still, photographs of African American males caused people to tend toward "angry" and "hostile."

And remember, these judgments were completely independent of the actual expression of the person in the photograph.  A neutral African American male still triggered negative judgments, a frowning female face labels of passivity and compliance.

"Previous studies have shown that how we perceive a face may, in turn, influence our behavior," said Ryan Stolier, an NYU doctoral student and lead author of the research. "Our findings therefore shed light upon an important and perhaps unanticipated route through which unintended bias may influence interpersonal behavior."


"Our findings provide evidence that the stereotypes we hold can systematically alter the brain's visual representation of a face, distorting what we see to be more in line with our biased expectations," Freeman said.  "For example, many individuals have ingrained stereotypes that associate men as being more aggressive, women as being more appeasing, or Black individuals as being more hostile—though they may not endorse these stereotypes personally.  Our results suggest that these sorts of stereotypical associations can shape the basic visual processing of other people, predictably warping how the brain 'sees' a person's face."

These findings are unsettling.  A lot of us like to think that we've grown past our tendency to make snap judgments about people based on their ethnicity and gender, but it turns out that we may not be as free of them as we believe.  You have to wonder how much these sorts of tendencies play in to things like the targeting of African American males by policemen.  When an instantaneous reaction on the part of a police officer can mean the difference between life and death, there may not be time to override the unconscious jump to judgment that all of our brains make, and that the rest of us have the leisure to rethink.

So are we all bigots at heart?  The conclusion may not be as dire as all that.  The virtue is not in eliminating automatic stereotypical thinking, but in becoming conscious of it, in not letting those thoughts (which are almost certainly incorrect) go unquestioned.  It behooves us all to consider what goes on in our brains as rationally as possible, and not simply to accept whatever pops into our minds as the literal fact.

Or, as Michael Shermer put it:  "Don't believe everything you think."
Posted by Gordon Bonnet at 1:57 AM