The price of precaution

Note that this is not saying we can predict and prevent every disaster.  Mother Nature has a mean curve ball.  But there are all too many instances of the powers-that-be hearing, acknowledging, and then ignoring the advice of the scientists and other experts, with devastating results.

Let's look at a quick example before I tell you what this post is really about.


The Everglades were once a sawgrass, cypress, mangrove, and palmetto wetland encompassing most of the southern tip of Florida.  Through this wetland flowed a 100 kilometer wide sheet of water slowly making its way to the Gulf of Mexico and the Atlantic Ocean.  The wetland acted as a natural filter, and the water entering the sea was remarkably pure and sediment-free.  The area was home to hundreds of native species, some found nowhere else on Earth, and hundreds more used it as a stopover point on migration. 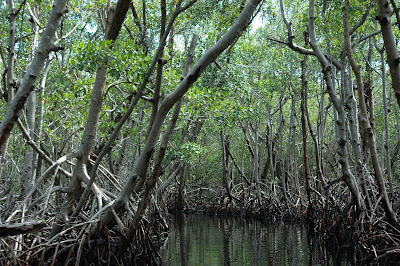 The Everglades [image courtesy of the Wikimedia Commons]

The problem is, you can't raise cattle, grow oranges, or build houses in a wetland.  So in the first few decades of the 20th century, the Everglades were "improved" -- that is, turned into a patchwork of swamp with 2250 kilometers of canals, levees, and spillways designed to drain land for settlement.  The 160 kilometer long Kissimmee River was “straightened” by the Army Corps of Engineers for flood control; it’s now 84 kilometers long and has drained the wetlands north of Lake Okeechobee, which farmers turned into cow pastures.

In 1947, ecologists saw what was happening, and lobbied for protection.  In that year the founding of Everglades National Park attempted to conserve part of it, but you can't draw an arbitrary line around a piece of land and assume that what happens outside the line won't matter.  Continued development progressively cut off the water flow to the wetland, and in the following years between 75% and 90% of the park’s wildlife (depending on how you count the toll) disappeared.

Fast forward to 1990, when finally the Florida state government took notice -- prompted not by the recognition that Everglades National Park is one of the most damaged national parks in the United States, but because without the wetland, farmers and landowners were beginning to see problems.  The Everglades acted as a water catchment, and its reduced size caused a loss of fresh groundwater.  Not only did this compromise agriculture, it led to saline intrusion into wells, and the opening up of limestone sinkholes -- some big enough to swallow houses.  The sediment and fertilizer runoff that was once filtered by the marsh was now being ejected into the Gulf of Mexico and the Atlantic Ocean, killing fish, fouling coral reefs, and clouding the water.

The result was that in the late 1990s the government of Florida reluctantly agreed to the world’s largest ecological restoration project, to be carried out between 2000 and 2038.  It plans to restore the Kissimmee River to its original course, buying up farmland and creating new wetlands for both wildlife habitat and to filter agricultural runoff, and to create 18 large reservoirs to supply drinking water and slow down freshwater diversion.

At a cost to taxpayers of $7.8 billion.  To, if I haven't hammered in this point strongly enough, undo everything that we've done in the past eighty years, and return things back to where they would have been if we hadn't screwed them up royally in the first place.

This all comes up because two days ago, Crestwood Midstream, the company that is planning to expand natural gas storage in salt caverns underneath Seneca Lake, received a last-minute two year extension from the Federal Energy Regulatory Commission on their rights to use the site.  It had been hoped that FERC would come to their senses and deny the permit, but whether money talked or the officials at FERC simply shrugged and said, "Well, nothing bad has happened yet," they chose to allow the Texas-based company to continue in this reckless and irresponsible practice. 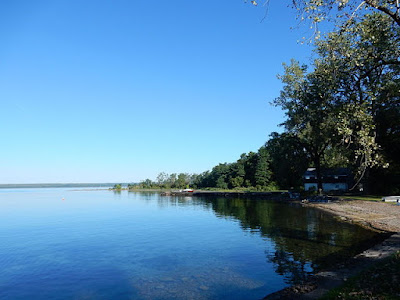 Just how reckless and irresponsible are we talking about, here?  All it should take is one statistic to convince you: salt cavern storage accounts for only 7% of the total underground storage of natural gas in the United States, but was responsible for 100% of the catastrophic accidents from natural gas storage that resulted in loss of life.

A major accident here in the form of a cavern breach wouldn't just endanger the workers at Crestwood Midstream's facility in the Town of Reading; it would result in the salinization of the south end of Seneca Lake, one of the largest freshwater lakes in the Northeast, and the source of drinking water and water for irrigation for tens of thousands.  It would imperil the Finger Lakes wine industry, one of the biggest sources of revenue and tourism in the area.

Worst still, it would be damn near impossible to clean up.  You think the bill for wrecking the Everglades was high?  That's nothing compared to what it would take to rectify a salt cavern collapse and the resulting explosion.  If it was remediable at all.

And how likely is this?  Is this simply a panicked overreaction?  Another fact might clarify: a mere fifty years ago, a 400,000 ton chunk of the roof of one of the very salt caverns Crestwood is proposing to use caved in.

Imagine what the result would have been had the cavern been filled with natural gas.

Put simply, the precautionary principle isn't alarmism.  Oddly enough, we have no problem with the idea with respect to our homes, health, and lives; why it's so hard for people to swallow with respect to the planet we live on is incomprehensible to me.

And for a government regulatory commission like FERC to give Crestwood carte blanche to proceed with this potentially devastating plan is the height of irresponsibility.
Posted by Gordon Bonnet at 1:56 AM