A win against hypocrisy

A couple of days ago, it was "Heterosexual Pride Day," which gave me an opportunity to reflect on the long, hard road I've had coming out and being accepted as a straight white cis-gender male.  A day to stand up tall and not be afraid to be who I am.

Or as the rest of the world calls it, every other damn day of the year.

I suppose the only cheering thing about this dazzling display of "I Don't Get It" is that it's indicative that we've made some strides in accepting that sexual orientation and gender identification aren't as either/or as the bigots of the world would like us to believe.  We're finally approaching a place where LGBT individuals have both recognition and a voice, which means that inevitably there's going to be some backlash.

The fact that we're moving forward, if too slowly for a lot of us, is supported by news out of (of all places) Mississippi, where a federal judge has blocked House Bill 1523, euphemistically called by its supporters the "Religious Freedom Law."  Because in some people's minds "religious freedom" apparently means "freedom to discriminate."  These are the same people who worship a figure who is described in the bible as socializing with (and caring about) prostitutes and tax collectors, and yet somehow they still think it's a sin to bake a cake for a gay couple. 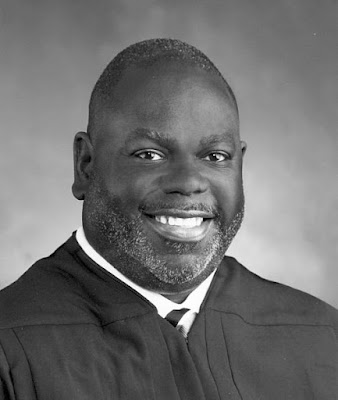 Here is a bit of the actual opinion:


The Establishment Clause is violated because persons who hold contrary religious beliefs are unprotected – the State has put its thumb on the scale to favor some religious beliefs over others.  Showing such favor tells “nonadherents that they are outsiders, not full members of the political community, and . . . adherents that they are insiders, favored members of the political community.” Santa Fe Indep. Sch. Dist. v. Doe, 530 U.S. 290, 309-10 (2000)...  And the Equal Protection Clause is violated by HB 1523’s authorization of arbitrary discrimination against lesbian, gay, transgender, and unmarried persons...

As the Obergefell majority makes clear, the First Amendment must protect the rights of [religious] individuals, even when they are agents of government, to voice their personal objections – this, too, is an essential part of the conversation – but the doctrine of equal dignity prohibits them from acting on those objections, particularly in their official capacities, in a way that demeans or subordinates LGBT individuals...

In this case, moreover, it is difficult to see the compelling government interest in favoring three enumerated religious beliefs over others.  “[T]he goal of basic ‘fairness’ is hardly furthered by the Act’s discriminatory preference” for one set of beliefs. Edwards, 482 U.S. at 588.  It is not within our tradition to respect one clerk’s religious objection to issuing a same-sex marriage license, but refuse another clerk’s religious objection to issuing a marriage license to a formerly-divorced person.  The government is not in a position to referee the validity of Leviticus 18:22 (“Thou shalt not lie with mankind, as with womankind: it is abomination.”) versus Leviticus 21:14 (“A widow, or a divorced woman, or profane, or an harlot, these shall he not take.”)...

Religious freedom was one of the building blocks of this great nation, and after the nation was torn apart, the guarantee of equal protection under law was used to stitch it back together.  But HB 1523 does not honor that tradition of religion freedom, nor does it respect the equal dignity of all of Mississippi’s citizens.  It must be enjoined.

To which I would only have added, "Booyah!"  (Illustrating why I did not choose law as a career.)  I think it was that second-to-last paragraph that I enjoyed the most; pointing out that the folks who would like to exercise their bigotry against LGBT people usually don't blink an eye about other things that are prohibited in the bible -- like divorced people remarrying, like eating shellfish, like women stating their opinions on religious matters.  (The latter was considered so important that it appears in two places, 1 Timothy 2:12 and 1 Corinthians 14:34 -- the actual quotes are, "I suffer not a woman to teach, nor to usurp authority over the man, but to be in silence" and "Women should remain silent in the churches.  They are not allowed to speak, but must be in submission, as the law says.")

The upshot of it all is that we're making progress toward treating all people with dignity -- however slow the motion forward is, we are moving forward.  And to Judge Carlton Reeves, I can only say thank you on behalf of my LGBT friends.  It's about time someone in an official capacity stands up and calls out these "religious freedom laws" for the bigoted hypocrisy they are.